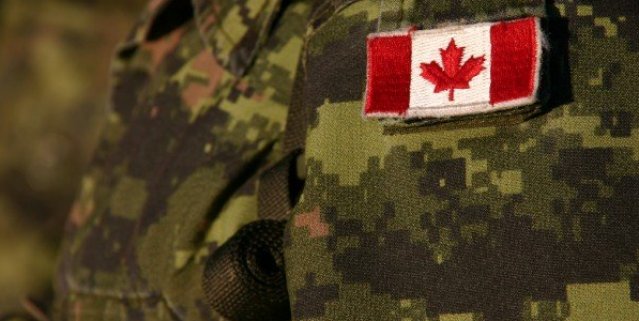 In December of 2012, I reported that several retired officials from FEMA were relocating to the rolling hill areas in North Carolina. Their enclaves contained the same resources involving air, water, food and guns. These enclaves also included underground structures which are sensibly self-contained and can serve to isolate the inhabitants from the outside.

I personally knew one ex-FEMA official who chose to relocate with several like-minded people because of what was coming. In a conversation with both the ex-FEMA official and his wife, they told me the following:

1. A major military crackdown is coming to America and it will emanate from agencies within the United States government and the intended targets are the citizens of this country.

2. Millions will be incarcerated in mass detention centers for their suspected anti-establishment views. Most of these detainees will never see freedom again as the majority will be exterminated.

3. Martial law will be declared and the operation will eventually give way to United Nations control.

4. The ex-FEMA official did not want to be caught in the middle, hence the move to isolate his family with likeminded people.

5. The former FEMA official informed me that there is a hierarchy of institutionalized martial law protocols that will be enforced. This will include a false flag attack which will lead to a declaration of martial law. Martial law will initially be enforced by the U.S. government, with Canadian and Mexican assistance. Later, the  UN will be present and will be led by the Russians, If mass arrests fail to quell the ensuing widespread dissent, stronger measures will be employed. The stronger measures include bio-terrorism. These will be the weapons of last resort. The specialty of this ex-FEMA official was bioweapons counter terrorism.

The ex-FEMA official felt that relocation was his best insurance in order to avoid being “Blue Listed”. As with the Nazi Brown Shirts who carried out Hitler’s dirty work, the henchman who are carrying out Red List extractions and executions will someday be targeted themselves in an attempt to cover up the event. He felt that would be his fate, because of his expertise in counter bioterrorism, should bioagents be released upon the American public during times of extreme dissent.

In October of 2012, I asked this person how long he thought we had and he said I would be surprised if this goes much beyond two years. Along these same lines, Doug Hagmann has revealing the contents of “Rosebud“, a covert DHS informant, who was releasing very similar information to my FEMA source.

“According to every internal document I’ve seen and read, and from the few people I’ve spoken with who understand what’s going on, preparations have been finalized to respond to a crisis of unprecedented magnitude within the United States. The response will include the use of lethal force against U.S. citizens under the instructions of Barack Obama.”

I also find interesting that Cheyenne Mountain was just reopened as a refuge center for the elite (i.e. not you and me).

My ex-FEMA informant was clear on one point, when Americans begin to see the massive shifting of military assets and the co-opting of major box stores for military use, along with the control of food, the beginning of the end is near. He named Walmart, Target, Home Depot and Sam’s Club as future partners in this venture. We are already seeing the cooperation of Walmart in the United States and the participation of Target in Canada. Yes, there are parallel Jade Helm 15 exercises going on inside of Canada along with the participation of the U.S. military.

Yesterday, I received the following email which serves to substantiate a lot of what I already know to be true with regard to Jade Helm activities in Canada.

I have just read your article, ‘Jade Helm is Tightening the Noose Around America’s Neck’, and I was taken back to notice the similarities of the movement of military equipment to Grayling, Michigan with a recent news article about the movement of military vehicles, also on flatbed trucks to Alberta, Canada. The connection I made is that both of these activities/exercises are in the far north of the US and US/Canada border with direct highway link to the US…

I am a Canadian and writing to you regarding a news article I read in one of the alternative media sites and confirmed here http://www.kenoradailyminerandnews.com/2015/03/19/canadian-army-partners-with-us-troops-in-deployment-exercise about a combined US, UK and Canadian military drill which will take place April 20 till May 23. Seventy-two American flatbed trucks will load Canadian military vehicles to transport them across Canada to Wainwright, Alberta. There are several troubling aspects of this drill which are obvious to me and listed here:

The timing relative to Jade Helm 15 is highly suspect;

There is direct highway access from Wainwright into Montana;

Reference is made to “domestic” deployment and similar language to the Jade Helm exercises, ( i.e. nothing to worry about, great opportunity for training, etc.).

A Canadian vehicle leading each caravan could conceivably hide the fact that transport vehicles are American;

Reference is made to “cross-border” logistics;

Cost effective way (paid for by US??) to manage a large equipment movement to a major training exercise site. Why would it be necessary to move this equipment?

As I read this article I became alarmed at how this drill/exercise might conceivably be used as an attack force from the north.

Some things I considered:

Would the Canadian military have known in advance the coincidental timing relative to Jade Helm and would they have been complicit?;….

Would Canadians be involved if this scenario were to manifest or is their involvement limited to training?

Would the UK forces be called upon to assist the US, either with or without the Canadians?

Could the UN force Canadian participation?

I have been closely watching the events in the US unfold as I have 2 children, 2 brothers and their descendents (18 in total) living in the US who all refuse to acknowledge the coming collapse. I have been under the assumption that we have In Stephen Harper a responsible leader who seems not to be involved in the tyranny of the rest of the western world. This recent revelation has shaken my belief system in my beloved country and as any citizen would hope that there is nothing suspect in the above scenario. I am bringing this to your attention in the off-chance that you are not aware of this drill and with the hope that you might investigate if it seems worthwhile to you.

Your website is one of my daily, trusted go-to news sites . May the Lord continue to bless you for this great service you are providing to mankind.

In short, the following is precisely what the author of this email is referring to.

The above email is significant because, in 2008, Canada and the U.S. signed an agreement that paves the way for military forces from either nation to send troops across each other’s borders during an “emergency”. The Canadian/American drills on the border are significant as they clearly signal that Jade Helm is far more than a drill, it entails martial subjugation of the American people by an international force.

In Canada, just like Walmart in the United States, Target is laying off of 17,000 people across 133 stores that now lay empty. These buildings are huge, each store being around 130,000 square feet. The amount of space being freed up for military use is enormous and dwarfs what is happening inside the United States with Walmart and Jade Helm

Why the Box Stores Are Being Commandeered

Dr. William Mount, a veteran of military logistics and supply, stated that Walmart, in time of U.S. military need, becomes a supplier to the military. According to Mount, this is easy to accomplish because Walmart’s logistics and the U.S. military’s logistics are one in the same. Instead of selling Walmart hunting rifles, M-16’s along with their accompanying ammunition are delivered to the Superstore. Meanwhile, 2300 employees are cut loose with no notice and with no ability to obtain unemployment.

Walmart has had a long and shameful past as the when it comes to their relationship with the government. Who could ever forget when Walmart instituted an East German snitch program called “See something, say something” in which Americans were encouraged to turn in other Americans in a manner which was  reminiscent of the Stasi.

As watch the following video, which side do you find yourself on?

Both my FEMA source and Doug Hagmann’s DHS source got it right and we are now witnessing the sum and substance of what both men tried to previously warn us about.

The enormity of Jade Helm is beyond comprehension and I do not feel that we have yet hit bottom.

Nearly everyone I speak with in the Independent Media have a very similar feeling of foreboding. The warnings and dire predictions are no longer warnings and predictions, they are now our stark reality.