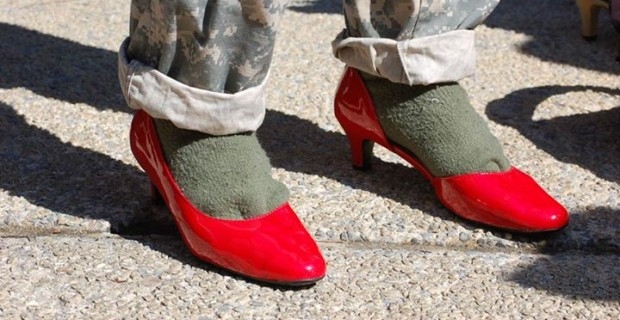 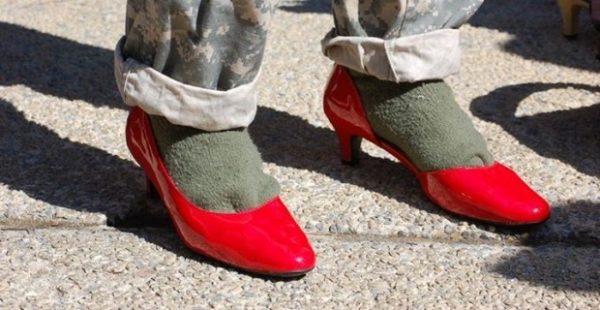 Cadets were threatened that their careers would be finished if they refused to participate in a feminist campaign to promote the completely debunked college rape culture myth by wearing red spray painted high heels.

Imagine what ISIS or the Russian military is thinking when they see these images. Third wave feminism has poisoned EVERYTHING, even the U.S. Military.

UPDATE: Infowars was contacted by a former US Army servicemember who told us that his unit – Delta Company, 1st Battalion, 2nd Infantry Regiment, 172nd Infantry Brigade – was also FORCED to participate in the ‘Walk a Mile in Her Shoes’ event in 2011.

“I was deployed in Afghanistan during this time, but my comrades in the rear told me this event was a MANDATORY,” he writes. “As a former medic, I know that the only way out of this was to lie about injuries or pull some form of guard duty at this time.”