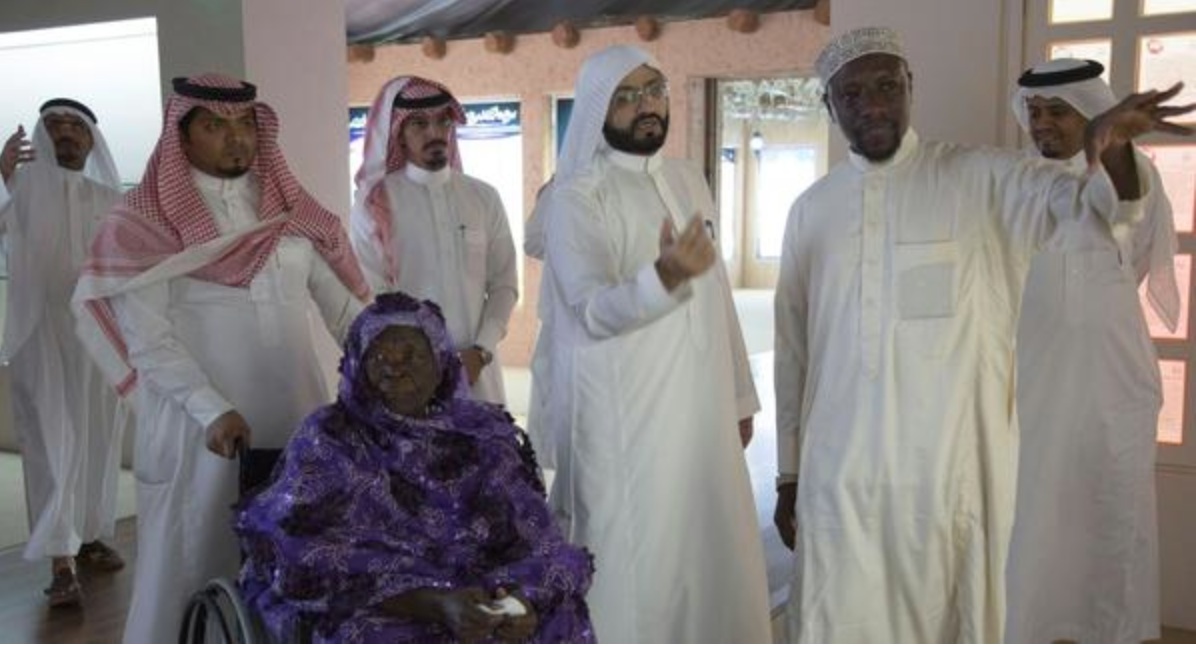 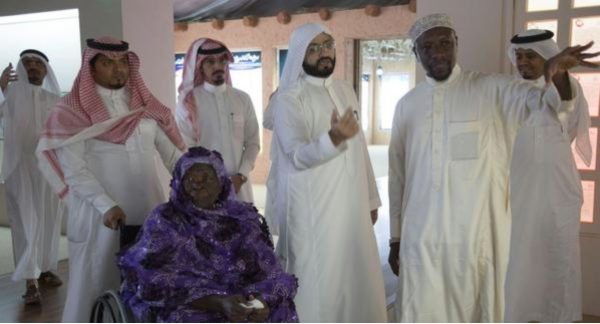 Sarah Omar Obama, the grandmother of the President of the United States Barack Hussein Obama, has turned diplomat and is trying to raise attention throughout Middle Eastern media about what she termed “the great religion of Islam.” She was seen weeping when she visited an exhibit called “Peace Be Upon You O Prophet of Allah Gallery” in Mecca, after she, this week, completed the performance of Umrah (a pilgrimage to Mecca, Saudi Arabia, performed by Muslims that can be undertaken at any time of the year, in contrast to the Hajj).

Sarah said that she shed tears without her will as she contemplated the life of the Prophet Muhammad adding that “This is a great project in a great country for a great prophet.”

According to the site, “News 24″ in Saudi Arabia, “grandma Obama,” as she is known in the Middle East, wandered with her son, Said Obama, uncle of the US president, and grandson of Musa Ismaeel Obama for two hours in the Peace Be Upon You O Prophet of Allah Gallery as they listened intensely to the lesson about the life of the prophet of Islam.

She stressed that “the support of Saudi Arabia in adopting the project Peace Be Upon You O Prophet of Allah Gallery where the angel [Gabriel] landed was wise to show the moderation and to show the pure image of our great Islamic religion. All this thanks to the Custodian of the Two Holy Places and to the Government of the Kingdom of Saudi Arabia which ensures a permanent support for enlightenment to enlighten others of the true image of Islam and Muslims in an era where Islam was hijacked and turned into a conflict between civilizations.”

But what is rarely discussed by the media is what the Obama family learned from Saudi Arabia: wife beating and how to buy underage sex slaves.

“the mother signed also, ahhh, and the brother, ahhh,” says Obama, proudly referring to the deal brokered with the family of the underage girl he calls “wife,” which he added to his harem. This is what the Obama family learned from Saudi Arabia.

In an article by Jeffrey Lord at the American Spectator, where he cited our work on Barack Obama’s familial connections to wahhabist fundraising and at the left-leaning Guardian, written by Martin Robbins, where Robbins relays an exchange between Obama’s step-grandmother (Mama Sarah) and a Daily Mail reporter named Julia Manning, in which Sarah asserted that wives who don’t obey their husbands should be beaten:

“The disobedient wives should be beaten.”

“Sorry?” replied Manning, as I fished in my camera bag for some imaginary popcorn.

“The wives that are disobedient, they should be beaten.”

“They should be beaten?”

“Yeah, they should be beaten.”

“Can you ask her,” replied the admirably unruffled blogger, “what about disobedient husbands?”

Of course, Sharia law condones men beating their wives. This admission from Mama Sarah speaks to the accuracy of Musa Obama’s claims on Al-Jazeera that Mama Sarah’s foundation is about fundraising for the wahhabist education of Kenyan students who are sent to Saudi Arabia for that education.

Dinesh D’Souza erred when he had thought that President Obama’s lack of care for his half-brother, George Obama, was caused by difference of opinion:

Yet I believe there is a deeper explanation that goes beyond hypocrisy for why Obama wants nothing to do with George. After all, it would cost Obama so little to raise George out of poverty, and yet he won’t do it. This isn’t mere negligence; it suggests an active animus. The reason for that animus emerges in George’s book and also in my interview with George in the film 2016. In that interview, George rejects the anti-colonial philosophy that was espoused by Barack Obama Sr. This is the “dream from my father” that President Obama celebrates in his own autobiography.

The most logical explanation is the simplest: George is not true pedigree—he was raised by his mother, Jael Otieno, who is now a resident of Atlant. She is a Christian. Why else would President Obama still care for only the Muslim side of his family while abandoning his Christian side? It is because President Obama’s psyche, life, heritage, and convictions are still cut of the same cloth as Sarah, Said, Malik, and Musa, just as I was prior to my conversion to Christianity. These are Muslim through and through. This I know from a lifetime of experience, since my mother, like George, was a solid Christian and I was considered a mutt and a non-pedigree who was always encouraged by the community to keep distance from my own mother. But I thank God for Jesus and for mutts because this is what the Church and what America is all about. It is as if Christ hinted, “Come to Me, all you mutts and rejects, and I will give you rest.” If Obama is a convert to Christianity, I dare anyone show me that testimony. If Obama is a true blue Christian, than I must be Mickey Mouse.

How else can our critics explain? Obama, who pretends to fight racism, is himself a father of racism. Never have I seen my beloved nation be so divided more than in this time since Obama took office. Never have I seen such hatred for cop, Church, life, liberty, and even the pursuit of happiness undermined more than now, under this president. Even the Jews, as Donald Trump so rightly stated, regret what they have done in electing Obama.

If anything, history will someday record that the name Obama, like so many other losers, will be etched in the hall of shame. Obama, who was nearly worshipped as Messiah by many Americans, is a name that brought nothing but trouble and misery throughout the Middle East and even the Middle West. So far, we have a quarter million dead in Syria and Iraq (and the numbers are rising) no thanks to Obama’s pro-Muslim foreign policies. Mama Sarah, the old hag, his Wahhabi-linked uncle, and his Wahhabi fundraising cousin Musa Ismail Obama are just as wicked. They, too, will follow. We still have over a year left of this Abomination. Lord have mercy.