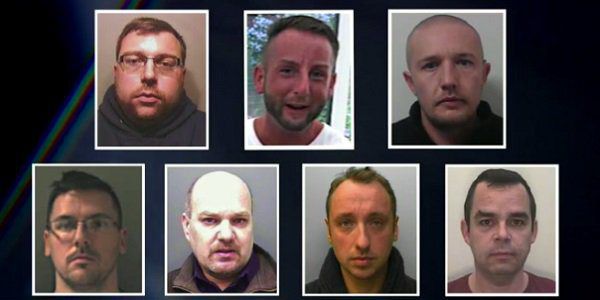 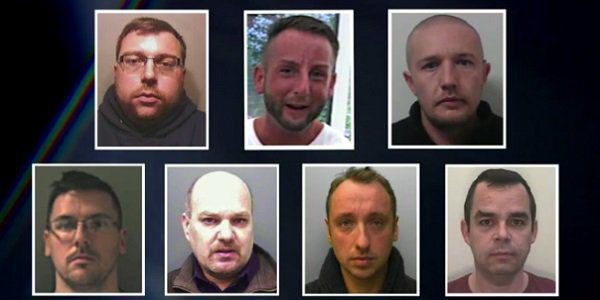 I am often called extreme for my views on the death penalty, which I base on the Bible, including the very words of the Lord Jesus (Matthew 15:1-9 – Yes, that’s in the New Testament). However, there is a reason for that view: It’s called justice. After you read the details of what was uncovered in this sex ring, many of you will be demanding the same punishment the Bible would levy at such monsters (Luke 17:2; Deut 22).

Seven men, ranging from ages 30 to 51, began a “pedophile network” where they gang-raped babies (yes, I said babies) and preschool children. As if that was not bad enough, these degenerate criminals began to stream their crimes online. If that isn’t enough to enrage you, then understand that people on every continent watched them commit these crimes via the internet.

The investigation identified three victims – a baby, a toddler and a young child – who were raped and assaulted by the men who had gained the trust of unsuspecting parents.

They met online and were prepared to drive for hours to carry out abuse when an opportunity became available, police said.

The gang also discussed the drugging of children and used video conferencing websites to broadcast the abuse to fellow members.

Police believe there were other victims, and have put measures in place to protect another 21 children found to be at risk.

Despite the men’s efforts to destroy evidence, police were able to retrieve webchats where the gang discussed their plans, with comments such as “I’m really in to v.v. young”, and “sicker the better”.

First here is the lineup of men involved:

Though Denham and Stansfield denied plotting to commit the crimes, they were found guilty at Bristol Crown Court. The other five men pleaded guilty to several crimes, including rape of a child and conspiracy to rape.

The BBC reported that the group “used the internet to plan and stream abuse and tried to groom pregnant women in order to find new victims.” Additionally, they even “groomed a mother and father before their child was born.”

According to officers from the National Crime Agency (NCA), the crimes were the most “vile and depraved” they had investigated. Police referred to the men as “monsters in disguise.”

“They don’t stand out as monsters, but they are monsters in disguise,” said Graham Gardner, deputy director of investigations at the NCA. “We rarely see criminal behavior involving the sexual abuse of children to this degree. This is serious organized crime at its worst.

“The men involved in this group actively targeted families to facilitate the sexual abuse of their children, toddlers and babies,” he added. “The depravity of these men appeared to know no bounds and is without doubt as vile as we have seen.”

“This prosecution will take you into a world you wished did not exist,” Prosecutor Robert Davies said. “The evidence exposes the shocking interest a group of men had in sexually abusing babies, toddlers or pre-school children. A real baby was for certain abused and raped by some of those involved.”

While all of this took place in England, The Guardian suggests that this sex ring has “tentacles that go round the world.”

“Members would frequently travel long distances to carry out the attacks together or watch the abuse over the internet, often using the dark web, if only one of them had access to a victim. Online chat revealed that members of the gang, who lived across the UK, would offer advice and guidance to others on drugging their young victims,” writes Steven Morris for The Guardian.

Greg McGill, head of the CPS organized crime division, said: “It is difficult to find the words to describe the activities of these men, and the harm that they have done. The families of these children have endured a horrendous ordeal and I would like to thank them for their invaluable assistance in securing these convictions.

“Fortunately, the CPS, NCA and police forces were able to coordinate a swift and effective response when matters came to light, which resulted in the arrest and prosecution of these men. The efforts have resulted in guilty pleas from all involved, followed by further convictions secured after a trial for other offenses.”

For his part, Denham confessed early on in his trial that he had become “desensitized” after watching young girls perform sexual acts on older men. Eventually, he was led to watching younger and younger girls.

Claiming that he was “ashamed” of gaining pleasure from child pornography, he now understands that those children are the real victims in all of this.

While I’m glad to hear his confession, that should not be something that removes the penalty for Denham’s crimes or the crimes of the other men. After all, Achan confessed his sin, which was merely taking a few items, but then a penalty of death was brought about (Josh. 7:1-26). And in the case of Achan, his entire family faced the penalty with him.

The group of men will be sentenced together at a later date, but I’m doubtful that they will receive a just punishment in England. Rather, there will be sympathy for them rather than justice. Their lives will be spared and the families of the victims, and even the victims, will be made to pay to feed, clothe and house these degenerates, when what should be done is a public display of biblical justice in ending their lives so that the innocent might be protected (Rom. 13:1-5).