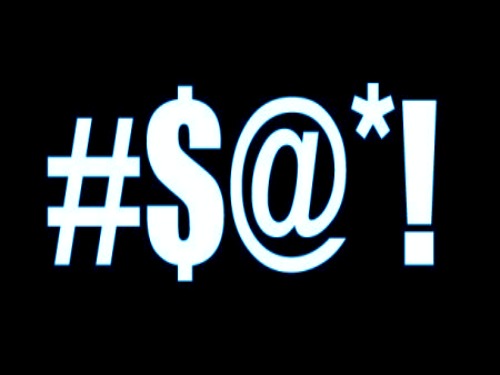 A woman has filed a nine-page court brief that contains what is likely the most gloriously profane rant of all time.

Tamah Jada Clark filed her brazen tirade on April 20 in the U.S. District Court for the Northern District of Georgia, and it is quite a masterpiece.

Clark filed the brief, bluntly titled To F*ck This Court and Everything that it Stands For, after a judge dismissed her $10 billion lawsuit against Georgia officials.

According to court records, the complicated case began almost five years ago when Clark, of Pensacola, Florida, and East Point, Georgia, showed up near the south Georgia jail where Jason Joseph Clark was being held after his conviction for aggravated assault, domestic battery and other crimes. Court records identified Jason Clark as the father of Tamah Clark’s child, while Tamah Clark identified him as her husband.

Tamah Clark was arrested after Pelham police found her 1-year-old son, an AK-47 assault rifle, a .45 caliber pistol and wilderness survival gear in her car. Both Clarks were charged with conspiring to aid in an attempted escape after investigators described phone conversations in which they plotted his jailbreak, according to the court records, but there’s no record that she was ever convicted or served any prison time. (source)

In July 2014, Clark filed her suit against Georgia officials, accusing them of wrongfully arresting, convicting, and incarcerating her husband.

On March 31, Judge Willis B. Hunt Jr. dismissed most of Clark’s claims on the legal ground that she filed after the two-year statute of limitations expired and because, he said, it was “nonsensical.” As a believer in the so-called sovereign citizen tax-protest movement, Clark claimed not to be a U.S. citizen and couldn’t bring the action on Jason Clark’s behalf, he wrote.

The United States of America have collectively and individually been politically and legally overthrown by foreign opportunists and domestic sellout b*tches like you. Mitchell County officials will get their f*cking feelings hurt if they even try me. I’m not playing with you or anybody else. F*ck you all. How about that?

The nine-page document is replete with obscenities, and Clark calls Hunt a variety of names, including “impotent geezer,” “hoe,” and “jack*ss.”

But perhaps the most audacious passage of the entire manifesto is the piece de resistance that is Clark’s grand finale:

I say all of this to say: Mr.Hunt, I don t give a d*mn about you or anything you have to say. You are a castrated coward and a disgrace to these United States of America. Fortunately for us all, you are in old age and presumably nearing the inevitable death that awaits all old impotent geezers like yourself, with a one-way ticket to hell; which is good. That s exactly where a treacherous, lying, spineless,bastard son-of-a-b*tch like you deserves to be for the rest of eternity. Burn.

Lastly, I will be posting the entirety of these court proceedings online and disseminating them amongst the general population, for the people to see this disgrace. You control nothing. You are nothing. And you can do nothing. F*ck you. Die.

If you’d like to read the entire document, here you go.