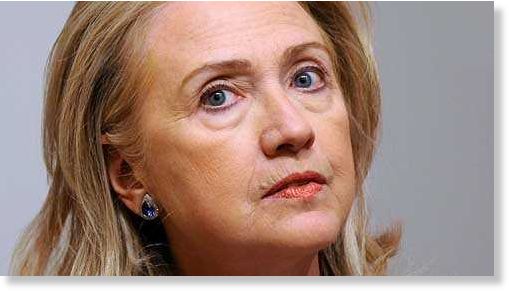 I first published a variation of this post in August 2013, when the thought of Hillary Clinton running for president was only a fear instead of a reality.

Now that she is officially a 2016 presidential candidate, I’m re-publishing this post because Americans must be informed and reminded what kind of a person she is.

It is said that a measure of our character is how well we treat status inferiors —  those whom we don’t have to treat well. By that measure, the character of the woman who has ambitions to be America’s next president is sorely lacking.

You may have received an email by U.S. Marine Corps Colonel (ret.) Ed Schriber, containing quotes by Hillary Clinton which Col. Schriber had found in books written about the Clintons. The quotes show Hillary’s penchant to use obscene blasphemous language, as well as the utter contempt and disdain she has for those who work for her and her husband — Arkansas State troopers, Secret Service agents, and members of the U.S. military.

Below are the Hillary quotes from Col. Schriber’s email.

From the book Inside the White House, by Ronald Kessler, p. 244.

From the book American Evita, by Christopher Anderson, p. 90.

“If you want to remain on this detail, get your fucking ass over here and grab those bags!” – Hillary to a Secret Service Agent who was reluctant to carry her luggage because he wanted to keep his hands free in case of an incident.

From the book The First Partner: Hillary Rodham Clinton, by Joyce Milton p. 259.

“Stay the fuck back, stay the fuck back away from me! Don’t come within ten yards of me, or else! Just fucking do as I say, Okay!!?” -Hillary screaming at her Secret Service detail.

From the book Unlimited Access: An FBI Agent Inside the Clinton White House, by Clinton FBI Agent in Charge, Gary Aldrich, p. 139.

From the book The Truth About Hillary: What She Knew, When She Knew It, and How Far She’ll Go to Become President, by Edward Klein, p. 15.

“You fucking idiot!” – Hillary to an Arkansas state trooper who was driving her to an event.

From the book Crossfire, p. 84

“Put this on the ground!  I left my sunglasses in the limo.  I need those sunglasses. We need to go back!” – Hillary barking at Marine One helicopter pilot to turn back while en route to Air Force One.

From the book Dereliction of Duty, by Robert Patterson, pp. 71-72.

“Come on Bill, put your dick up!  You can’t fuck her here!!” – Hillary to her husband, then-Gov. Bill Clinton, when she saw him talking with an attractive woman.

From the book Inside the White House, by Ronald Kessler, p. 243.