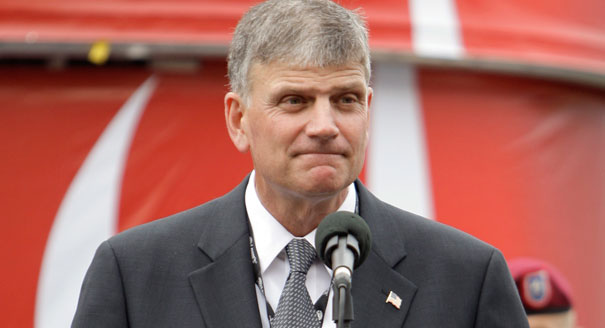 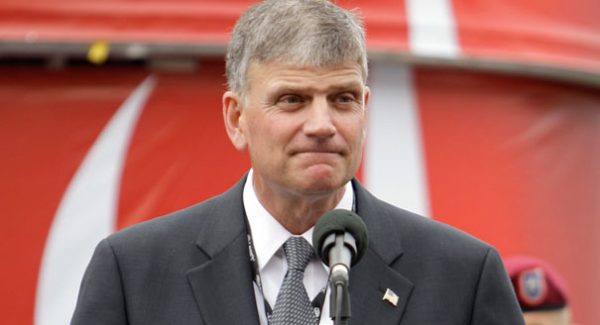 Franklin Graham just made this message to Muslims: “leave America and go to a Muslim country.” He said this in response to the University of Maryland canceling a screening of the film, American Sniper, and declared this sentiment on his Facebook page, in which he said:

Can you believe that the University of Maryland canceled a screening of the movie American Sniper after Muslim students complained? This afternoon, I’m going to meet with wounded military veterans and their spouses who served this nation with honor–fighting to preserve our freedoms and many times shedding their own blood. Chris Kyle was an American hero. It’s brave soldiers like these that make all of the freedoms we enjoy possible. Shame on the University of Maryland for listening to these voices! If these Muslim students can’t support the military members who do their job to protect us, let them leave America and go to a Muslim country. God bless America and our heroes! SHARE this if you agree.

Again, what Franklin Graham is saying is what all Christian leaders need to be saying. Deus vult!