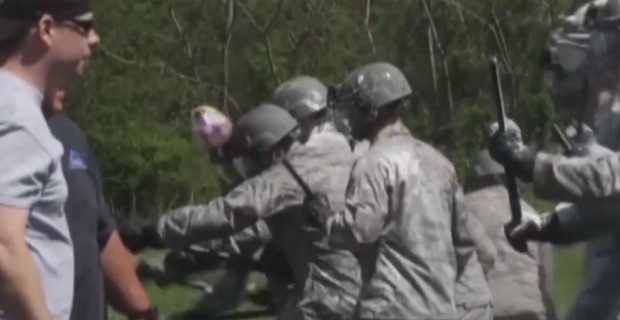 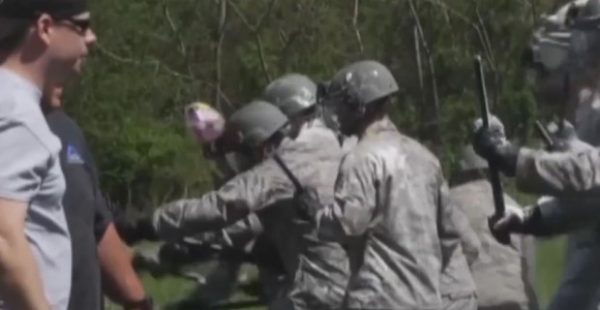 New video footage has emerged of Tennessee Air National Guard troops training with the Knoxville Police Department to deal with civil unrest, just the latest of a spate of examples of authorities gearing up for domestic disorder.

The training exercise, which took place earlier this month, shows Guard troops and police officers taking turns to play the role of rioters, throwing objects and powder at each other during the crowd control drills.

The training, which involves troops from the 134th Air Refueling Wing of the Tennessee Air National Guard, is now taking place once a month, according to one of the officials quoted in the video, who also noted that the Knoxville Police Department’s “riot control team” is involved in the exercises.

The police officers are training the Guard troops, “in case they ever come in contact with a riot control situation,” according to the official.

Another National Guard official interviewed for the piece stated, “We use this training because we know that if we have to use it in the outside world or within a base then we’re ready.”

Over the last few weeks, we have featured numerous video clips of training exercises based around riot control and martial-law style scenarios being carried out by police, National Guard and U.S. military forces across the United States.

These drills have caused particular consternation amongst some given their close time proximity to Jade Helm 15, a nationwide military exercise during which troops will operate undercover amongst local populations.