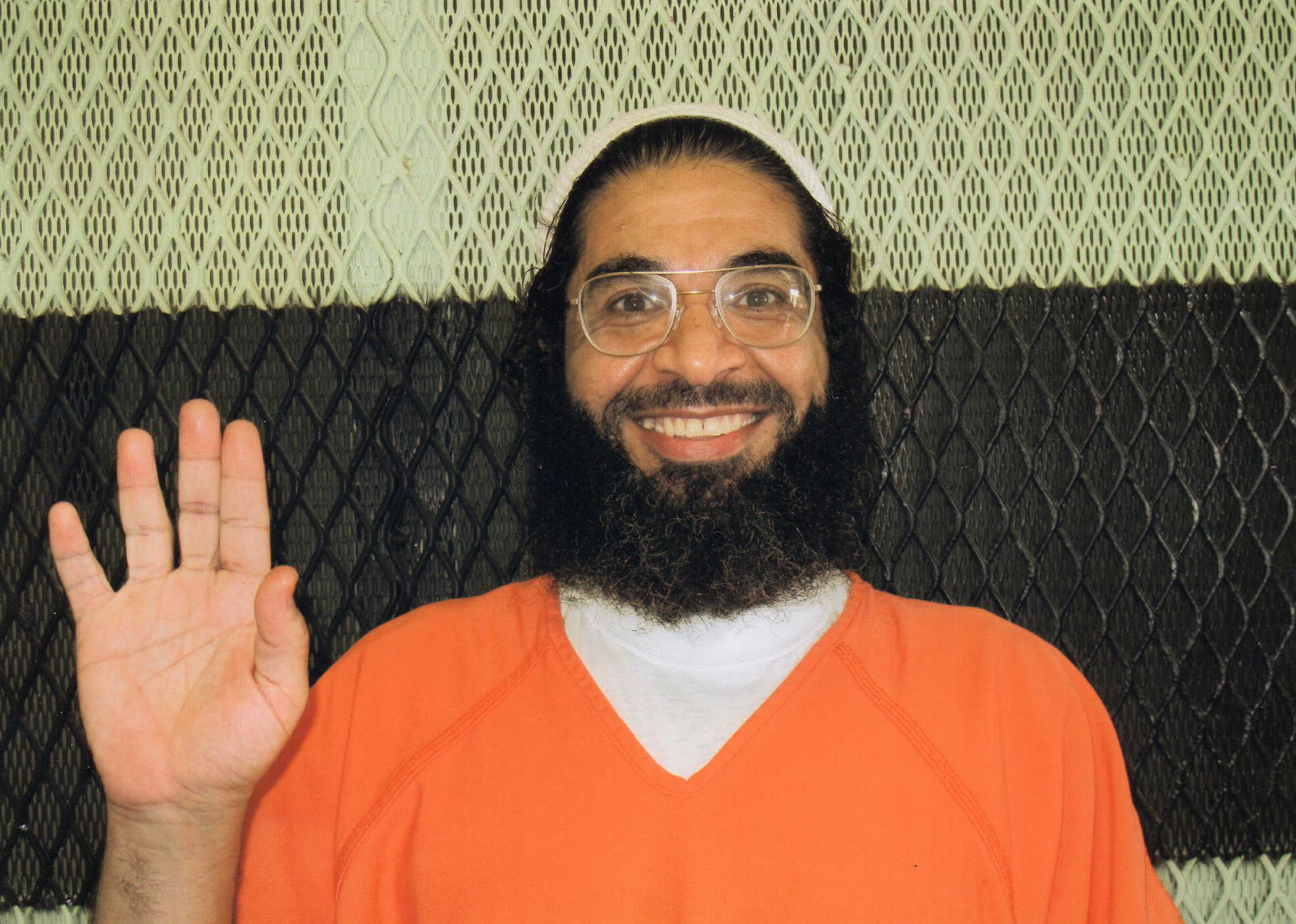 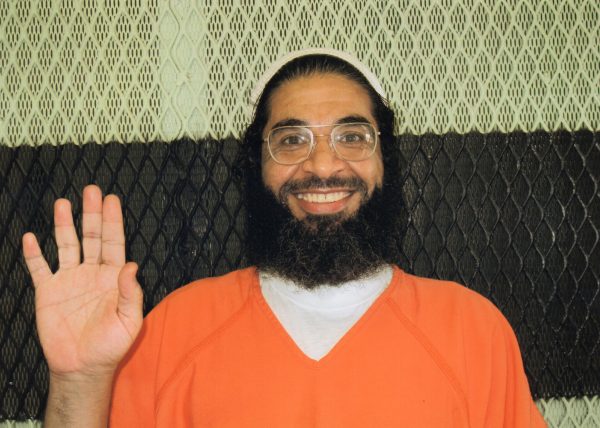 So Obama is releasing 10 more Muslim terrorists from Gitmo by June this year. I heard from someone who guards there that they served Halal lamb to all detainees and I love lamb but the “Halal” label does not bode well with my severe case of Islamophobia which all the caring by CAIR could not remedy. Now if they serve lamb chops at Gitmo I might reconsider reverting back to terrorism, since it will make CAIR happy and since we know Obama is a 100% Moooooooooooslem (shshshsh, its a secret), I’d be all set.

One of the released terrorists is a 48-year-old Saudi prisoner and up to 10 others locked away in Guantanamo Bay are set to be released in June. Shaker Aamer (full name Shaker Abu-Rahim Muhammad Amer), whom the Guantanamo Bay files leak, and whom the US military Joint Task Force Guantanamo believed that Aamer had led a unit of fighters in Afghanistan, including the Battle of Tora Bora, while his family was paid a stipend by Osama bin Laden. The file asserts past associations with Richard Reid and Zacarias Moussaoui. The Saudi is also a British resident. Amer also trained on the use of explosives and firing surface to air missiles and lived on subsidies in Afghanistan paid by bin Laden, according to Sandra Hodgkinson, deputy assistant secretary of defense for detainee affairs. “He is involved in many important terrorist plots” said Sandra.

But a recent visit between U.K. Prime Minister David Cameron (most likely got pressured by the Saudis) and President Barack Obama in January prompted renewed lobbying from Britain for his release. But of course, upon his release, he plans to sue for one million pounds, since now the government is giving him a ‘clean bill.’ How nice. Being a terrorist is a lot easier than carrying your cross, or even worse, you might be crucified by terrorists so might as we all join Al-Qaeda or ISIS.

The U.K. has agitated unsuccessfully for Aamer’s release since at least 2010, but now it appears that Obama’s receptiveness is turning into concrete action (it’s his last term and he is going full throttle).

Cameron means for Aamer to return to London when released and, of course, catch the next flight to Riyadh and is perhaps why AFP reported that the country of Aamer’s relocation is currently unclear. Perhaps he would go to Las Vegas?

Saudis (according to Saudis), can never do any harm. One would rarely, if ever, find a Saudi in a western prison according to Saudis, the Muslim is ‘superior’ to non-Muslims, which we provide several cases (here).

Yunis Shokuri, a 46-year-old Moroccan, and Ahmed Abdel Aziz, a 45-year-old Mauritanian, will also be sent back to their respective home countries.

Congress will be provided with a 30-day notice of the transfer, after which point Department of Defense Secretary Ashton Carter will sign off on the process.

But while Obama is rushing to shut the prison down. Congress (which cannot figure out why a true blue American Christian like Obama would do such a thing) is trying to throw up blockades in response. On Wednesday, Sen. Marco Rubio of Florida signed on as cosponsor of Sen. Kelly Ayotte’s bill from early this year to halt the transfer of high or medium-risk terror suspects out of Guantanamo.

Additionally, the ‘Moooslem’ president would be blocked from shipping detainees to any country where a previous detainee had reengaged in terrorism. The White House, unsurprisingly, has said that it will veto the bill if it ever makes its way through Congress.

Sen. Ted Cruz, also a GOP presidential contender, previously endorsed the bill yet Pentagon spokesman Lieutenant Colonel Myles Caggins wants to release a total of 57 out of Gitmo instead of leaving them their to ferment or exchange them with American prisoners of war.

Truth is, there is immense public and even governmental support for terrorists and criminals, especially who originate from Saudi Arabia where not one Saudi national sentenced for crimes or terrorism charges in the United States, is according to them is guilty. The story of Ali-M Aldawsari, the Muslim terrorist who was convicted for acquiring weapons of mass destruction including plans to murder former President George W. Bush. Bush’s intended killer, was not a lone wolf. He was backed by an entire system – the wealthy and powerful Aldawsari clan – including the powerful Sheik Saud Bin Mut’ab, who hosted a support group for the terrorist, defending him publically while funding his legal team.

Just translate “We are all Khalid Dawsari” to Arabic and see just how much support the terrorist gets. The Aldawsari clan’s main website (alduwasser.net) keeps track of everything that goes with every comment in support of the terrorist linking to other supporting groups.

Take another case of one Saudi national Homaidan Al-Turki. He was found guilty and sentenced to 28 years for holding an Indonesian woman as a “sex slave” while living in Colorado. For years, the entire nation, king, princes and populace has been fighting for his release. According to court records in the United States, “once every two weeks, Mr. Al-Turki would go to her room in the basement at night and sexually molest her, including digitally penetrating her and forcing her to perform oral sex on him (Record 19:21- 22, 26, 65, 97, 99, 102; 21:41).”

Al-Turki preferred his victim to be “virgin.”

Then you have his Saudi national prison mate – Nayef Al-Yousef – whom Homaidan praised as a “consoling friend” who was sentenced to 300 years for the kidnap and murder of another Saudi named Abdul Aziz Al-Koohaji in 2001. What is not known about this crime, which we obtained from Arabic sources, is that his two accomplices in crime – Mash’al Al-Suwaidi and Tareq Dawsari – escaped to Saudi Arabia, obtained a “pardon” through influence in the upper echelons of the Saudi system, and received no prison time. Since there are no extradition treaties between the United States and Saudi Arabia, the United States was out of luck when it came to prosecuting two of the murderers.

Why were these let loose? The way it works is that the families of the victims relinquish their right to prosecute and the charges are dropped, which speaks little for the victim’s rights. Countering that is Al-Ryadh Newspaper, which praises Allah because the two “repented and grew their beards.”

Of course, Al-Yousef’s influential father at the time announced that he was working to get then-president Bush to pardon his son and thanked the Saudi leadership for their efforts to release him. But you would never find this level of connections announced in English until the presidential pardon which was requested by the government of Saudi Arabia requested for all the cases and more was leaked through Wikileaks.

In the Middle East it’s called “connections.” In Saudi Arabia, you can commit almost anything if you’re in the right family with the right government ties.

There is a litany of support with song, poetry, and media asking to release Al-Yousef.

Is it a good thing to be afflicted with Islamophobia? Get the new book from Walid Shoebat, The Case FOR ISLAMOPHOBIA: Jihad by the Word; America’s Final Warning.

Then there is the case for Dr. Nabil Al-Ruwais, a Saudi psychiatrist who was imprisoned for attempting to sexually harass another virgin, a two-year old girl in California. His emails indicated that Al Rowais had previously molested 2 and 10 year-old girls in Saudi Arabia. The man’s conduct – according to investigators – absolutely shocks the conscience.

What is little known about Al-Ruwais in the west – obtained from the Arabic sources – is that Al-Riwais is an accomplished figure. He is of the Ruwais family that rules the region of Yamama in Najd. They take pride in that they pledged allegiance to Muhammad Abdul Wahhab, the founder of Wahhabism. He is also student of Muhammad Bin Ibrahim, the once Mufti of Saudi Arabia. Nabil is an accomplished Muslim author on Islamic Hadith and Unitarianism who authored a volume on Islamic studies titled “The Harvest of The Times.”

In the case of Al-Turki, the Saudi government collaborates with the families to actually use their connections with president Obama to give pardon to Saudi criminals:

The calls, filming, and other special treatment he gets are bad enough but consider that he is allowed to make videos that are then used to plea for his release on Saudi national television, since he committed no crime in owning a sex slave.

A documentary is even made in his defense; filming is permitted in the prison. “Why should he pay 28 years of his life to hire an Indonesian servant?” says the host (see 1:18-1:36):

In the West, he gets air time on western media and is even allowed by the Muslim community to lead the Iftar since he was free on bond courtesy of the Saudi government:

So important are Saudi criminals and terrorists that Colorado Attorney General John Suthers traveled to Saudi Arabia to meet the King Abdullah for 3 days regarding the case.

Via CBS 4 in Denver:

“Attorney General John Suthers returned from Saudi Arabia this weekend following a 3-day trip to discuss the trial of a man convicted by a Colorado court.”

At his sentencing, Al-Turki said the following, via the New York Sun:

“Your honor, I am not here to apologize, for I cannot apologize for things I did not do and for crimes I did not commit. The state has criminalized these basic Muslim behaviors. Attacking traditional Muslim behaviors was the focal point of the prosecution.”

Then you have Prince Khalid Bin Talal visiting his family and even receiving calls from the prison cell in which the prince assured him that he will get him released soon.

Apparently unknown in the West is an announcement by Homaidan’s brother, Ahmad Al-Turki, that says the prison in Colorado has “agreed to do a prisoner exchange.”

It is all corruption at the top level.