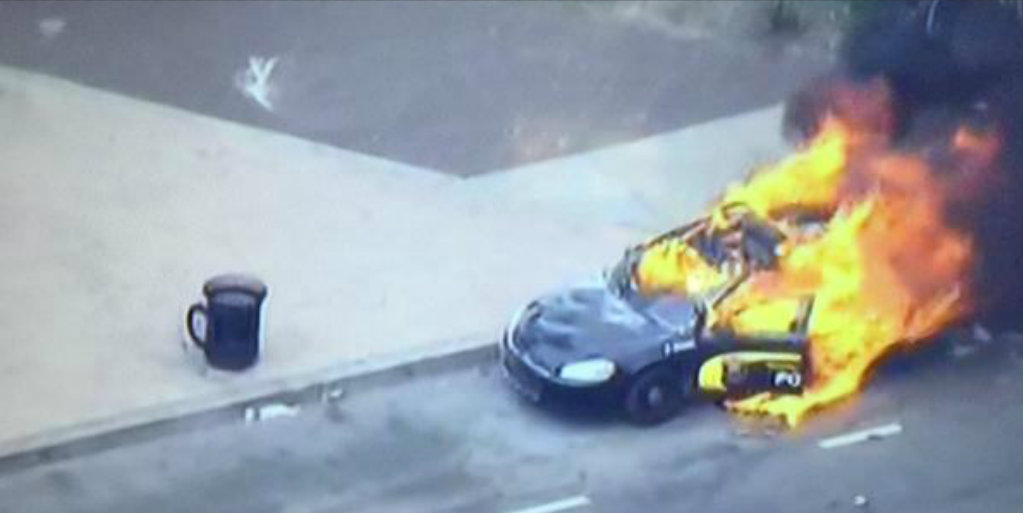 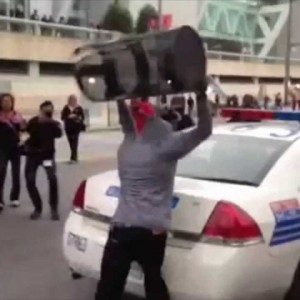 The city of Baltimore has been transformed into an “absolute war zone“, and the governor of Maryland has declared a state of emergency as the rioting in “Charm City” continues to escalate.  The funeral for Freddie Gray has unleashed a firestorm of violence, and none of it is going to do anyone any good.  To their credit, some of the leaders of the African-American community are standing up and loudly condemning the violence.  They know that smashing cars, throwing rocks at police and looting stores is not going to solve anything.  But just like we saw in Ferguson, there are lots of people out there that are ready to riot, loot and set things on fire at the drop of a hat – all they need is an opportunity.  The social decay that has been eating away at the foundations of our society for generations is now manifesting in some very ugly ways.  We have raised an entire generation of young people in a “value free” environment, and now we are getting to experience some of the consequences of our foolishness.  And what we are witnessing in Baltimore right now is just the start.  Eventually, we are going to see scenes like this all over the nation.

Thanks to social media, the violence that we saw in Baltimore on Monday is being broadcast to the entire planet.  The whole world is getting a really good look at what the decline of America looks like.  The following is how the New York Times described what took place…

Angry youths could be seen surrounding a police cruiser and smashing its windows in what police described as an organized attack by criminals — not demonstrators. Cars were set on fire, and stores’ windows were smashed in. Heavy smoke poured out of a CVS drugstore, which had earlier been overrun by looters. Several other businesses, including a liquor store and a check-cashing shop, were also looted.

You can find some incredible photos of looting in progress right here.  Do those young people believe that they are actually doing something constructive that will make a difference in our society?  Of course not.  They are opportunists that are taking advantage of the chaos to commit crime.

And you know what?  A lot of older African-Americans were absolutely disgusted by what they were seeing.  The following is just one example…

Barbara Taylor, 60, has lived in the neighborhood near the store for 15 years. As she spoke, a group of teenagers carrying cases of soda and Arizona Iced Tea walked by. “All I can see is crime,” said Taylor. “The people doing this don’t live around here. They’re kids coming in to our neighborhood and breaking it apart. There is no reason for this.”

Of course the biggest targets on Monday were police officers.  It is becoming extremely dangerous to be a police officer in America today, and this is something that I wrote an entire article about recently.  During the violence on Monday, seven police officers were seriously injured.  At least some of the injured had broken bones, and one was described as being “unresponsive”…

“We have seven officers who were injured during the course of this,” said Baltimore Police Capt. Eric Kowalczyk. “They have broken bones, one of them is unresponsive. This is not okay. Our officers went out to that situation to make sure that the people who live in that community were safe and we’re going to continue to do what we can to make sure that those people stay safe.

“It’s a group of lawless individuals,” Kowalczyk said of the rioters. “What we know is that they are a group of criminals with no regard for the people in the community.”

Later on Monday, we found out that a total of 15 police officers had received some sort of injury during the course of the day.  To say that the streets of Baltimore have become a “war zone” is not an overstatement in the least.

This is what America is becoming, and this is only just the beginning.  As I mentioned yesterday, I went on the record publicly regarding my belief that civil unrest was coming specifically to Baltimore during a speech I gave on the evening of April 11th.  That was about a week before Freddie Gray died.  But little did I know that it would start happening before the end of the month.  The following are some tweets that contain scenes from the violence that we witnessed on Monday…

Now they are busting into a bank! #Baltimore #PrayersForBaltimore pic.twitter.com/jF3Nz57cZE

I'm sure #FreddieGray would be delighted with how his death is being avenged. Looted toilet paper. #BaltimoreRiots pic.twitter.com/G6Jy9ThieO

Make sure to watch that last video.  It shows a man literally being dragged out of his store and ruthlessly beaten by a gang of young thugs.  Because of the decisions that we have made as a society, this is what the future of our country is going to look like.  This is something that I have been warning about for years, and now it is here.

So let us mourn for America, because the nation that so many of us love is slipping away a little bit more every single day.