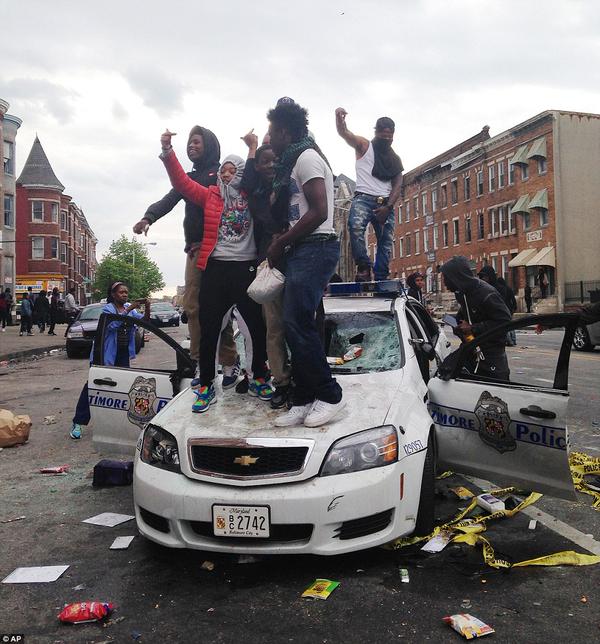 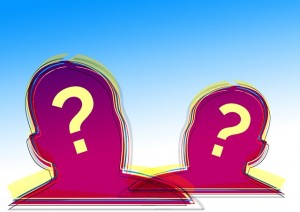 Why did the Baltimore riots seem like they were perfectly staged to be a television event?  Images of police vehicles burning made for great television all over the planet, but why were there abandoned police vehicles sitting right in the middle of the riot zones without any police officers around them in the first place?  Why was the decision made ahead of time to set a curfew for Tuesday night and not for Monday night?  And why are Baltimore police officers claiming that they were ordered to “stand down” and not intervene as dozens of shops, businesses and homes went up in flames?  Yes, the anger over the death of Freddie Gray is very real.  Police brutality has been a major problem in Baltimore and much of the rest of the nation for many years.  But could it be possible that the anger that the people of Baltimore are feeling is being channeled and manipulated for other purposes?  The following are 12 unanswered questions about the Baltimore riots that they don’t want us to ask…

#1 Why are dozens of social media accounts that were linked to violence in Ferguson now trying to stir up violence in Baltimore?…

The data mining firm that found between 20 and 50 social media accounts in Baltimore linked to the violence in Ferguson, Mo. is now reporting a spike in message traffic in Washington D.C., Philadelphia and New York City, with “protesters” trying to get rides to Baltimore for Tuesday night.

The firm, which asked to remain anonymous because it does government work, said some of the suspect social media accounts in Baltimore are sending messages to incite violence. While it is possible to spoof an account, to make it look like someone is one place and really is in another, that does not fully explain the high numbers.

#2 Who was behind the aggressive social media campaign to organize a “purge” that would start at the Mondawmin Mall at precisely 3 PM on Monday afternoon?…

The spark that ignited Monday’s pandemonium probably started with high school students on social media, who were discussing a “purge” — a reference to a film in which laws are suspended.

Many people knew “very early on” that there was “a lot of energy behind this purge movement,” Baltimore City Councilman Nick Mosby told CNN on Tuesday. “It was a metaphor for, ‘Let’s go out and make trouble.’”

#3 Even though authorities had “credible intelligence” that gangs would be specifically targeting police officers on Monday, why weren’t they more prepared?  On Tuesday, the captain of the Baltimore police tried to make us believe that they weren’t prepared because they were only anticipating a confrontation with “high schoolers”…

Police Capt. John Kowalczyk said the relatively light initial police presence was because authorities were preparing for a protest of high schoolers. A heavy police presence and automatic weapons would not have been appropriate, he said. Kowalczyk said police made more than 200 arrests — only 34 of them juveniles.

#4 Where were the Baltimore police on Monday afternoon when the riots exploded?  During the rioting, CNN legal analyst Jeffrey Toobin said that the “disappearance of the police for hours this afternoon is something that is going to haunt this city for decades”.

#5 Why are police officers in Baltimore claiming that they were instructed to “stand down” during the rioting on Monday afternoon?…

Police officers in Baltimore reportedly told journalists that they were ordered by Mayor Stephanie Rawlings-Blake not to stop looters during yesterday’s riots.

Rawlings-Blake, who waited 5 hours before even making a statement on the unrest, was already under intense critcism for saying that violent mobs were provided with “space” to “destroy” during riots which took place on Saturday.

One Baltimore shopkeeper said that he actually called the police 50 times asking for help and never got any assistance at all.  Other business owners reported similar results.  This is so similar to what we saw back during the Ferguson riots.

#6 Why was the decision made ahead of time to set a curfew on Tuesday night but not on Monday night?

#7 Why were so many police vehicles conveniently parked along the street in areas where the worst violence happened?  After the destruction of a number of police vehicles on Saturday night, the Baltimore police had to know that they were prime targets.  So why were there even more police vehicles available for rioters to destroy on Monday?  And where were the cops that should have been protecting those vehicles?

#8 Why is an organization funded by George Soros stirring up emotions against the police in Baltimore?

#9 Why is CNN bringing on “commentators” that are promoting violence in Baltimore?…

Marc Lamont Hill, a Morehouse College professor and regular CNN commentator, embraced radical violence in the streets during an interview Monday on CNN.

“There shouldn’t be calm tonight,” Hill told CNN host Don Lemon as riots raged in the streets of Baltimore.

#10 Why did Baltimore Mayor Stephanie Rawlings-Blake initially tell reporters that a decision was made on Saturday to give “those who wished to destroy space to do that”?

We were all in a command center and second floor of the state house in constant communication and we were trying to get in touch with the mayor for quite some time. She finally made that call and we immediately took action.

#12 Does the fact that the mayor of Baltimore has very close ties to the Obama administration have anything to do with how events unfolded during the riots?  The following is from Infowars.com…

Rawlings-Blake was one of three mayors who provided broad input into President Obama’s Task Force on 21st Century Policing, which advocates the federalization of police departments across the country by forcing them to adhere to stricter federal requirements when they receive funding.

“The federal government can be a strong partner in our efforts in build better relationships between the police and community,” she said inwritten testimony before the task force.

That would explain her inaction to stop the rioting when it began: by allowing it to spiral out of control, the mayor and her friends at the Justice Dept. could use the unrest to justify the expansion of federal power into local law enforcement, which would also allow her to receive more funding.

And why did it take Barack Obama several days to publicly condemn the violence in Baltimore?  Why didn’t he stand up and say something on Monday when the riots were at their peak?

Something doesn’t smell right about all of this.  Much of the violence could have been prevented if things had been handled differently.

In the end, who is going to get hurt the most by all of this?  It will be the African-American communities in the heart of Baltimore that are already suffering with extremely high levels of unemployment and poverty.

I wish that we could all just learn to come together and love one another.  Over the past few days, I have seen a whole lot of “us vs. them” talk coming from all quarters.  This kind of talk is only going to reinforce the cycle of mistrust and violence.

Sadly, I believe that this is just the beginning of what is coming to America.  The following are some tweets that show the mayhem and destruction that we have been witnessing in Baltimore the past few days…

The CVS destroyed in #BaltimoreRiots — complete devastation. More photos as we get them here: http://t.co/YtmVvz53Nm pic.twitter.com/SkoSWTi21p

Remember, according to the feds it's those dangerous right-wingers who we really have to worry about! #BaltimoreRiots pic.twitter.com/g484ZyPDus

So what do you think about what has been going on in Baltimore? Please feel free to share your thoughts by posting a comment below…