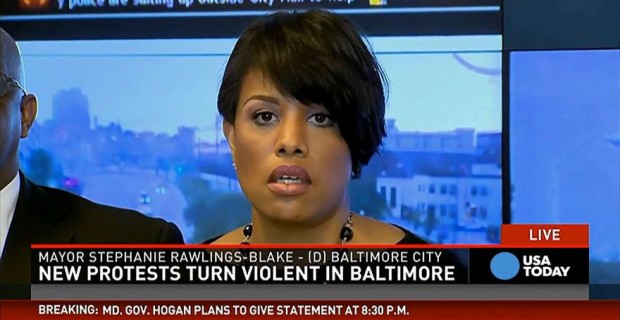 Cops told not to stop looting 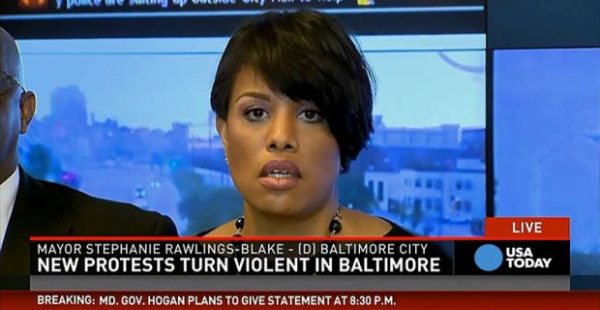 Police officers in Baltimore reportedly told journalists that they were ordered by Mayor Stephanie Rawlings-Blake not to stop looters during Monday’s riots.

Rawlings-Blake, who waited 5 hours before even making a statement on the unrest, was already under intense critcism for saying that violent mobs were provided with “space” to “destroy” during riots which took place on Saturday.