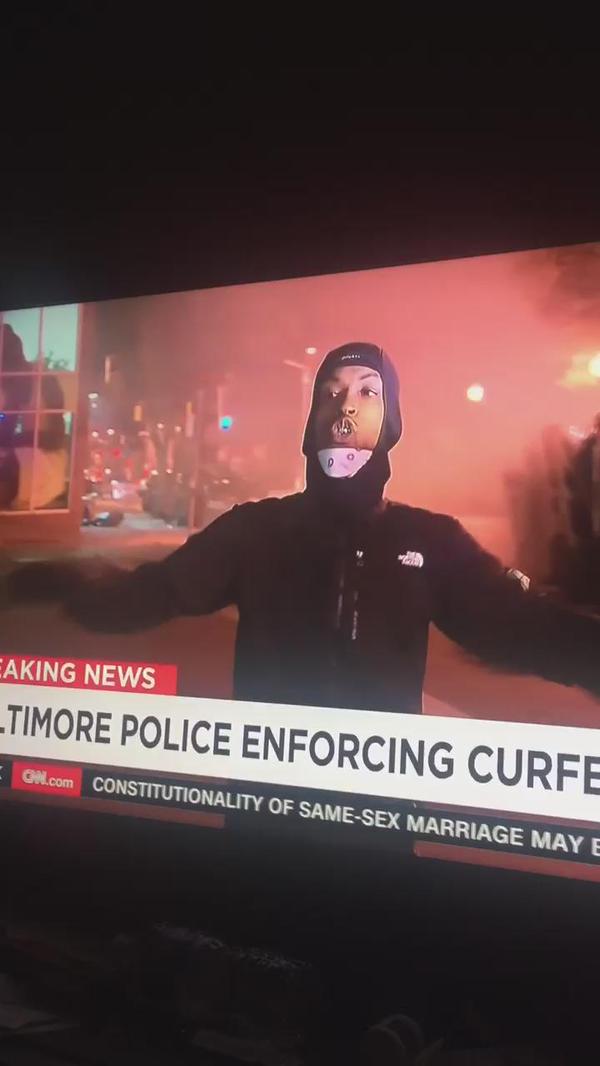 Shocking video broadcast live by CNN shows a prominent Baltimore activist being kidnapped off the street by five National Guard troops and bundled into the back of an armored vehicle.

Snatched yo for no reason pic.twitter.com/z04twTbTIY

The clip shows Joseph Kent walking in front of a line of cops and National Guard before a humvee slowly drives towards him. The Guard troops quickly emerge from the line and shove Kent into the vehicle.

Kent was likely arrested for violating the 10pm curfew, although hundreds of others who did likewise were not arrested.

Twitter soon exploded with outrage, as some blamed CNN for failing to even report on what their own live broadcast had just captured.

Kent is a music student at Morgan State University and was involved in organizing protests in Baltimore against the shooting of Michael Brown.

“Everyone knows me at Morgan already… [for] making sure everything is running peaceful[ly] and everything like that,” Kent told the Baltimore City Paper in November last year.

According to Rev. Heber Brown III, Kent is described as being like “Martin Luther King with tattoos and gold fronts.”

“In previous coverage of the Joseph Kent-lead Michael Brown protests, Kent appeared to be peaceful and at times was placing himself between the more disgruntled protestors and the police,” reports the Inquisitr.

A person identifying himself as a Baltimore lawyer later confirmed that Kent was safe and that he was undergoing processing.

Was Kent abducted simply because he is a prominent activist and organizer? This would not be the first time that demonstrators have been kidnapped in a similar manner.

During the 2009 G20 summit in Pittsburgh, a protester was thrown into the back of an unmarked Sedan by police dressed in military camo.