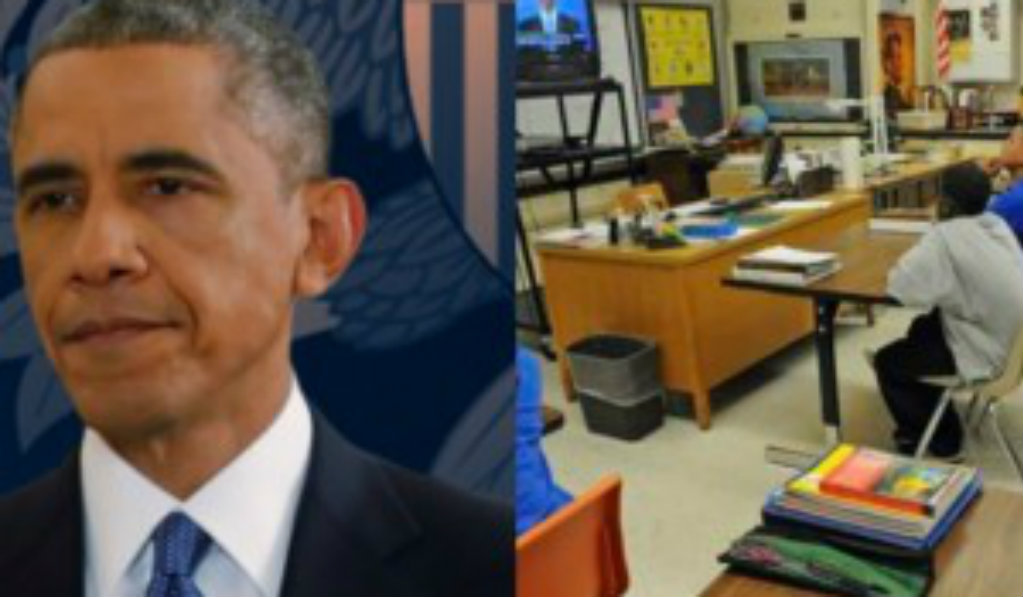 A teacher in Dublin, Georgia, named Nancy Perry told her students that Obama is a Muslim and that Christians should not support him. The city’s school council (which is part of the US government), has fired her and removed her from the school. According to the report:

A central Georgia middle school teacher will retire at the end of the school year after criticizing President Barack Obama and his supporters in front of students.

The Dublin Courier Herald reported Tuesday that city schools superintendent Chuck Ledbetter announced that Nancy Perry has also been removed from the classroom for the rest of the year. A student’s parents spoke out after hearing that Perry told the class Obama is Muslim and Christians shouldn’t support him.

This is yet another story of Christian persecution in America. And don’t give me the rubbish talk of, “She shouldn’t be using her position to preach political issues.” I have been around the American public school system long enough to know that far-left teachers (who are the majority in public schools) preach some of the most demonic and disgusting views you can imagine. I’ve had one teacher tell me that I should experiment with homosexuality and that I should support the killing of people in vegetative states; I had one tell me that I should support the legalization of marijuana; I had one teacher tell me that Michael Savage is evil, that Bill O’Reilly is a “jackass”; that George Bush is a terrible president; that communism is good; and a whole list of numerous evils.

For the state to fire this woman for expressing her opinion on Obama is most definitely persecution. And her opinion is absolutely righteous in comparison with all of the wickedness that the leftist American teachers preach.