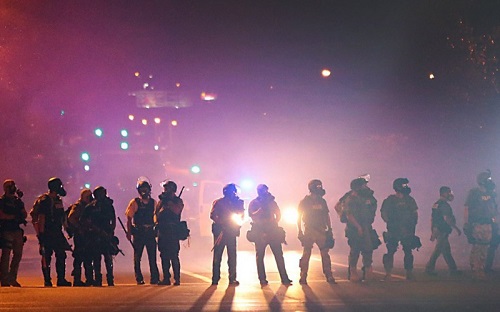 Just a quick update, the Baltimore protests are quickly spreading to other cities.

In Philadelphia, shoving briefly broke out between police and a crowd of several hundred demonstrators who otherwise marched peacefully through the city for several hours. A peaceful crowd of about 300 demonstrators also gathered to protest in Cincinnati, according to the Cincinnati Enquirer.

Those solidarity demonstrations were the latest in a series held in cities across the nation this week.

In addition, protests have been held in New York City, with more planned for D.C., Boston, Denver, Minneapolis, Chicago and San Diego.

The word “planned” was emphasized above because, as The Daily Sheeple has previously reported, these protests are starting to look an awful lot like Ferguson redux, and it has since come out on record that George Soros funded the Ferguson protests to the tune of $33 million. In fact, researchers have already concluded that the same “professional protesters” found at Ferguson are all over Baltimore…

Sure seems like we are being psychologically conditioned to accept martial law in this country.

Taking it a step further, you have Wag the Dog-esque scenes like this one: