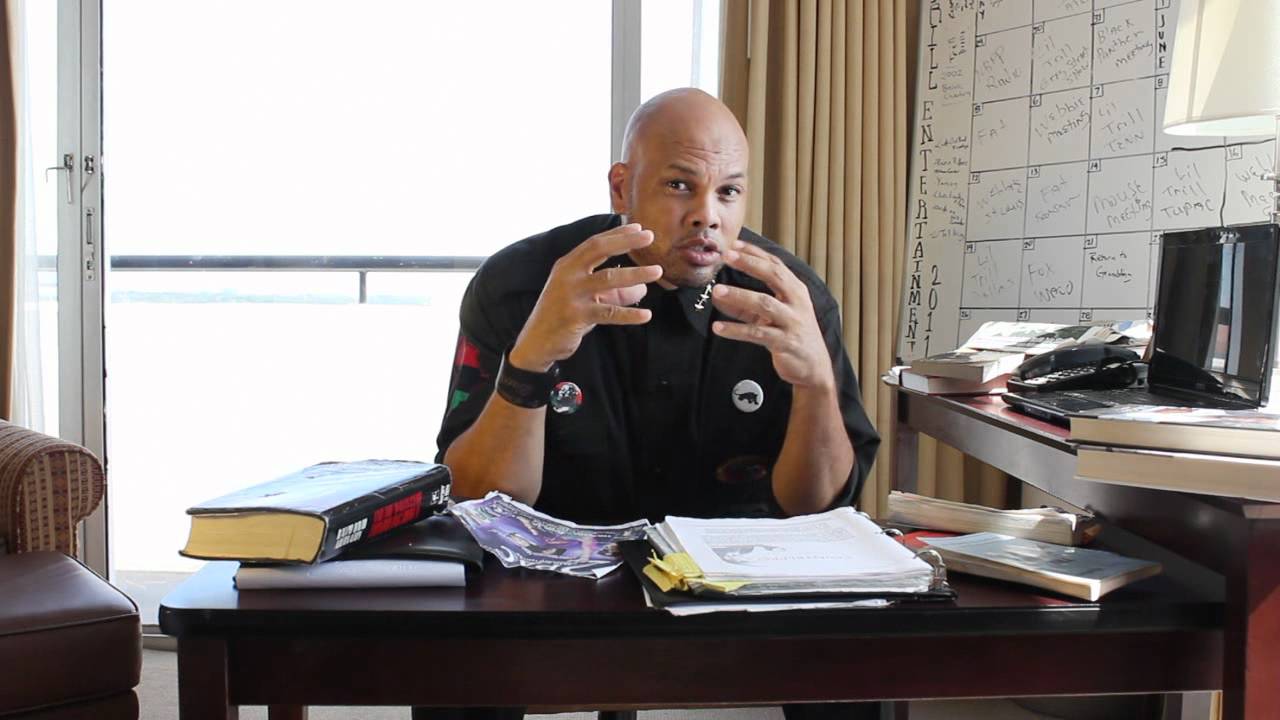 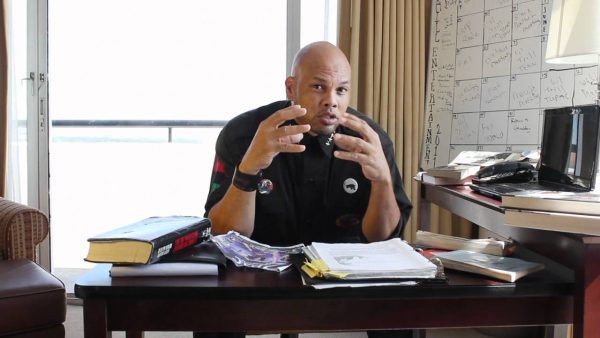 On the New Black Panther Party’s “Black Power Radio,” Nzinga thanked God, of all people for the strength and energy to do “Black Power Radio.” With what is said, one does have to wonder which god he is referring to, because his statements have nothing to do with the God of the Bible.

“America is about protecting the rich and the powerful,” he said. He then went on a tirade about military policing black neighborhoods. He talked about calling in the National Guard and the militarization of police as well.

While I agree with some of his comments, which we have pointed out on this site, he doesn’t seem to want to address much of the criminal activity that is going on in the black community as aptly demonstrated for the world to see in both Ferguson and Baltimore. Understand that I am not painting all Black Americans with the same brush, but if one is honest, they will see that the majority of people in those riots were Black, not white.

And just to be clear, we have written stories in which there are Black Americans in those neighborhoods who don’t riot, who peacefully protest something they are against and even arm themselves to protect places of business. For those people, I stand behind them 100%.

However, what Nzinga is pushing is something quite different. He is an inciter. He is stirring up insurrection and as the Constitution states, the militia’s job is to put down insurrections.

Now, there is no doubt that there have been policemen who, in my opinion, have engaged in excessive force and yes, even murder. I see the death of Eric Garner as at least manslaughter and I think it is clear that the Charleston, South Carolina officer who shot an unarmed black man who was running away from him was also engaged in murder.

However, he doesn’t address the fact that the guy in charge, Barack Obama, is considered black! Nor does he talk about a black Attorney General, or the black woman, Loretta Lynch, who is taking Eric Holder‘s place as Attorney General. He even mentions Homeland Security, which is also headed by a black man. He doesn’t reference any of these people’s ethnicity though. He just pulls a Trotsky and claims “straight racism.”

“We pay taxes… They have declared war on us, and it’s nothing but straight racism,” he said.

He then claimed they faced the same thing. It’s funny, but I don’t recall those men (who I would point out were White Europeans) faced the issue of racism. Nor have I read where they promoted “White Power.”

“This is not the hate hour, this is the love hour,” he continued. “We have to love ourselves enough to be willing to die or kill to save our babies and to save a black nation that is dying before our eyes.”

Well, I do believe that love does lay down one’s life for their friends (John 15:13), just as Jesus said. I also believe love causes us to lay down our life for family, but what I hear coming from Nzinga is not love, but a hatred of white people in the same vein that New Black Panthers King Samir Shabazz offered when he called for the outright murder of white people and their babies.

All of this falls in line with New Black Panther Party member Malik Shabazz’s new year’s resolution to “build up that army” and “go to the gun range.” These people don’t have love in their hearts. They have hate. They are the most racist people in the world and they hate white people.

There is no doubt in my mind that if these guys don’t get a grip on themselves, they are going to provoke a war.