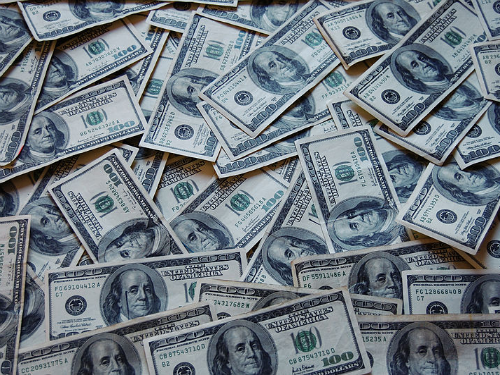 In recent years, America’s absurd civil forfeiture laws have been facing heavy criticism from the public, especially for the effect they have on small businesses that deal in cash. If you withdraw or deposit more than $10,000 into your bank account, your bank has to report it the government; and if you do the same with less than $10,000 (the law doesn’t state how much exactly) they can accuse you of trying to avoid the law. When that happens, you can say goodbye to every penny you own.

Lyndon McLellan learned this hard way when the IRS confiscated $107,702 from his business account. He runs a convenience store in North Carolina, which as you can imagine, deals heavily in cash. And being a convenience store (which are robbed at a higher rate than other businesses), it’s not a good idea to have thousands of dollars lying around. It’s safer to make frequent, small deposits. Despite how logical this would appear to a normal, sane person, the IRS took his money, and now it’s up to him to prove his innocence (so much for innocent until proven guilty).

What makes this case stand out from so many others, is that the DOJ has recently changed their policy on civil forfeiture to prevent this from happening to cash businesses. Unfortunately, the IRS’s field agents have yet to comply with the new policy.