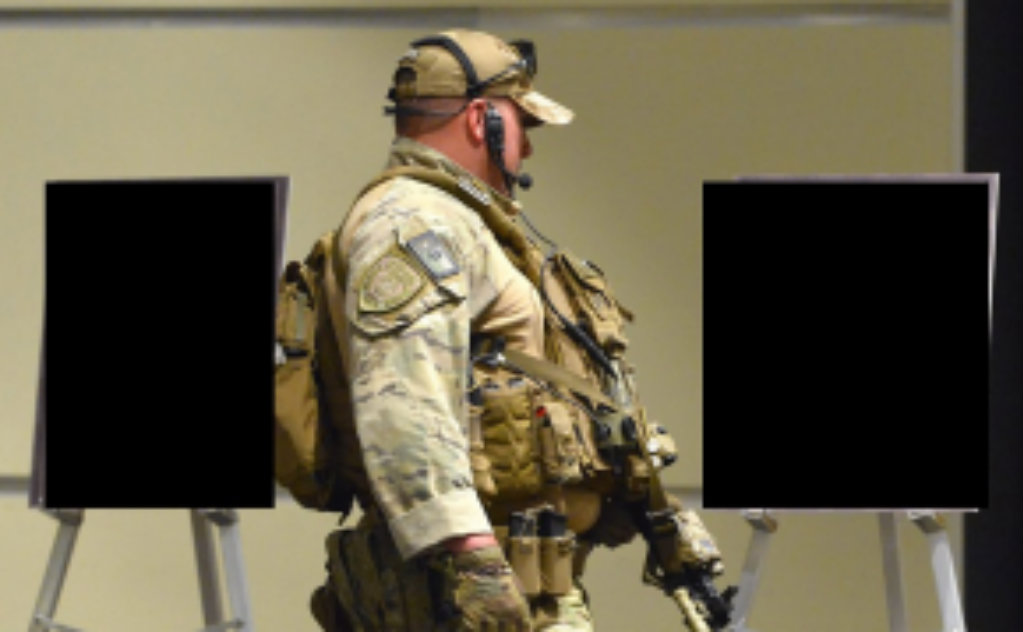 The cowardice of the enemedia has reached monstrous proportions. They will stop at nothing to appease bloodthirsty jihad terrorists. They are not journalists. They are water-carriers for the forces of oppression, hatred, and forcible censorship. This is the problem with the West today. This is why the West is in such serious trouble. This is the cowardice and pusillanimity that rule the day. The Daily Mail is generally clueless, but this is much, much worse than that. This only shows the jihadis that violent intimidation works. Threats and murder work. To kowtow to that is the opposite of journalism and what journalism is supposed to be. If there were still a substantial number of free people in Britain, this would be the end of the Daily Mail. It would be losing readers by the thousands. But it won’t be.

Note also the headline — an “anti-Muslim event.” Muslims who reject the assassination of cartoonists should be standing with us. Muslims who claim to reject jihad terror should be standing with us. The fact that there are none who dare to break ranks and stand with us should be illuminating to careful observers. “Two gunmen ‘carrying explosives’ attack anti-Muslim art contest in Texas: Suspects dead and security guard wounded at ‘draw Muhammad’ event that offered $10k prize,” by Wills Robinson, Daily Mail, May 3, 2015.

Danger, Wills Robinson! Not that you have enough courage or intellectual honesty to notice.