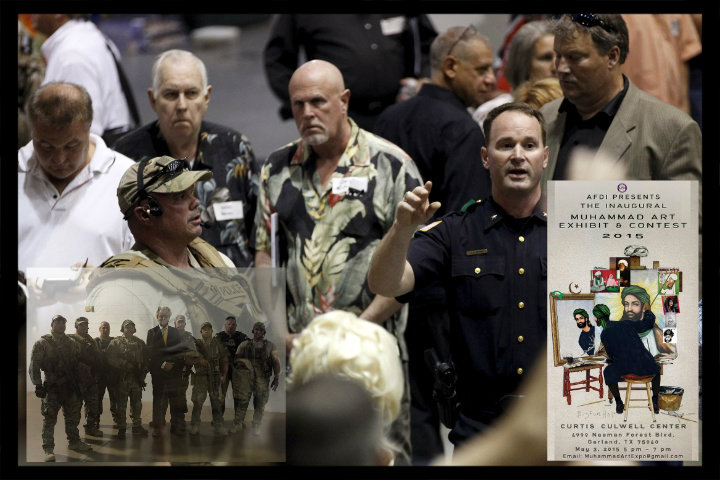 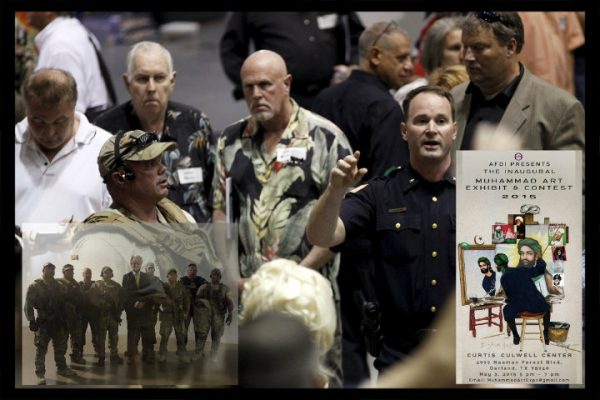 Two terrorists were shot and killed as they jumped out of a car in front of the Curtis Culwell Center in Garland, Texas when they opened fire on security guards outside a contest for cartoonists sponsored by Pam Geller.  The first prize of ten thousand dollars was set to be awarded for the best cartoon of the prophet Mohammad.

The bomb squad from Plano was called in to see if the gunmens’ vehicle was armed with explosives.  SWAT teams were sent inside the convention to protect the participants and to keep them calm.  The city of Garland put out the following message:

As today’s Muhammad Art Exhibit event at the Curtis Culwell Center was coming to an end, two males drove up to the front…

Posted by City of Garland, Texas Government on Sunday, May 3, 2015

Pamela Geller, president of the American Freedom Defense Initiative said that she had organized the event to show support for Freedom of Speech.

Geller has been working to prevent a Muslim Center from being built next to the former site of the World Trade Center that was attacked and brought down by Muslim extremists.

Further details are not expected to come out until later today but you can monitor @garlandtxgov on twitter for forthcoming details.