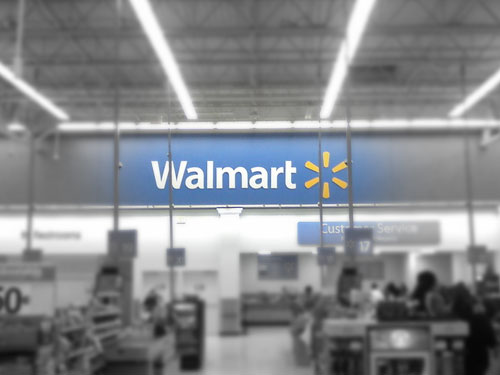 What the hell is going on at Walmart? The company shut five stores down with no warning (one of which was a very busy location), laying everyone off and blaming it on plumbing, but a lot of people aren’t buying it.

There are several theories from martial law to payback for protests for higher pay, but either way, this advice sheet given out to the people who were abruptly laid off without warming is really very bizarre.

Aside from telling these people to avoid stimulants such as caffeine, chocolate, nicotine and depressants such as alcohol, one of the pieces of advice on the handout actually says, “Remember that difficulty sleeping, nightmares, flashbacks, and feelings of being ‘hyper-alert’ are common and will diminish in time.”

Wow. Flashbacks and nightmares about working at Walmart? Being “hyper-alert”? Was it really that bad??

What were they, big box store workers or government experiment subjects?

Wal-Mart abruptly closed five stores earlier this month and laid off more than 2,200 employees in the process.
The company said it closed the stores because of severe plumbing problems that, in addition to other potential upgrades, could take as long as six months to fix.

Critics have questioned the closures, with some contending that at least one store was closed in retaliation against worker protests for higher pay. Wal-Mart denies those claims.

Wal-Mart notified workers of the closures a couple of hours ahead of time and gave them a packet of information addressing the situation, according to OUR Walmart, a labor group representing the laid-off workers.

In the handout, the company offers workers “stress management tips” to cope with their loss of employment such as avoiding caffeine, chocolate, nicotine, and alcohol.

“Care for yourself by eating well, exercising, and resting when needed,” Wal-Mart advises, according to photos of the handout provided to Business Insider by OUR Walmart.