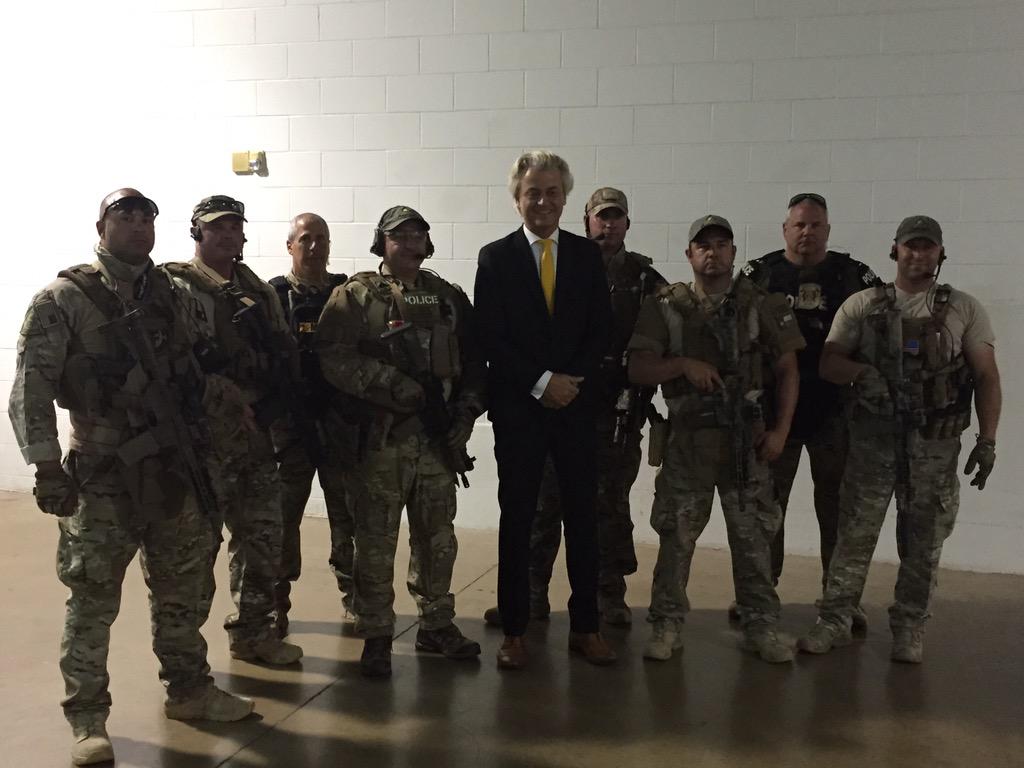 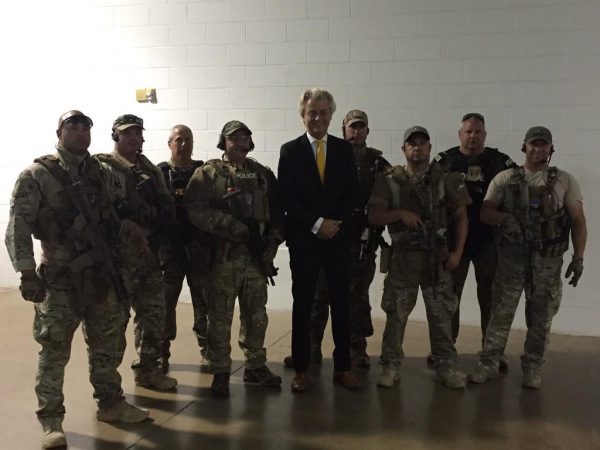 The Islamic jihad attack in Garland, Texas at the Inaugural Muhammad Art Exhibit and Contest should be held up as an example of one of the many reasons people should be well armed. Compare what took place on Sunday evening here in America to that which took place just months before at the offices of the satirical magazine Charlie Hebdo in France. What made the difference in the jihadists meeting their Maker and those in France? Guns.

Keep in mind that in both incidents, Islamic jihadists are at the center of the threat to liberty, free speech and life itself. Also, keep in mind that they are behind many of the advances of the gun confiscation crowd in America, as well.

If you recall, at least two masked Islamists, now known as Cherif and Said Kouachi, were armed with AK-47s. They believed they were on a mission from Allah, according to the teachings of the Koran. Their mission was to slay the infidels who insulted their so-called “prophet.”

It was reported that the two opened fire on police, as well as members of the Charlie Hebdo staff.

The total dead was twelve, with seven injured.

“We have avenged the Prophet Muhammad,” witnesses said they heard the jihadists scream.

Other attacks also occurred in Paris over the next couple of days.

The problem for the citizens of France was that they were not armed in order to fend off the attack the Kouachi brothers brought on them. They were victims not only of Islamic jihad, but also of their own government because they had been disarmed.

As a side not, at least some in Australia began to rethink such disarmament after Islamic jihadist Haron Monis somehow acquired a gun, managed to take hostages in a sixteen hour standoff in a Sydney café and murder two of them while injuring several others. Sen. David Leyonhjelm of Australia’s Liberal Democratic Party claimed that it was the tyrannical gun laws of Australia that had made a “nation of victims” and called it “unforgivable.”

But let’s compare what took place at Charlie Hebdo with what occurred on Sunday evening in Garland, Texas. First, consider that in America there are tens of millions, if not more, people who are well armed and know how to use their weapons. They understand that being well armed is vital to the security of a free state, not to mention to defend their own lives and those around them.

As Pamela Geller set forth to push back against the encroaching Sharia we are seeing across the globe and in our own country, she made sure that when she began to promote the event that she had gotten over the top security. That meant having men who were well-trained and well-armed.

Geller, a gutsy lady, decided to host an exhibit and offer a contest in which participants would draw Islam’s Muhammad. Most of the drawings were not of the same caliber as Charlie Hebdo. Nevertheless, they did make a point. The event was also held on the same grounds as the “Stand with the Prophet” conference, which took place back in January. You’ll recall at that event, which occurred at the same time as Geller’s free speech rally, denied access to many reporters.

There is no doubt that Geller and those in attendance knew that a possible attack could come. After all, not only were they giving jihadists the middle finger, but they were in Texas, where reports have been coming in that members of the Islamic State have a camp on the Mexican/Texas border.

Though the two Islamic gunmen were armed and had additional ammunition in their car, neither Elton Simpson nor Nadir Soofi were able to fight off the security that met them and took them down in the streets before they were able to get inside the event and commit mass murder.

The thing to keep in mind is not that a police officer was able to take down the jihadists, but the fact that it was a gun used by someone seeking to protect others that prevailed. I’ll bet those in the Charlie Hebdo office wished they had been armed that fateful day.

If nothing else, this only proves the point of the NRA’s Wayne Pierre, who commented, “The only thing that stops a bad guy with a gun is a good guy with a gun.”

Next time an elected official wants to put forward legislation to restrict your ability to acquire, keep or bear arms, remind them of Garland, Texas and then remove them from office.