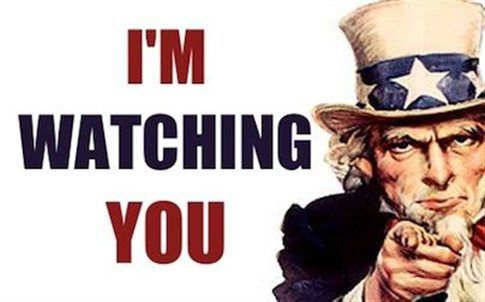 Much is being written about “the list” in which independent Americans, who do not drink from the Obama Koolaid, are on a list which will ultimately result in their loss of freedom and very possibly their lives. Some people are calling this list, “Main Core”.

Advocates of the Main Core view state that a secret government hit list has been in place since the 1980’s. Some even wrongly suggest that Ed Snowden has revealed this information regarding Main Core to the world, when in fact, nothing could be further than the truth.

This “hit list” supposedly consists of 8 million names. Yet, not one name on the list has been released despite some reporters insisting that Main Core is real. Some have resorted to quoting Wikipedia on the topic which is laughable. Wikipedia may be suited to quoting already known facts in evidence. However, since the information is not vetted by credible sources, Wikipedia is not allowed as a reference for research papers by most professors at most Universities for this reason.  Other proponents of Main Core insist that the discussion of a government hit list of dissidents by other reporters in the past is validation that there is a program known as Main Core.

There is definitely an ongoing and definitive plot to control education known as Common Core and some would even consider this program to be a case of terrorism against American students, but this is not what we are talking about here. And there is a list of “enemies of the state” maintained by the government, but it is not called Main Core. How do I know? I have been told by my two best sources that the NSA now maintains all lists of dissidents with regard to this perverted view of what constitutes national security in an alphanumeric format.When it comes to these kinds of data files, the NSA does not code its data files by using project names such as “Main Core”. Further, the use of a file name such as Main Core which would be a static reference to intelligence files and, as such, falls outside accepted NSA practices.

The NSA data base files constantly change their codes with regard to their operational intelligence lists. This is designed to help prevent hacking. A static operational name would make these files easy prey to an average hacker. I can assure you that the name Main Core has not been around as an operational label since the 1980’s and I almost spit out my lunch when I was reading about Main Core, yesterday.

Steve Quayle has been talking about a “Red List” for a couple of decades and he’s correct. This type of list was originally generated by the CIA and Army Intelligence, not the NSA, and it has been around since right after the inception of the CIA in 1947. The list was first compiled as a foreign enemies “hit list”. Later, a domestic hit list was created and the names “Red and Blue List” became euphemisms for this list. My father, who was in Navy Intelligence at the time, told me that many in the intelligence community thought that the CIA actually supplied Joe McCarthy (Mr. Red Scare) with the names of communists in order to beta test the PSYOPS of publicly discrediting random people through a labeling program. The results were catalogued to be used at a later time. The point being that these “lists” have served multiple purposes throughout the years.

These lists have not only been exclusively used for identifying and “dealing” with enemies of the state. They have also been used in counter-intelligence that attempted to mislead foreign agents as to the identity and operational purpose of both friendly field agents and covert agents by falsely identifying them as dissidents and placing them on a list. The government knew these lists were being hacked and this was one of the ways that the CIA protected their assets, by identifying them as enemies. The CIA was not the only intelligence operation to employ this kind of intelligence and counter-intelligence operations.

Something to Worry About

A couple of months ago, the Obama administration released the following information regarding intelligence gathering and sharing.

“SAN FRANCISCO — President Obama will announce a new executive order on the sharing of cybersecurity threats and information at Friday’s cybersecurity summit at Stanford University, the White House said.

Most importantly to Silicon Valley, the president’s proposal is expected to cement the role of the Department of Homeland Security, rather than the National Security Agency, as the government lead for information-sharing with the private sector.”

To the untrained eye, this simply looks like task-specific streamlining. However, this is an ominous development for the American people. The NSA is only in the fact gathering business. They may engage, and they do, in the creation of lists related to potential dissidents and these lists result in each American being assigned a Threat Matrix Score. However, on their own volition, the NSA is not an agency that will act upon this information as they simply share the information with other agencies on a need-to-know basis. With the announced transfer of intelligence data oversight from the NSA to DHS, Americans should all be concerned.

DHS is an agency that is designed to reactively and proactively act upon a perceived threat. That means that DHS now has real time data that they can act immediately upon. When we look at DHS’ acquisition of 2700 armored personnel carriers and 2.2 billion rounds of ammunition, the purpose behind arming themselves to the teeth becomes apparent.

Even more disturbing is the fact that DHS is intimately involved in Jade Helm. We know that Jade Helm is first and foremost about the extraction of political dissidents. The combination of these known facts cast DHS into the role of a modern day American Gestapo. I believe that they will oversee the operations of Special Operations forces with regard to citizen extractions in Jade Helm. I have come to view DHS as Obama’s private police force which is the fulfillment of his 2008 campaign promise in which he said, “We just cannot rely on our military to achieve our national security objective, we need a civilian force that is just as well trained and just as well funded as our military”. This fact is why I have devoted so much of the time and resources connected to Jade Helm.

It is true that there are lists which have categorized all of us on several different scales of measurement. However, I am certain that the organization looks nothing like what has been described as Main Core. We as Americans should be focusing on the “rotten to the core” activities of Jade Helm.