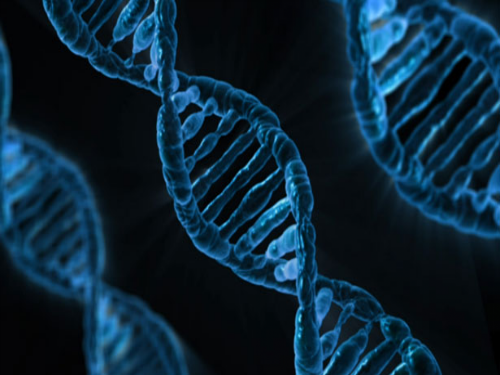 The police state just took a very dark turn. We all know that private corporations tend to side with the government on privacy issues, and they’re more than willing to hand over our information when the government asks for it. Google and Facebook are pretty well-known examples of that, and they’ve been doing it for so long that nobody even bats an eye at their government compliance anymore. What people don’t realize is that this situation applies equally to all major companies, not just the ones that handle our information.

Sometimes, it involves our DNA, which is what Michael Usry Jr. learned when the police called him in for questioning in regards to a bogus hit and run incident. In reality, they were trying to solve a cold case involving the 1994 murder of Angie Dodge in Idaho Falls.

So why did they think he was the killer? Because, his father’s DNA, which was a very close match the killer’s, had been submitted to Ancestry.com. The Sorenson Database, which is owned by Ancestry.com and stores over 100,000 DNA samples from around the world, gave up his father’s genetic profile without a warrant or a court order.

At this point in the story things became even more convoluted. The DNA from the Ancestry.com database linked a man, Michael Usry, to the case that didn’t fit the police profile, as he was born in 1952.

The cops then used the genetic information and traced his line of male descendants, ultimately finding his son Michael Usry Jr., born in 1979, which much more closely fit the police profile of the killer.

Once they had targeted Ursy Jr. as the suspect, they began to scour his Facebook page looking for connections to Idaho, finding a couple of Facebook friends that lived in the area of Idaho Falls.

Police then, by Google searching, realized that Usry Jr. was a filmmaker and had done some short films containing murder scenes. Law enforcement subsequently got a warrant for Usry Jr.’s DNA based upon the completely circumstantial evidence presented by Idaho investigators.

The cops then called Usry Jr. and asked him to meet them, under the guise that they were investigating a hit-and-run accident. Thinking he “had nothing to hide,” he agreed to meet with the investigators, without an attorney present. He was subsequently taken to an interrogation room where he eventually allowed them to collect his DNA.

Despite the flimsy circumstantial evidence used to get the warrant, ultimately the test showed that although there were a number of familial alleles shared with the murderers sample, Usry Jr.’s DNA did not conclusively match the killers.

Isn’t that twisted? You can’t even research your family’s genealogy without the government snooping your DNA. What’s worse, is that this is a total break with Ancestry.com’s consent form. They promise not to share your DNA with anyone outside of the company, and yet they did it anyway. They didn’t even ask for a warrant. At first, they concealed Usry’s information, but once the police got a hold of the DNA, they forced the company to hand over his name with a court order.

This is the world we live in now. The government lies to gain our consent, and the corporations ask for our consent and then conveniently fail to uphold their own terms. They’re working in tandem to erode our rights at every level, and they won’t stop until they own us lock stock and barrel. It’s just too bad that there isn’t any evidence of their incestuous relationship on Ancestry.com.

Joshua Krause is a reporter, writer and researcher at The Daily Sheeple, where this article first appeared. He was born and raised in the Bay Area and is a freelance writer and author. You can follow Joshua’s reports at Facebook or on his personal Twitter. Joshua’s website is Strange Danger.