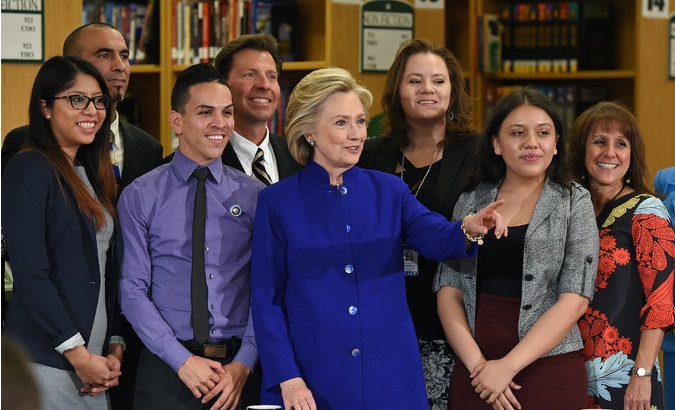 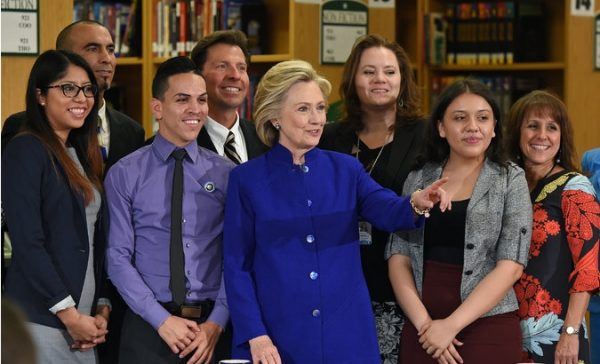 Newly uncovered audio shows that Hillary Rodham Clinton was against illegal immigration long before she was for it.

On Tuesday, Clinton said, “We can’t wait any longer” for “full and equal” citizenship for all the people in America, including illegal aliens.

But that isn’t her history on the subject. In fact, in 2003 when she was a senator, she appeared on the “John Gambling Radio Show.”

“We’ve got to do several things and I am, you know, adamantly against illegal immigrants,” she said.

“I made this exception basically on humanitarian grounds because of the individual story, but certainly we’ve got to do more at our borders,” she added. “And people have to stop employing illegal immigrants.”

Clinton said, “Come up to Westchester, go to Suffolk and Nassau counties, stand in the street corners in Brooklyn or the Bronx — you’re going to see loads of people waiting to get picked up to go do yard work and construction work and domestic work.”

But long before 2003, Clinton supported her husband’s Illegal Immigration Reform and Immigration Responsibility Act of 1996, which expanded deportation of illegal aliens and limited their ability to appeal their deportation.

Contrast that with her stand on deportation in 2008, when she ran against Barack Obama for the White House. During a debate with Obama, Clinton said, “If we take what we know to be the realities that we confront – 12 to 14 million people here – what will we do with them? I hear the voices from the other side of the aisle. I hear the voices on TV and radio. And they are living in some other universe, talking about deporting people, rounding them up.”

“I don’t agree with that and I don’t think it’s practical,” said Clinton. “And therefore what we’ve got to do is to say, ‘Come out of the shadows, we will register everyone, we will check, because if you have committed a crime in this country or the country you came from then you will not be able to stay. You will have to be deported.'”

“But the vast majority of the people who are here, we will give you a path to legalization if you meet the following conditions: pay a fine because you entered illegally, be willing to pay back taxes over time, try to learn English – and we have to help you do that because we’ve cut back on so many of our services – and then you wait in line,” Clinton concluded.

Doesn’t that sound just like Barack Obama on illegal aliens?

This past week at a town hall meeting in Nevada, Clinton expressed similar sentiments about legalizing illegals. “For me, this is about what kind of people we all are and what kind of country we have. And I am absolutely convinced that this is in our economic interest, it’s in the interest of our values and it’s even in the interest of our long-term security as a nation. So, you know where I stand and there can be no question about it because I will do everything I can as President and during this campaign to make this case.”

Well, hey, at least at this point we know that Clinton is on the side of many RINO Republicans like Senators Marco Rubio, Lindsey Graham, John McCain and Jeff Flake, who introduced their “Gang of Eight” immigration reform bill, but apparently had no idea what all was in it.

Mrs. Clinton has demonstrated that she can do exactly what her husband and thousands of politicians have done before. She can wet her finger, stick it in the air and open her mouth to appeal to whomever she wants to without any actual conviction of her words with no intention of following or enforcing the law. She just wants the vote.