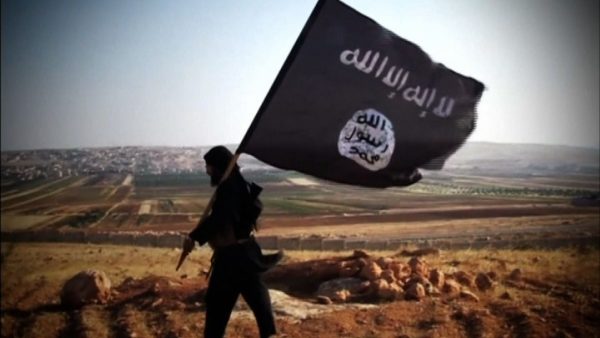 DOES THIS ALL DOVETAIL WITH WHAT A TEXAS SHERIFF SAID BACK IN SEPTEMBER OF 2014? — “[…] SEND THEM TO HELL!”

(INTELLIHUB) — It appears that authorities are possibly anticipating a coming terror attack on the homeland as military bases throughout the U.S. have elevated their threat levels to ‘bravo‘ (yellow) after recent events have unfolded.

Could this all correspond with what Midland County Sheriff Gary Painter told CNN newscast which aired Sept. 5, 2014 when the Sheriff said, we have “ten to fifteen million undocumented aliens in the U.S. now. […] they’re [ISIS] already here.”?

During the newscast, which can be seen in the below video, the Sheriff continued to say that he believes there are even some “homegrown” terrorists already prepositioned in America.

While the Pentagon maintains that ISIS is not crossing the U.S./Mexico border Sheriff Painter says there are likely people who have never “reported in” who already reside in the country willing to commit such acts.

The Sheriff also stated that he was warned by higher-ups to keep a lookout for potential threats.

When asked what his message is to “ISIS fighters who may already be in the United States or cross the border”, Painter responded by saying, “If they rear their ugly heads we’ll send them to hell!”, which I though was an interesting response to say the least.

You see ISIS is funded/backed by the Central Intelligence Agency (CIA) which it’s essentially a ghost or boogeyman agency created to keep the gears of war and tyranny turning. Once you understand that aspect alone you will begin to question more.