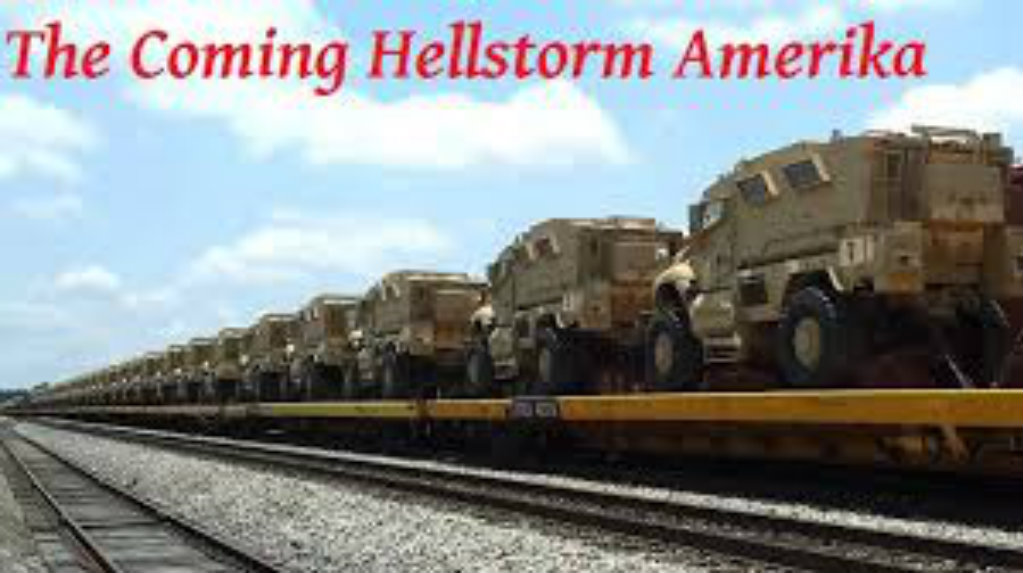 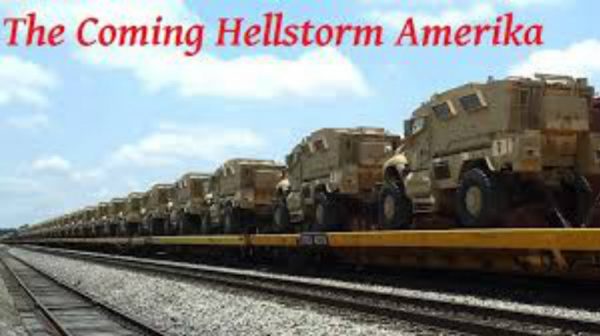 One day, we are going to awaken to the reality that our country is no more. There will be no United States, no Constitution and no civil liberties. There will only be a handful of corporations, backed by national armies, who will bring lethal force against any and all who resist. It will all happen in the blink of an eye on the day that America transforms into Amerika.

I have previously reported on how my sources who have current connections to Special Operations Forces leadership, have been told by their former colleagues that the field command leadership of Jade Helm is being kept in the dark as to the full scope and true purpose of Jade Helm. I have repeatedly been told that Jade Helm is highly compartmentalized and the commanders are extremely concerned about what is coming and what the Jade Helm leadership and their men are going to be ordered to do.

Late Saturday night, I was given the summary of a three minute conversation which took place earlier that day in which some military types and their former colleagues have deduced the fact that Jade Helm is absolutely about controlling civil unrest.  During the course of the call, it was stated that the CIA has been using Kiev as a beta test, since April of 2014, in order  to best decide how to control the American people when they have finally had enough and take to the streets armed with everything from pitchforks to AR-15’s.

Coincidentally, I received the following email conversation from an individual who refused to allow me to use his name (I do know the identity) in relation to his personal Jade Helm training in Northern Michigan in which the Marine Corps Reserve trained with foreign troops in a mock American town in order to quell domestic violence. So much for the claim that Jade Helm is only designed to train for wars in the Middle East. If Jade Helm had anything to do with training in the Middle East, the drill would be conducted in “sand boxes” near Yuma, AZ., or in the California desert, but that is not what we are seeing.

I’d like to anonymously direct your attention to the recent “Arctic Eagle” drills in Michigan, which I believe were derivatives of Jade Helm. Essentially, the Marine Corps Reserve (of which I am a part), Danish homeguard, and National Guard collectively trained in the new $19 million CACTF facility (which is modeled after an American town) for a domestic threat (the National Guard’s own admission). If you’re interested I would happily recover my sources that speak to the domestic nature of the exercise.

(EDITOR’S NOTE: I have this individual’s name but I do not have his rank. However, doesn’t this communication sound very much like it came from an officer?). 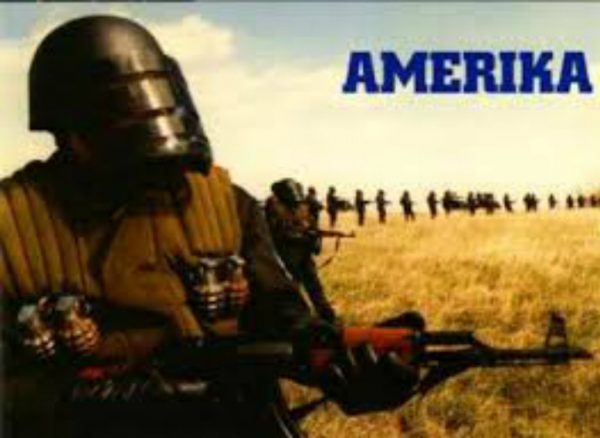 This is the age old question that never goes away. Will American commanders and their soldiers comply with the illegal order to fire upon American citizens, or will the powers-that-be have to resort to the use of foreign assets to carry out the needed force to bring an end to all civil unrest? The appearance of foreign troops on our soil clearly speaks to the fact that the leadership behind Jade Helm is hedging their bets.

The best way to get U.S. soldiers to carry out the use of deadly force against American forces is to issue these orders in an atmosphere surrounded by great fear and apprehension. This is precisely what we see in the following military security memo.

As of 5:04 a.m. today, all JBSA installations and USARNORTH units and organizations have been directed to assume Force Protection Condition (FPCON) Bravo.  This elevated posture is a result of an increase in terroristic behavior directed against US activities.

You may have noticed the “BRAVO” signs as you drove onto campus this morning.  FPCON Bravo measures are being implemented at this time in accordance with the U.S. Army North Operations Order 15-004 INCREASE TO FORCE PROTECTION BRAVO AND RANDOM ANTI-TERRORISM MEASURES, 07MAY15.  FPCON Bravo measures include such things as increased surveillance and Security presence, increased messaging to re-enforce the reporting of suspicious activity, unidentified vehicles, abandoned parcels, or baggage, or any other suspicious activity. If you see something, report it.

Our Provost Marshall has also increased their overt protection activities by:

Implementing single point (minimal to accomplish mission) with 100% ID checks and searches of all hand carried items of personnel entering Mission Essential Vulnerability Areas (MEVA) Facilities.
ID card holders have been placed at each entrance.  Stanchions are placed at bed tower entrances to direct people to information desks.  Information desk personnel have been advised to direct badging of everyone entering and contact BAMC PMO for those who do not comply.

We have implemented a 25 meter standoff at facilities designated as critical.  Currently, drop offs and pick-ups of Patients at the Medical Mall and Bed Tower are still allowed.  Patient parking meets the 25 meter stand-off .

We are checking all vehicles within 25 meters of those facilities designated as critical.  Notify the Base Defense Operation Center (BDOC) of suspicious vehicles.

Please comply with these measures, they are meant to protect all of us.

The Need for Jade Helm Secrecy

Can you imagine if Jade Helm forces were to be told the following in their briefings? Number 7 hit me like a punch in the gut. I had never considered the fact that Jade Helm would be remotely connected to the TPP. In hindsight, it makes perfect sense. Let’s go back to the soldiers’ compliance for a moment. If a field commander, or a soldier, were to be placed in a crisis decision situation, the less time a soldier has to decide, the less likely they are to disobey the order to fire on their fellow Americans. It makes perfect sense that Jade Helm would have to be clouded in secrecy because of this factor. This fact exponentially increases the need to get the word out far and wide as this will reach the soldiers and they can begin to consider how they are going to honor their oath and disobey direct orders to fire on American citizens.

Military secrets are fleeting because people love to talk. It is surprising that Jade Helm has been able to maintain “radio silence” for this long. However, the intense scrutiny that Jade Helm is being put under has provided an atmosphere where troops, engaged in troublesome training activities, are more likely to speak out.

The next part in this series will include the tying together of Jade Helm, the TPP and UN Gun Ban Treaty.