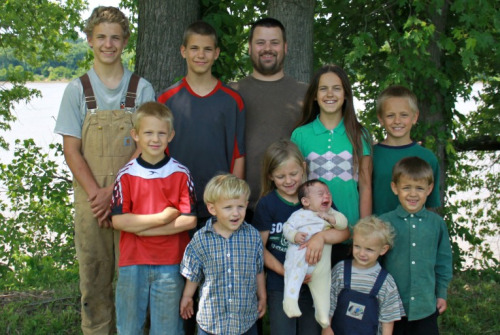 Nauglers hit back at claims they live in squalor

The ‘off grid family’ who had their ten children seized by police and CPS last week face a court hearing later this morning which will determine whether they get their kids back after almost $40,000 was raised for the family in just the last few days alone.

As we reported on Friday, Joe and Nicole Naugler had their children taken after cops arrived at their 27 acre rural property in Breckinridge County, Kentucky following an anonymous tip about the kids living in “squalor”.

“A couple faces a hearing Monday to regain custody of their 10 children, whom Child Protective Services put into foster care Wednesday following a confrontation between their mother and a Breckinridge County sheriff’s deputy,” reports KMOV.

Audio from the arrest of Nicole Naugler highlights the anguished confrontation she had with law enforcement officers before her children were taken;

Deputy: You are standing the chance of having your children removed.

Nicole Naugler: For what, under what grounds?

Nicole Naugler: For what, for not complying? I have constitutional rights, I have rights as a parent and my children won’t speak to anybody without my permission, without an attorney or a lawyer.

Deputy: You’re gonna be under arrest.

Deputy: Ma’am, You need to sit down in that car!

The Nauglers claim they are merely following a “back to basics” free range lifestyle and are being targeted by authorities due to them living off grid and insisting on following their own education curriculum.

The family’s Facebook page contains enough photographic evidence to suggest that the kids are living a happy, albeit austere lifestyle, although critics claim that the Nauglers are raising their children in tents filled with garbage.

“The allegations were that the family was residing in a tent, mother had given birth in a tent, there is no running water or septic, none of the children were enrolled in school and the father threatened a neighbor with a weapon,” states the Cabinet for Health and Family Services report on the family.

The couple shot back at the allegations with an FAQ on their website which addressed the living and sanitary conditions at the property.

“We have a pond and we haul in potable water. It’s actually common here as a lot of wells have high sulphur content. We are building a water collection system. We have a composting toilet,” states the post.

The couple asserted that they are planning to build a larger cabin in the summer to accommodate the family, as well as disputing the claim that they live in a “tent”.

“We live in a cabin. It has walls, floor, a metal roof even. The tarps are to cover the walls that do not have siding. There is also a tarp that covers the outdoor area so we can have shade. The cabin is open. It can be closed in bad weather. We have a great balance of seasons. It doesn’t stay cold for long. We have a wood stove. We don’t use it in the spring/summer, but you can see the chimney for it in the photos. They told me it was acceptable. We may choose to add a fence for the trash and recycle bins.”

A post on the family’s Facebook page invited supporters to attend the court hearing this morning to peacefully express their views.

“Our supporters come from all races, incomes, religions, and political persuasions. We encourage any who wish to express themselves to peaceably assemble outside the courthouse starting at that time and to be respectful of law enforcement and media. No one will be allowed inside. Please be peaceful, prayerful, and positive as we anticipate the safe return of our 10 children. Finally, we ask that firearms, weapons, and threats not be a part of this assembly. Thank you for your unending support,” states the post.

A GoFundMe page set up in support of the family has raised almost $40,000 in just the last few days alone.

Given the concern over the kids’ living conditions, the best solution would probably to put the cash and any further money raised towards building a small house or cabin for the family, which would go a long way towards getting the authorities off their backs for good. 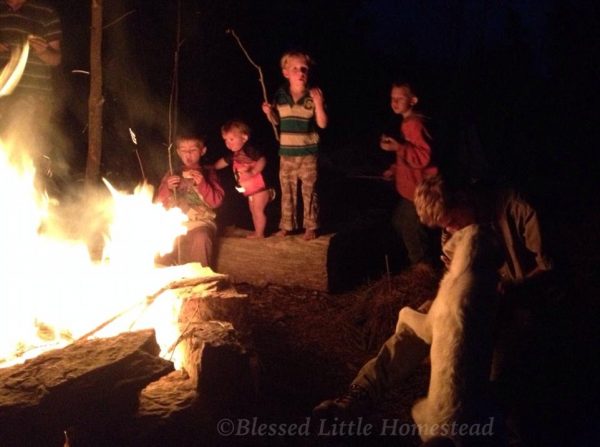