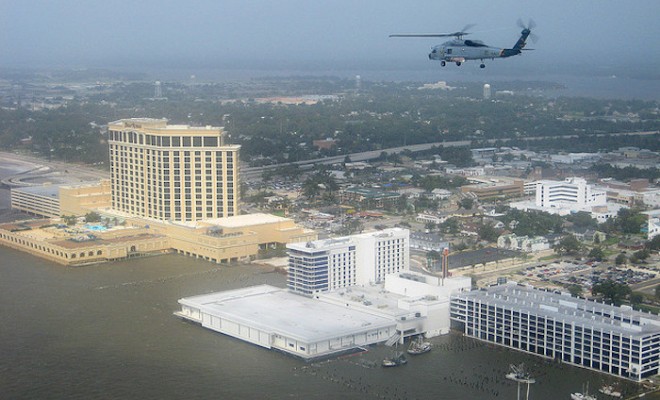 BILOXI, Miss. (INTELLIHUB) — If the document mentioned herein stands the mayor may have sold out a portion of the city for the United States Special Operations Command (SOCOM) to “conduct military training” for “ISO JADE HELM 15″ between the dates of Aug. 1 and Aug. 8, 2015.

According to the text, the training will take place at specifically designated locations such as a warehouse, an abandoned casino that was formerly owned by Jimmy Buffett, and an old abandoned school.

A portion of the document reads, “The City of Biloxi, Mississippi, is pleased to support the United states Special Operations Forces as they develop techniques and tactics necessary to defend United states interests around the globe.”

The unclassified “resolution” dated Mar. 31, 2015, is to be, or has already been signed by Kenny Glavan, the Acting Mayor listed on the document.

Additionally the resolution also grants “consent” for the U.S. Government to “collect overhead imagery and remote sensing data” of the “facility” located at 2003 Lawrence Blvd..

What do you make of this, other than the fact that it looks like a nice place to activate a FEMA camp?

Why are they already scanning and receiving data from the area?

IT’S “WITHIN THE TIMELINE OF JADE HELM”, SAYS YOUTUBER DAHBOO77.

What do you make of this?