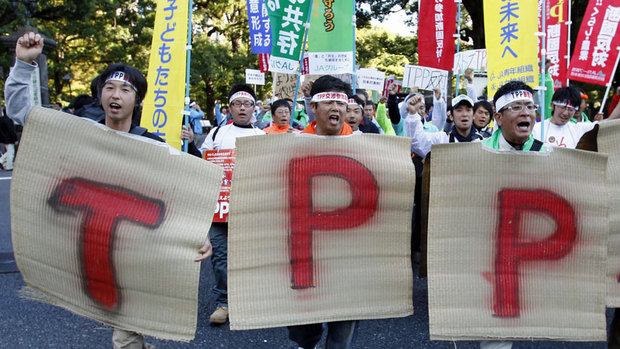 Despite the Global elite’s best efforts as well as Obama’s best efforts to conceal the most draconian political act in the history of mankind through the Trans-Pacific Partnership, some disturbing details are beginning to emerge as to how encompassing this totalitarian piece of legislation is going to be.

Say Goodbye to Alternative Health Care and Growing Your Own Food

As we know, the United Nation’s Agenda 21, now known as Earth First, has long attempted to wipe out the alternative health care industry through the control of Codex Alimentarius.

The United Nation’s World Health Organization is holding an implementation conference in July of 2015 as the global elite are clearly making their move to go after all alternative health care as part of the TPP. Please note that the dates of the conference coincide with the announced and “formal” beginning of Jade Helm.

The leaked documents also speak to the fact that the TPP will also control all seeds and all planting. This will allow the UN and its host governments and corporate sponsors to gain control over all food and utilize food as a weapon. There are over 30 articles which provide an analysis of leaked documents that address both the Codex Alimentarius takeover as well as the control over all food.

This is tantamount to using food as a political tool in order to enforce political compliance. Could this be why there is a drought, to the magnitude in California, in which the state will run out of water within a year.  What is inexcusable, is that California has not even attempted to use any form of weather modification. Since the 1970’s, where I grew up in Colorado, the state used primitive cloud seeding to bring moisture in the form of snow to the ski resorts in the Colorado Rockies. I say primitive, because if one reviews the weather modification permits on sites such as Dr. Nick Begich’s site in which he identifies patents and technology designed for weather control that are, in some cases, decades old.

Transferring the American Economy to a Corporate, Rollerball Style of Dictatorship

When something is secret and kept from you, it is usually very bad for you! As America races toward her date with destiny, there is yet another “fundamentally transforming” event coming her way and that event is known as the Trans-Pacific Partnership (TPP). The TPP is a plot designed to hand over control of the world’s governments to private corporate interests and it is all being done in secret. Even Congress is not allowed to examine the TPP provisions. Under the TPP, for example, GMO labels for US food would not be allowed. To make matters worse, there is an obscure portion of the TPP and other trade agreements which is so diabolical, so devastating, that the planet will eventually resemble the movie, Rollerball, in which a small number of corporations will rule the planet.

Many of us in the media believe that some of the effects of the TPP will be felt before the coming war and martial law crackdown. However, after careful analysis, I am convinced that the brunt of the TPP will be felt after the America we know has been totally taken over in a post-war and post-economic collapse scenario. In other words, following World War III, the United Nations, as a body, will be replaced with the United Corporations. At the end of the day, it does not matter when the implementation of the TPP comes, because when it does, America will no longer be recognizable to anyone who has grown up in this once great country. The reason that America will no longer be recognizable is because America will no longer exist because of a key provision contained in the TPP.

Within a few short years, following implementation of the TPP, which will surely grow from the 40% of the world’s population that it will soon control as it will eventually encompass 100% of the planet. The TPP will eliminate all nation states as the ruling authority and it will be supplanted by corporate authority. This will be made possible because of an obscure provision of the TPP known as the Investor State Dispute Settlement (ISDS). ISDS is a key component of the TPP.  Unfortunately, for the planet, ISDS principles are being negotiated as I write these words, outside of the TPP, in ongoing trade deals between the United States and the European Union. ISDS allows corporations to sue governments,  for any government action (at any level, including local government level) which hinders a corporation’s future profits. Literally, Monsanto could provably be poisoning the entire population of a nation and the nation could do nothing which might result in the loss of profits to Monsanto. This also means that as a private citizen, if you organize a boycott against Monsanto, you could be sued in a foreign court for obstructing Monsanto profits and you should be aware that there are many foreign courts that jail legal participants for unpaid debts to corporations.

If a corporation feels that a government has impeded its ability to maximize profits, a suit is filed, outside the country being sued, and the case will be heard by an arbitration panel of trade lawyers, in a jurisdiction totally of the corporation’s choosing. Under ISDS, the dispute panel may only consider the ‘free trade’ values of the case. No other factors may be considered when deciding the case. This means that these corporate panels must disregard values of public health, civil liberties, environmental protection, or the rights of workers (e.g. working conditions) or any other Constitutionally protected liberties.

This is the end of representative government as we know and the commencement of oligarchic corporate control over every individual on the planet in which every life-sustaining resource on the planet can be denied for noncompliance.

The Concidence of  TPP, Economic Collapse and Jade Helm

The American is in near free-fall. The Daily Coin published the following two days ago and this should send chills up and down every American’s spine.

I wanted to show those graphs from Zerohedge with my edits (right graph) because they show the extreme dislocation between the true economic fundamentals and the financial markets in the U.S. “US Macro” data is the differential between Wall Street’s “brain trust” estimates for various economic data and the actual reported result. The negative differential between the expectations of supposedly educated, bright economic professionals and reality has never been greater.

The economic data – almost all of it – has been collapsing at a rate as great or greater than it was collapsing in 2008.”

It would be easy to cite at least a dozen other sites which are essentially saying the same thing: Without a dramatic turnaround, the American economy will soon collapse. Food will not be transported, shortages will occur and rioting will commence.

My operating hypothesis is that the first move in the dominoes which are about to fall will be an economic collapse.  This will necessitate  a state of martial law because hungry looters will be preying on those with life-sustaining assets. As the lies of this administration in which they have repeatedly proclaimed that all is well with the economy become exposed, no government official will be safe from an angry public.

On the heels of an economic collapse will be the implementation of Jade Helm dissident extractions and the full implementation of martial law. Amidst the chaos, people living in border states will soon find out just how right the Judicial Watch report was when it told us of the existence an ISIS base camp eight miles from El Paso. Do we really need an ISIS camp to know that ISIS is here after the FBI Director told America that ISIS has a presence in all 50 states? Didn’t we just see the first known ISIS attack on American soil at the Geller “Draw a prophet” event?

Under the cover of chaos, ISIS will no doubt unleash their terror upon America, particularly those living in border states.  The net effect of the coincidence of these events will result in the collapse of the government as we now know it. Congress and the Supreme Court will become totally irrelevant. The President and the forces that he represents will become all powerful  and Obama will not likely leave office, much to Clinton’s dismay.

When the smoke clears, there will be no government, only corporate rule as per the movie Rollerball. The TPP will be the law of the planet and God help us because the purge will begin. What purge you ask? The purge we are seeing  in places like Montana in which Montana just settled the question on which way this will be going as they passed a law that identifies Christians as targets. Montana’s Disclose Act SB289 nicknamed “the “Dark Money Bill” and it is also called the “Conservative Christian Identification Act” provides a clear indication where this is going. This law mandates that if a particular church takes a stand on political issues (e.g. abortion, gay marriage), every churchgoer who gives contributions to the church will be listed on a political database “list” and their addresses will published for all to see.

If these events are not interconnected we have an amazing set of coincidences now don’t we? Americans are in for some very dark days, Christians in particular. 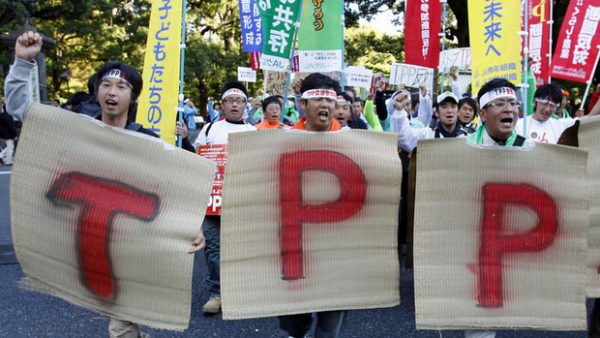