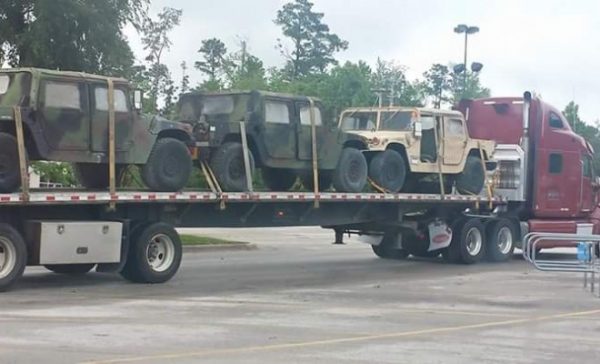 Due to overwhelming public outcry over the Jade Helm 15 joint military exercises scheduled to take place this summer in multiple states across the Southwest, Texas Governor Greg Abbott (the governor of the state denoted “hostile” in the Jade Helm drill map below) wants everyone to know he’s talked to some military people and there is absolutely nothing to worry about.

Abbott drew heavy fire (pun intended) when he initially called for the Texas National Guardsmen to monitor these drills and make sure none of the citizens of Texas had their rights trampled. Now, though, Newsmax reports that Abbott, “has talked to members of the military who assure him no such worries are justified.”

“It’s so important to understand that there probably is no state in America that is more deeply connected to the military or honors the military more,” Abbott said. “And my office has been in communication with military at multiple levels, and we have the greatest assurances that these are normal military operations and they’re going to work out just fine.”

You see? The governor talked to some members of the military and he has had assurances that the exercises are “going to work out just fine.” Gee, I know I feel better, don’t you?

How is it normal and just accepted for our now standing army to infiltrate and try to blend in with domestic civilian populations? Because Main Street America just looks so much like the foreign battlefields in other countries across the world that these training drills are supposedly for in the first place, right?

But, again, the governor talked to some unnamed members of the military at multiple levels and it’s all “going to work out just fine.”

Whom it would work out “just fine” for, by the way, the governor did not specify.

Nor did he answer Brandon Smith of Alt Market‘s very poignant question which, as of yet, no one in any official capacity has publicly addressed:

“Jade Helm exercises are also joint exercises with domestic agencies like the FBI and the DEA. Again, why include domestic law enforcement agencies in a military exercise merely meant to prepare troops for foreign operations?” [emphasis added] 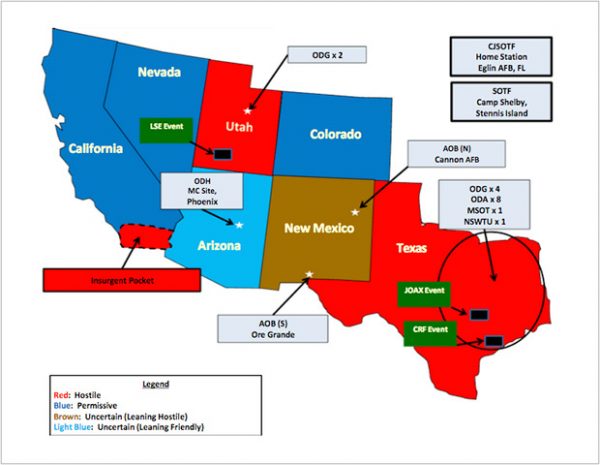