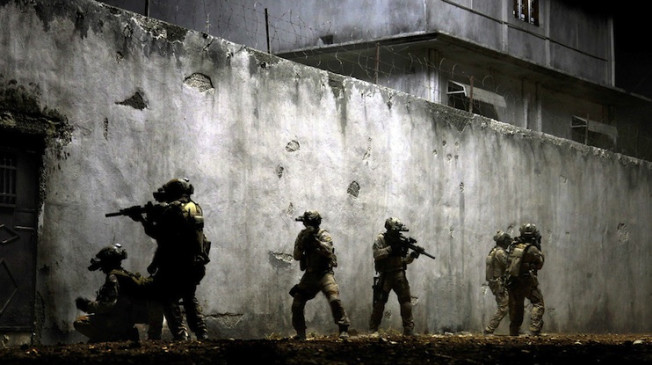 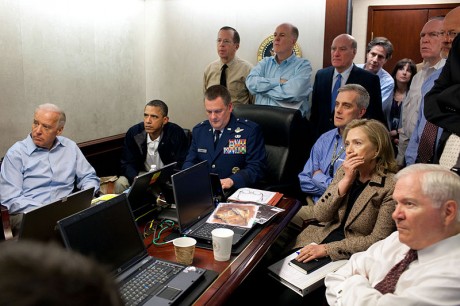 Pulitzer Prize winning investigative journalist Seymour Hersh has uncovered one of the biggest lies in modern American history.  It turns out that much of what the American public was told about the raid that killed Osama bin Laden was a blatant lie.  According to Hersh, Osama bin Laden had been captured by Pakistan all the way back in 2006, and he was being held by the ISI as a prisoner at the Abbottabad compound that the SEALs ultimately raided in 2011.  In addition, Hersh says that the ISI and Pakistan’s military knew about the SEAL raid in advance.  Arrangements were made so that the Black Hawk helicopters could travel through Pakistani airspace safely, and the ISI guards at Osama bin Laden’s compound were pulled away before the SEALs got there.  And by that time, Osama bin Laden was reportedly in such bad health that he was essentially a cripple.  There was no “firefight” at all – only a turkey shoot.  Afterwards, Osama bin Laden’s body never made it to the USS Carl Vinson for a “burial at sea”.  That was all just part of the cover story according to Hersh.  Of course the White House and Obama’s lackeys at CNN are strongly denying all of this, and they will continue to deny the truth for as long as they possibly can.  But there are individuals in the U.S. military and in the U.S. intelligence community that can come forward and tell us what really happened.  Let us hope that at least some of those individuals still care enough about this country to do that.

According to Hersh, one of the biggest lies that Obama told was that Pakistani leadership had no idea that the Seals were coming in.  Actually, the truth is that the head of the army, General Ashfaq Parvez Kayani, and the director general of the ISI, General Ahmed Shuja Pasha, were both heavily involved in the planning of the operation.  The following is an excerpt from Hersh’s article for the London Review of Books…

Pasha and Kayani were responsible for ensuring that Pakistan’s army and air defence command would not track or engage with the US helicopters used on the mission. The American cell at Tarbela Ghazi was charged with co-ordinating communications between the ISI, the senior US officers at their command post in Afghanistan, and the two Black Hawk helicopters; the goal was to ensure that no stray Pakistani fighter plane on border patrol spotted the intruders and took action to stop them. The initial plan said that news of the raid shouldn’t be announced straightaway. All units in the Joint Special Operations Command operate under stringent secrecy and the JSOC leadership believed, as did Kayani and Pasha, that the killing of bin Laden would not be made public for as long as seven days, maybe longer. Then a carefully constructed cover story would be issued: Obama would announce that DNA analysis confirmed that bin Laden had been killed in a drone raid in the Hindu Kush, on Afghanistan’s side of the border. The Americans who planned the mission assured Kayani and Pasha that their co-operation would never be made public. It was understood by all that if the Pakistani role became known, there would be violent protests – bin Laden was considered a hero by many Pakistanis – and Pasha and Kayani and their families would be in danger, and the Pakistani army publicly disgraced.

When the SEALs got to the compound in Abbottabad, bin Laden and his family were completely unguarded.  That is because the ISI guards had already been pulled back.

Here is more from Hersh…

At the Abbottabad compound ISI guards were posted around the clock to keep watch over bin Laden and his wives and children. They were under orders to leave as soon as they heard the rotors of the US helicopters. The town was dark: the electricity supply had been cut off on the orders of the ISI hours before the raid began. One of the Black Hawks crashed inside the walls of the compound, injuring many on board. ‘The guys knew the TOT [time on target] had to be tight because they would wake up the whole town going in,’ the retired official said. The cockpit of the crashed Black Hawk, with its communication and navigational gear, had to be destroyed by concussion grenades, and this would create a series of explosions and a fire visible for miles. Two Chinook helicopters had flown from Afghanistan to a nearby Pakistani intelligence base to provide logistical support, and one of them was immediately dispatched to Abbottabad. But because the helicopter had been equipped with a bladder loaded with extra fuel for the two Black Hawks, it first had to be reconfigured as a troop carrier. The crash of the Black Hawk and the need to fly in a replacement were nerve-wracking and time-consuming setbacks, but the Seals continued with their mission. There was no firefight as they moved into the compound; the ISI guards had gone. ‘Everyone in Pakistan has a gun and high-profile, wealthy folks like those who live in Abbottabad have armed bodyguards, and yet there were no weapons in the compound,’ the retired official pointed out. Had there been any opposition, the team would have been highly vulnerable. Instead, the retired official said, an ISI liaison officer flying with the Seals guided them into the darkened house and up a staircase to bin Laden’s quarters. The Seals had been warned by the Pakistanis that heavy steel doors blocked the stairwell on the first and second-floor landings; bin Laden’s rooms were on the third floor. The Seal squad used explosives to blow the doors open, without injuring anyone. One of bin Laden’s wives was screaming hysterically and a bullet – perhaps a stray round – struck her knee. Aside from those that hit bin Laden, no other shots were fired. (The Obama administration’s account would hold otherwise.)

After the raid, Obama was never supposed to go public with what had happened.  Instead, about a week later a cover story about how bin Laden had been killed in a drone strike was supposed to be released to the public.  Obama betrayed the Pakistanis for his own political gain.  And the highly touted “burial at sea” of bin Laden never took place either…

Within weeks of the raid, I had been told by two longtime consultants to Special Operations Command, who have access to current intelligence, that the funeral aboard the Carl Vinsondidn’t take place. One consultant told me that bin Laden’s remains were photographed and identified after being flown back to Afghanistan. The consultant added: ‘At that point, the CIA took control of the body. The cover story was that it had been flown to the Carl Vinson.’ The second consultant agreed that there had been ‘no burial at sea’. He added that ‘the killing of bin Laden was political theatre designed to burnish Obama’s military credentials … The Seals should have expected the political grandstanding. It’s irresistible to a politician. Bin Laden became a working asset.’ Early this year, speaking again to the second consultant, I returned to the burial at sea. The consultant laughed and said: ‘You mean, he didn’t make it to the water?’

The retired official said there had been another complication: some members of the Seal team had bragged to colleagues and others that they had torn bin Laden’s body to pieces with rifle fire. The remains, including his head, which had only a few bullet holes in it, were thrown into a body bag and, during the helicopter flight back to Jalalabad, some body parts were tossed out over the Hindu Kush mountains – or so the Seals claimed. At the time, the retired official said, the Seals did not think their mission would be made public by Obama within a few hours: ‘If the president had gone ahead with the cover story, there would have been no need to have a funeral within hours of the killing. Once the cover story was blown, and the death was made public, the White House had a serious “Where’s the body?” problem.

Obviously the SEALs could blow up the whole story by coming back and talking to the media.  That is why the Obama administration has gone to extraordinary lengths to silence them…

The White House’s solution was to silence the Seals. On 5 May, every member of the Seal hit team – they had returned to their base in southern Virginia – and some members of the Joint Special Operations Command leadership were presented with a nondisclosure form drafted by the White House’s legal office; it promised civil penalties and a lawsuit for anyone who discussed the mission, in public or private. ‘The Seals were not happy,’ the retired official said. But most of them kept quiet, as did Admiral William McRaven, who was then in charge of JSOC. ‘McRaven was apoplectic. He knew he was ****** by the White House, but he’s a dyed-in-the-wool Seal, and not then a political operator, and he knew there’s no glory in blowing the whistle on the president. When Obama went public with bin Laden’s death, everyone had to scramble around for a new story that made sense, and the planners were stuck holding the bag.’

There is so much more in Hersh’s article, and you can read the rest of it right here.  The following is how Business Insider summarized some of the main points…

If these things are true, Barack Obama and much of his inner circle should immediately resign.  They purposely and maliciously lied to the American people over and over for their own political gain.  But of course so far they are choosing to deny everything…

“There are too many inaccuracies and baseless assertions in this piece to fact check each one,” White House National Security Council spokesman Ned Price said in a statement shared with The Hill.

“Every sentence I was reading was wrong,” former acting CIA Director Michael Morell added Monday on “CBS This Morning.”

“The source that Hersh talked to has no idea what he’s talking about. The person obviously was not close to what happened,” he added. “The Pakistanis did not know. The president made a decision not to tell the Pakistanis. The Pakistanis were furious with us. The president sent me to Pakistan after the raids to start smoothing things over.”

So what we need are people that know what really happened to step forward and tell the American people the truth.

Without a doubt, there are individuals in the U.S. military and in the U.S. intelligence community that can expose the lies of the Obama administration if they have the courage to act.

If you are one of those individuals and you choose to remain silent, you are betraying this country just like the Obama administration has.  The time has come to tell the truth, and it is your duty as an American to do so. 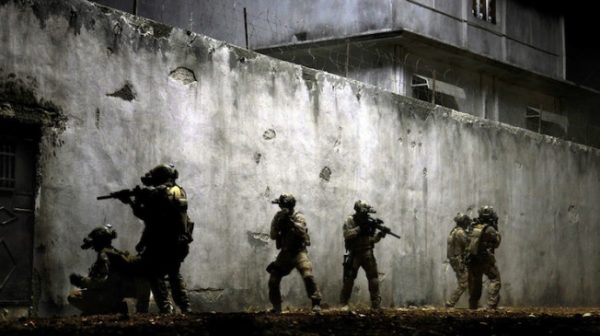