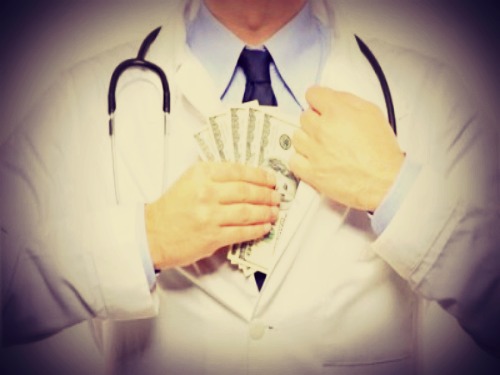 Hey California parents… Have you considered homeschool yet?

The California Senate just advanced a bill Thursday that would end a parent’s right to choose what is shot into his or her child for philosophical reasons, once again effectively telling the entire state their supposed political representatives do not represent the will of the people but the will of corporations.

The only option left for parents to refuse vaccinations for their public school children will be to receive a medical waiver signed off by a licensed physician. Considering the majority of pediatricians make most of their money off Orwellian-named “well-child” (read: vaccination) visits, those will likely be hard to come by.

The legislation “is about increasing immunization rates so no one will have to suffer from vaccine-preventable diseases,” said Sen. Benjamin Allen (D-Santa Monica), who co-authored it with Sen. Richard Pan (D-Sacramento)…

Pan said more parents are refusing to immunize their children, putting others with low immune systems at risk.

“Vaccines are needed to protect us, but that protection has been eroding,” said Pan, a pediatrician.

The good senators admit right there they are not preserving an individual’s rights or the will of the people. If more people are collectively refusing to vaccinate their kids, maybe there’s a reason for it that should be respected. The arguments against vaccines are many and the corruption of its politics significant; parents who opt out are surely doing so for a strong reason, no matter what that reason is. Simple emotion arguments are used over and over to beat people into obedience, and impose upon individual rights again and again to transfer their power to the State.

And that’s a problem for everyone.

It should also be noted that pediatrician Senator Pan is officially on the Big Pharma payroll, so he has a vested interest in seeing this bill pass (read more about that in “CA Bill Banning Childhood Vaccine Exemptions Sponsored by Big Pharma Bought-off Senator Moves Ahead”).

Once upon a time we may have lived in a country where people had the right to choose what went into their bodies. Now we are being told we aren’t even allowed to know whether or not the food we eat is genetically modified. The government has put us on a need-to-know basis and determined we do not need to know. Now we won’t have any rights when it comes to our children.

Tyranny, corruption, and corporatism are rampant. Founding father Benjamin Rush warned us long ago that medical freedom should have been added to the Constitution:

(Not the religious freedom is really being upheld in this country these days either, but that’s another story.)

That medical tyranny is here being blatantly shoved in our faces, and we can’t even say we weren’t warned. A Florida Congresswoman recently introduced The Vaccinate All Children Act of 2015 which will go a step beyond just eliminating personal belief waivers; the bill attempts to blackmail all states into vaccine compliance by withholding grant funding. Considering our schools today are all about the funding…

California’s bill still has to pass the assembly, but considering the state of hysteria people were brought to over measles, a chickenpox-like disease that used to be little more than a sitcom punchline back in the days before vaccines, it likely will.

When it does, California will be the 33rd state to take away a parent’s right to decide whether or not his child gets shot up with a cocktail of heavy metals, antibiotics, preservatives like formaldehyde, and human and calf fetal tissue in a nation with an autism epidemic and which is tied with Serbia and Bosnia for 42nd in child mortality rates under the age of five despite having the most aggressive vaccination schedule in the world.