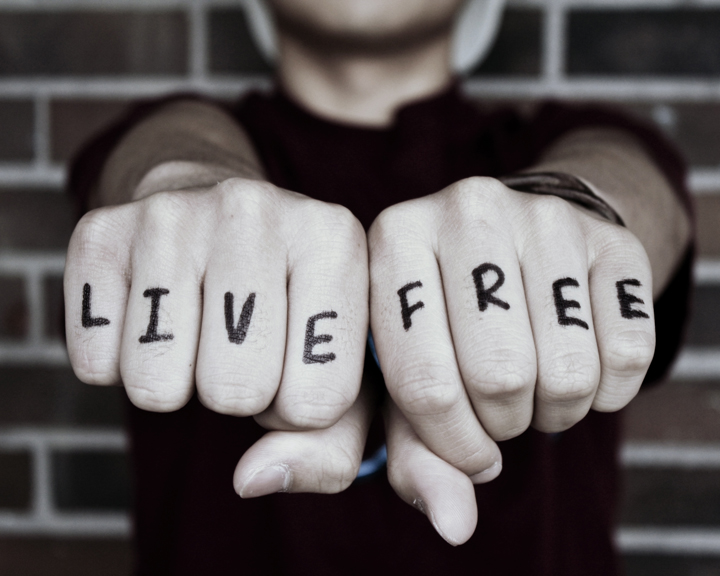 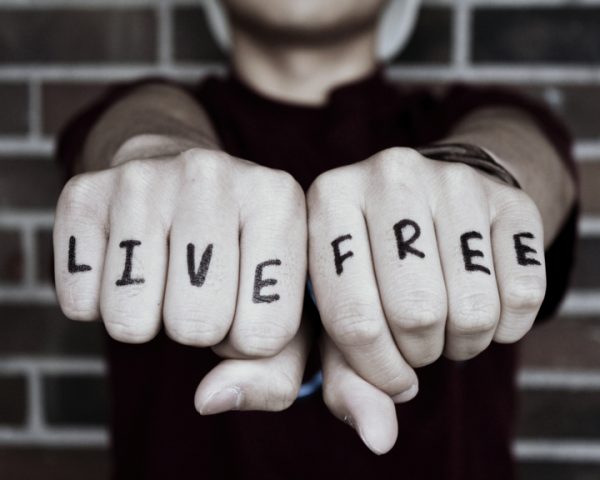 Everyone wants to live free, but few actually walk the walk and stand up for their rights.

Of course, the state has created the perception that you are required to get permits and licenses and official approval to travel or build a home and many other activities that have been established as individual rights by common law and historic precedence.

Most people just bow to the demands of offices, courts and officers either in ignorance of the law’s true requirements, or to go along, and get along in an orderly and convenient fashion.

He tells his story of arming himself with the knowledge of state and federal codes and asserting his rights to be free.

Over the course of decades, he successfully built his own homestead by, with walls made of straw bales, and rescinded his driver’s license, registration and license plate to drive travel on roads in his car without much interference.

When pulled over, or confronted by inspectors and code enforcers, Hyland presented letters with sound defense of the parameters he is operating under. As he pointed out, the Supreme Court has ruled on this matter, and upheld the right to travel. Hyland noted, in part:

In my studies I learned many years ago that the driving code is commercial in nature.

By law, the only individuals who are required to license themselves and their vehicles are those who are involved in the commercial activity of transporting goods or paying passengers for a living. We The People have a Right to own the cars we have purchased and travel upon the public Right of Way. However, it has been written since the times of horse and buggy that the commercial activity of transportation shall be a regulated privilege.“The right of the citizen to travel upon the public highways and to transport his property thereon, either by carriage or by automobile, is not a mere privilege which a city may prohibit or permit at will, but a common law right which he has under the right to life, liberty, and the pursuit of happiness.” Thomas v. Smith, 154 SE 579.

In my meeting with the directors of the MVD, I opened the books of laws defining these commercial activities and read aloud certain passages describing jurisdiction and intent. I asked the directors if they could prove anywhere, in written law, that the Citizen must relinquish his right to travel and subvert that freedom into a paid-for privilege. The directors were unable to interject any proof at all except to say I am welcome to my opinions. I was reading from a page titled “Definitions” and I pointed out that the title atop this page wasn’t “Opinions.” From New Mexico Administrative Code Title 18, section 18.2.3.12, is the definition “Driving of Motor Vehicles”: “The department of public safety hereby adopts Part 392 of Title 49 of the Federal Regulations with no amendments.” I offered the page from 49 CFR 392 for them to peruse, which begins with the headline: “Driving of Commercial Motor Vehicles.” At that point, the directors went silent and I told them I would return the following Monday and close my account.

He didn’t win every round, and it remained an uphill battle, but he did do it, until he was practically compelled to get another driver’s license or go to jail.

For the strong willed and the determined, you too can live free, without the pretenders to authority granting you permission for rights. (It may work better in some states and areas than others, but the principles are there.)

The Jailhouse Lawyer wrote this about Hyland’s work, and its potential to inspire like-minded civil disobedience in other patriots who understand the law:

Tom Hyland is a citizen of Santa Fe, New Mexico who is fed up with the unconstitutional machinery of government system operative in his state, and in ALL others, by whom government, fraudulently, and deceptively, coerces, under threat, Sovereign American Citizens, against their will, into participating with the state Motor Vehicle Division which regulates “driving”, “driver’s licenses”, plates and insurance. Rights guaranteed in the Constitutions may not be controlled, legislated, manipulated, limited, restricted, denied or taxed, in any way. However, in this country, if the Citizens do not know, claim, demand and enforce their Rights, then they have none. Tom knows this and has been the “beligerant claimant in person”.

Every American Citizen has the Right of free and unrestricted travel in this Nation. According to laws well established he is free to travel in his own private motor conveyance, upon the public roads. When Citizens are unaware of their Rights and allow those Rights to be converted into “privileges”, which then are controlled, manipulated and taxed, those Citizens willingly surrender their Rights and, in so doing, collude and conspire with government to defraud and deprive themselves of Rights guaranteed in the Constitutions, both federal and state. We the People have been duped into participating in this fraud by our own governments. When government deals with the People, the People should be able to expect, in this “free” Nation, that government will deal “lawfully” with them, and not “defraud” them, as a usual custom, practice and policy of government. The expectations rarely, if ever, meet the reality of actual government practice, yet the People do little, if anything, to stop it. Do you see why the governments have no respect for the People?

Tom won two cases in New Mexico courts brought by the State of New Mexico against him for “no driver’s license, no plates, no registration, and no insurance”. Both cases were dismissed, with prejudice, and have established precedents, whether recognized, or not. To expose this fraud and restore Constitutional governance to New Mexico, Tom filed a Complaint and case in the state’s first judicial district court, in Santa Fe, against 34 individuals who work for the machinery of government of the State of New Mexico […] 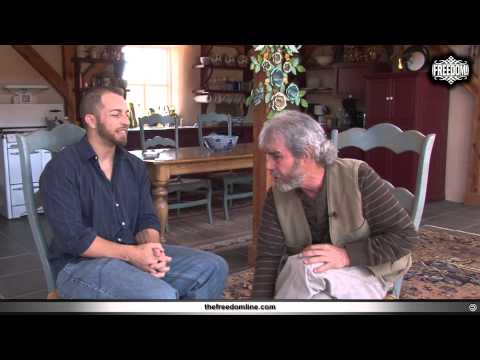