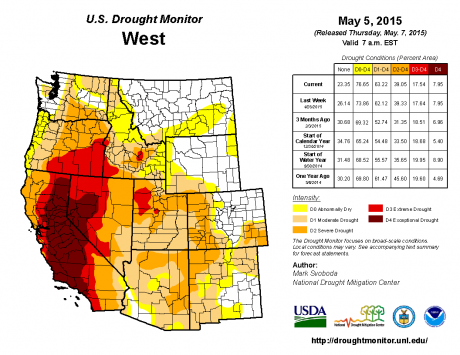 What are we going to do once all the water is gone?  Thanks to the worst drought in more than 1,000 years, the western third of the country is facing the greatest water crisis that the United States has ever seen.  Lake Mead is now the lowest that it has ever been since the Hoover Dam was finished in the 1930s, mandatory water restrictions have already been implemented in the state of California, and there are already widespread reports of people stealing water in some of the worst hit areas.  But this is just the beginning.  Right now, in a desperate attempt to maintain somewhat “normal” levels of activity, water is being pumped out of the ground in the western half of the nation at an absolutely staggering pace.  Once that irreplaceable groundwater is gone, that is when the real crisis will begin.  If this multi-year drought stretches on and becomes the “megadrought” that a lot of scientists are now warning about, life as we know it in much of the country is going to be fundamentally transformed and millions of Americans may be forced to find somewhere else to live.

Simply put, this is not a normal drought.  What the western half of the nation is experiencing right now is highly unusual.  In fact, scientists tell us that California has not seen anything quite like this in at least 1,200 years…

Analyzing tree rings that date back to 800 A.D. — a time when Vikings were marauding Europe and the Chinese were inventing gunpowder — there is no three-year period when California’s rainfall has been as low and its temperatures as hot as they have been from 2012 to 2014, the researchers found.

Much of the state of California was once a desert, and much of it is now turning back into a desert.  The same thing can also be said about much of Arizona and much of Nevada.  We never really should have built massive, sprawling cities such as Las Vegas and Phoenix in the middle of the desert.  But the 20th century was the wettest century for western North America in about 1,000 years, and we got lulled into a false sense of security.

At this point, the water level in Lake Mead has hit a brand new record low, and authorities are warning that official water rationing could soon begin for both Arizona and Nevada…

Lake Mead, the largest reservoir in the US, has hit its lowest level ever. Feeding California, Nevada and Arizona, it can hold a mind-boggling 35 cubic kilometres of water. But it has been many years since it was at capacity, and the situation is only getting worse.

“We’re only at 38 percent full. Lake Mead hasn’t been this low since we were filling it in the 1930s,” said a spokeswoman for the US Bureau of Reclamation in Las Vegas.

If it gets much lower – and with summer approaching and a dwindling snowpack available to replenish it, that looks likely – official rationing will begin for Arizona and Nevada.

And did you know that the once mighty Colorado River no longer even reaches the ocean?  Over 40 million people depend upon this one river, and because the Colorado is slowly dying an enormous amount of water is being pumped out of the ground in a crazed attempt to carry on with business as usual…

The Colorado River currently supplies water to more than 40 million people from Denver to Los Angeles (as well as Las Vegas, Phoenix, Tucson, San Diego, Salt Lake City, Albuquerque, and Santa Fe—none of which lie directly on the river). According to one recent study, 16 million jobs and $1.4 trillion in annual economic activity across the West depend on the Colorado. As the river dries up, farmers and cities have turned to pumping groundwater. In just the last 10 years, the Colorado Basin has lost 15.6 cubic miles of subsurface freshwater, an amount researchers called “shocking.” Once an official shortage is declared, Arizona farmers will increase their rate of pumping even further, to blunt the effect of an anticipated sharp cutback.

The same kind of thing is going on in the middle part of the country.  Farmers are pumping water out of the rapidly shrinking Ogallala Aquifer so fast that a major crisis in the years ahead is virtually guaranteed…

Farther east, the Ogallala Aquifer under the High Plains is also shrinking because of too much demand. When the Dust Bowl overtook the Great Plains in the 1930s, the Ogallala had been discovered only recently, and for the most part it wasn’t tapped then to help ease the drought. But large-scale center-pivot irrigation transformed crop production on the plains after World War II, allowing water-thirsty crops like corn and alfalfa for feeding livestock.

But severe drought threatens the southern plains again, and water is being unsustainably drawn from the southern Ogallala Aquifer. The northern Ogallala, found near the surface in Nebraska, is replenished by surface runoff from rivers originating in the Rockies. But farther south in Texas and New Mexico, water lies hundreds of feet below the surface, and does not recharge. Sandra Postel wrote here last month that the Ogallala Aquifer water level in the Texas Panhandle has dropped by up to 15 feet in the past decade, with more than three-quarters of that loss having come during the drought of the past five years. A recent Kansas State University study said that if farmers in Kansas keep irrigating at present rates, 69 percent of the Ogallala Aquifer will be gone in 50 years.

At one time, most of us took water completely for granted.

But now that it is becoming “the new oil”, people are starting to look at water much differently.  Sadly, this even includes thieves…

With the state of California mired in its fourth year of drought and a mandatory 25 percent reduction in water usage in place, reports of water theft have become common.

In April, The Associated Press reported that huge amounts of water went missing from the Sacramento-San Joaquin Delta and a state investigation was launched. The delta is a vital body of water, serving 23 million Californians as well as millions of farm acres, according to the Association for California Water Agencies.

The AP reported in February that a number of homeowners in Modesto, California, were fined $1,500 for allegedly taking water from a canal. In another instance, thieves in the town of North San Juan stole hundreds of gallons of water from a fire department tank.

In case you are wondering, of course this emerging water crisis is going to deeply affect our food supply.  More than 40 percent of all our fruits and vegetables are grown in the state of California, so this drought is going to end up hitting all of us in the wallet one way or another.

And this water crisis is not the only major threat that our food supply is facing at the moment.  A horrific outbreak of the bird flu has already killed more than 20 million turkeys and chickens, and the price of eggs has already gone up substantially…

The cost of a carton of large eggs in the Midwest has jumped nearly 17 percent to $1.39 a dozen from $1.19 since mid-April when the virus began appearing in Iowa’s chicken flocks and farmers culled their flocks to contain any spread.

A much bigger increase has emerged in the eggs used as ingredients in processed products like cake mix and mayonnaise, which account for the majority of what Iowa produces. Those eggs have jumped 63 percent to $1.03 a dozen from 63 cents in the last three weeks, said Rick Brown, senior vice president of Urner Barry, a commodity market analysis firm.

Most of us are accustomed to thinking of the United States as a land of seemingly endless resources, but now we are really starting to bump up against some of our limitations.

Despite all of our technology, the truth is that we are still exceedingly dependent on the weather patterns that produce rain and snow for us.

For years, I have been warning that Dust Bowl conditions would be returning to the western half of the country, and thanks to this multi-year drought we can now see it slowly happening all around us.

And if this drought continues to stretch on, things are going to get worse than this. 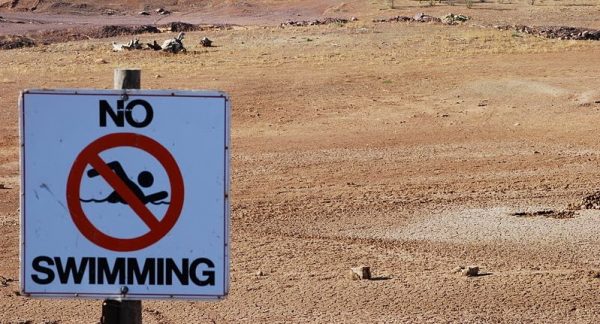