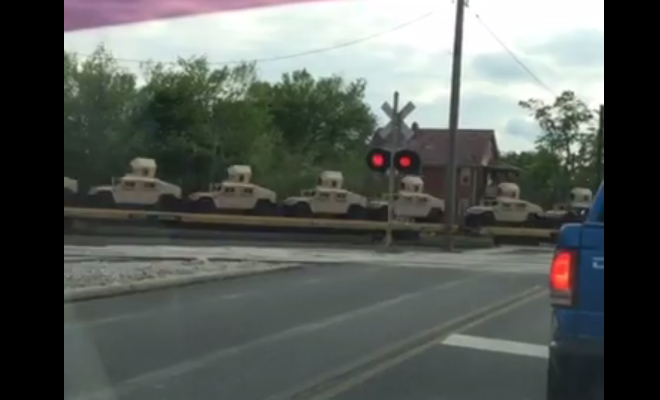 (INTELLIHUB) — New footage showing a train full of hundreds of military Humvees has been released, further revealing the increased military buildup across the country leading into Jade Helm 2015.

The train was heading towards Cleveland for unknown reasons although a possible connection to planned upcoming protests has been mentioned.

Interestingly, additional footage uploaded by DAHBOO777 showed that a US Army Reserve center in the area was already full.

The footage comes at a time when military movements as well as urban military training with a domestic focus have increased to previously unseen levels.

From Special Forces training with local police for domestic military raids to training in Arizona for the possible internment of American citizens, we are seeing an undeniable buildup and training for something.

Photos: Marines train for internment of citizens under martial law

“In yet another startling revelation in the lead up to Jade Helm 2015, Special Forces out of Fort Bragg are currently training with Richland County, South Carolina police officers to provide realistic military scenarios.

Footage from previous training in the area included midnight house to house raids conducted by a combined military and police force.”

One day after the above report, footage from Jade Helm training in Arizona openly displayed the military training for the internment of citizens.

Whether the convoy heading to Cleveland is connected to planned protests and possible riots or just further military movements leading into the summer remains to be seen. Stay tuned for further coverage of Jade Helm here at Intellihub News. 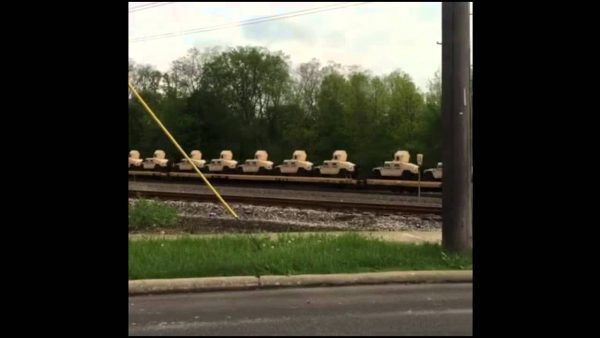