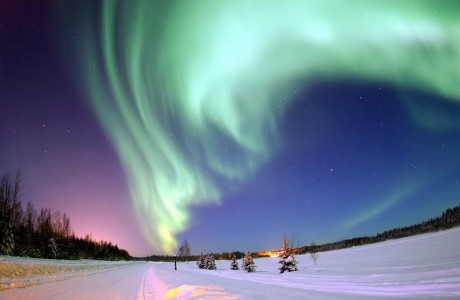 All over the globe, people are recording extremely loud sounds coming from the sky.  In many instances, these ominous noises sound like someone is blowing a trumpet.  So what are we supposed to make of these “apocalyptic” sounds?  Should we be concerned?  Well, what we do know is that this is truly a global phenomenon.  In addition to being heard at locations all over the United States and Canada, these sounds have also been recorded in Germany, Hungary, the Czech Republic, Denmark, Sweden, England, Costa Rica, Ukraine and France.  If you go to YouTube and type in “strange sounds”, you will literally get hundreds of results from all over the planet.  Of course there are many scientists that insist that there must be a “rational explanation” for these strange sounds.  Some theories have suggested fracking, “rock bursts”, venting of high-pressure gas, atmospheric pressure or the natural “background noise” of our planet as the causes of these sounds, but so far none of those theories have been proven.  But two things seem certain – these noises sure are creepy, and they just keep on happening.

And this phenomenon is now really starting to get a whole lot of attention.  Just within the last month, there have been headlines about it in major new sources all over the planet.  For instance, the following is a brief excerpt about this phenomenon from an article in the New York Post…

Video clips from around the world have captured an evil-sounding ‘trumpet’ noise coming from the sky — but no one can explain exactly what it is.

A number of people have filmed the bizarre sound over the past 10 years with the latest coming from Germany.

Video of this most recent incident that happened in Germany is posted below.  What do you think could possibly be making this noise?…

As I discussed above, similar sounds have been recorded all over the globe in recent years.  Very quickly, let me share four examples with you that were recently included in an article by Melissa Dykes.

This first one comes from British Columbia, Canada…

This next one was recorded in Allen, Texas…

Similar sounds have also been heard all the way on the other side of the planet.  This example comes from Queensland, Australia… Lastly, this next remarkable video comes from Melbourne, Australia… Personally, I have no idea what is causing these sounds.  But so many people around the world are experiencing them that it seems to rule out a hoax.

So how can we explain them?

The following theories were put forward by the Daily Mail…

Trains shunting – Self explanatory – noise comes from trains in reaction to the track and overhead wires.

Construction – Building works, especially if going on at the same time across a specific area, can led to similar sounds.

Aliens – Can this be an alien lifeform in the sky, perhaps scouring out Earth?

HAARP weapon – Rumours persist that the U.S. government uses secret weapons in the sky for defence and weather modifying, the High Frequency Active Auroral Research Program (HAARP). This wouldn’t explain the sounds in other countries however…

The Apocalypse and the Seven Trumpets of Heaven – Seven trumpets are sounded, one at a time, to cue apocalyptic events that were seen in the vision of the Revelation of Christ Jesus, by John of Patmos. Somewhat more worrying as it would signal the end of the world…

The scientists at NASA have a different explanation.  What they think is being heard is simply the natural background noise that our planet is constantly producing…

According to NASA, it could be the earth’s ‘background noise’.

A statement from the agency said: ‘If humans had radio antennas instead of ears, we would hear a remarkable symphony of strange noises coming from our own planet. Scientists call them “tweeks,” “whistlers” and “sferics.”

‘They sound like background music from a flamboyant science fiction film, but this is not science fiction. Earth’s natural radio emissions are real and, although we’re mostly unaware of them, they are around us all the time.’

To me, that explanation by NASA doesn’t really ring true, but I don’t have a really good explanation either.

Do you believe that you know what is causing these strange sounds?

Courtesy of Michael Snyder @ End of the American Dream