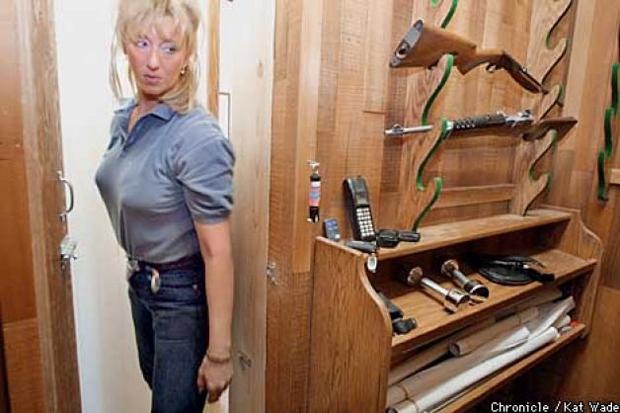 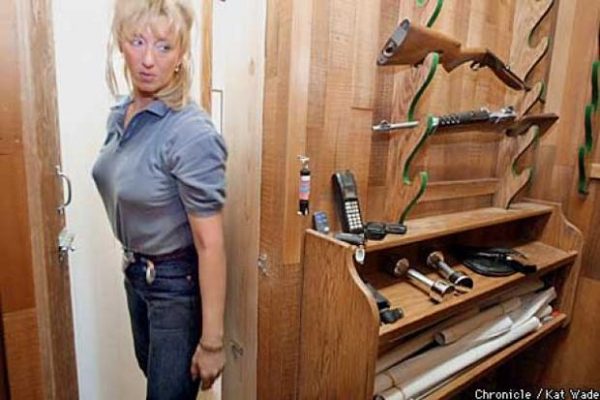 It is an age of vast inequality, and those who stand out, or stand above, are finding places to lay low.

With any number of riots, protests and grumblings on the ground level, elites, VIPs, military commandos and foreign dignitaries are preparing to hunker down.

With vitriol and scrutiny directed at Wall Street bankers, corrupt politicians and misdirected notoriety for celebrities and public figures, the consequences of a growing divide, discontent and general unrest seem to be serious enough for people of means to beef up security and looking for escapes and safe places.

“I know hedge fund managers all over the world who are buying airstrips and farms in places like New Zealand because they think they need a getaway,” he said.

“I think the rich are worried and they should be worried. I mean inequality, why does it matter?” Wallis continued.

But it’s not just elite retreats on private islands, secret getaways and remote countryside farmhouses – where many figures, fearing economic meltdown, civil unrest and more – have already been hedging second and third homes at.

The New York Times profiled the urban chic Secure, Safe Rooms Hidden in Plain Sight that are increasingly being installed by the rich, even as they live in Manhattan penthouses and upscale homes among the populations of the largest metropolitan locations around – putting another layer of security between them and unwanted attention – just in case of, well, almost anything:

“It looked like any old walk-in closet,” [former Senator Bob] Kerrey said of the 8-feet-by-12-feet bulletproof space inside the third-floor master bedroom (a space the former Navy SEAL said he had little use for).

“There was nothing about it that gave it away as anything but a place to hang your clothes.”

That is the point. For centuries, the best way for the wealthy to feel protected, or at least give the impression, was from behind a moat, a gate or an army. Such options are impractical in Manhattan, even for those who can afford them, yet a number of these property owners are finding ways to feel safe even in the event of a home invasion. When an alarm or a doorman is not enough, advances in designs and materials have made it possible to enjoy the safety of Fort Knox amid the comfort of a Four Seasons suite.

The reality of today’s safe rooms is far cozier, and, rather than behind fake bookcases or trap doors, they tend to hide in plain sight. If there are cinder blocks, they are covered by mahogany paneling or smooth plaster, sandwiched between steel plates and Kevlar sheets. Some people fortify bathrooms or closets, others reinforce entire bedroom suites.

With six figure plans just for a small, unassuming room inside a large apartment in a tower (or the like), many of these elites are preparing not just for a breakdown of society, a temporary emergency (like a natural disaster), but for some serious blowback.

This upscale prepping is definitely more than just contingency for disruptions – the overtones are concern for a sharp divide with the masses, and a fear of being targeted for their status, wealth, power or privilege:

“The world is a very scary place right now, especially for people of means; they feel cornered and threatened,” said Tom Gaffney, the president of Gaffco Ballistics, which has installed a number of safe rooms around New York City. “When you have so much to lose, and you can afford to, you put a premium on your safety.”

Perhaps it is yet another reason to think that things are reaching a tipping point. Is a reckoning coming? And are you ready for it?

What the preparations of the rich are telling us is that no scenario is too extreme to consider, and protect against.

Many of the clients profiled by the NY Times were not only making accommodations for fortified doors, hidden areas and security cameras – now standard – but for bulletproof glass and guards against chemical and nuclear attack:

The 40-foot-wide, two-story property is crisscrossed with video cameras and motion detectors, but should a threat become serious, Mr. Wilzig; his wife, Karin; and two children can retreat to the master bedroom, behind a door that weighs 1,488 pounds. Not that visitors could tell, since it pivots as smoothly as any door in the home.

Inside the master bedroom, everything seems normal. The windows look like the typical two-pane variety, and they are, except for a transparent bulletproof polymer, which at the time was cutting edge.

“We’re not a level three secured space, because you could get through there with an R.P.G.,” Mr. Wilzig said, referring to a rocket-propelled grenade, “but if you bring an R.P.G. into New York, you’re pretty determined.”

With that level of guard in a city residence, one can only guess how much more hardened their actual survival bunkers must be, waiting and ready at outside locations…

With all that said, perhaps you should be checking your preparations, too. The signs and signals of society’s swelling problems are obvious enough, and it is clear that many VIPs are not taking these risk factors lightly.

At a much lower cost, prudent, ordinary people can fortify their own homes – or hire professionals to help if need be – for a fraction of the costs that the wealthy are shelling out.

Customized safe rooms, door and window reinforcements and other considerations can be installed easily enough to protect against many of the scenarios, including home invasion, starving masses roaming for food and even SWAT raids.

While a determined force cannot be kept out indefinitely, these measures can buy time and help your family and most important survival assets keep out of sight if and when they come.

Here are just a couple of resources to check out:

• How to Create a Safe Room in Your House or Apartment
• The Prepper’s Blueprint: The Step-By-Step Guide To Help You Through Any Disaster

• Strategic Relocation Guide: How To Position Yourself To Survive A Major TEOTWAWKI Event

Survival and prepping expert Joel Skousen has written several books, including The Secure Home and Strategic Relocation: North American Guide to Safe Places, both of which can give you some good information and creating your safe spaces, and your best retreat options.

This video covers some of the most important points from both:

Whatever you do, just be ready when and if it comes your way…