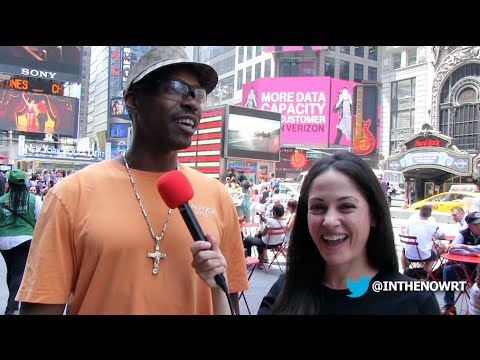 No one has a clue about the Trans-Pacific Partnership

The Trans-Pacific Partnership (TPP) is so monstrous that it will allow foreign corporations to change U.S. laws without the need to even go to court, but as the following video shows, Americans don’t even know what it is and couldn’t care less.

Literally everyone asked about TPP by RT’s Lori Harfenist had absolutely no clue what it was, and almost all of them didn’t really care. One man thought it was a brand of “toilet paper,” which is even more ridiculous than thinking Monsanto is a carpet cleaning company.

It’s not as if Harfenist deliberately chose to talk to bums, virtually all of the individuals seemed upwardly mobile, including one man who worked for Fox News and still had no idea what TPP was.

“I work there but that doesn’t necessarily mean I keep up with it,” said the man.

“They’re coming up with new ways to screw the people,” Harfenist told another individual, who when asked if he cared, responded, “not really.”

“I just don’t care, I have my own problems to worry about,” another woman stated. One of her problems was what hat to buy next.

When asked why no one knew what the TPP was, another individual suggested everyone was busy “looking at naked ladies and Sponge Bob.”

Harfenist later emphasized how the video was not a case of cherry picking only those who were in the dark, literally no one in Times Square, even those she spoke to off camera, had a clue.

I found 0 people who know what the #TPP is, and I spoke to a lot more than are in the video. Reality! https://t.co/TgA11HoeR7

To be fair, it’s a bit of a stretch expecting Americans to know what the TPP is – since many of them don’t even know what World War II was.

As Harfenist revealed in her previous video, some New Yorkers thought that the most important event of the 20th century was a conflict between Saddam Hussein and George W. Bush.

While some may accuse us of cynicism for laughing at the total ignorance of the general public, it’s important to remind yourself from time to time of what you’re up against.

The average IQ in Western nations has dropped by 14.1 points over the past century, while our brains are literally shrinking and the education system is dumbing down our children.

It seems painfully obvious that the instant access to the entirety of the world’s knowledge the Internet has provided has not resulted in a more informed population – unless we’re talking about the Kardashians or Bruce Jenner’s transgender re-assignment surgery.

Here’s a primer on what the TPP actually is and why it represents a drastic threat to fundamental liberties and the rule of law.