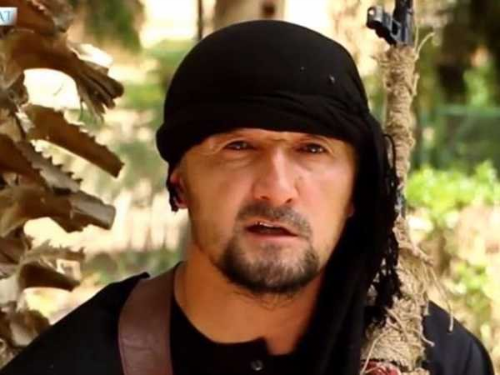 Colonel Gulmorod Khalimov, the commander of Tajikistan’s special police force, announced on YouTube yesterday that he has now defected to ISIS. He disappeared last month, only to reappear this week in a 10 minute video, where he condemned the United States and Russia, as well as his country’s current regime.

Khalimov was in charge of Tajikistan’s OMON, an elite police force that emerged in several Soviet republics in the 1980’s, and is comparable to America’s SWAT teams or Germany’s GSG-9. They’re responsible for counter-terror operations, crowd control, and VIP protection. He was apparently trained by Russian Spetsnaz and American special forces. In the video he proclaimed “Listen, you American pigs, I’ve been three times to America, and I saw how you train fighters to kill Muslims… God willing, I will come with this weapon to your cities, your homes, and we will kill you.”

Khalimov is one of many foreign fighters who were trained by the United States Military to fight our government’s enemies, only to defect to ISIS. He’s a perfect example of what happens when the US tries to meddle in the affairs of foreign countries, by training violent extremists to do their bidding. As to whether or not Khalimov is still serving America’s efforts to destabilize the Middle East, you decide.