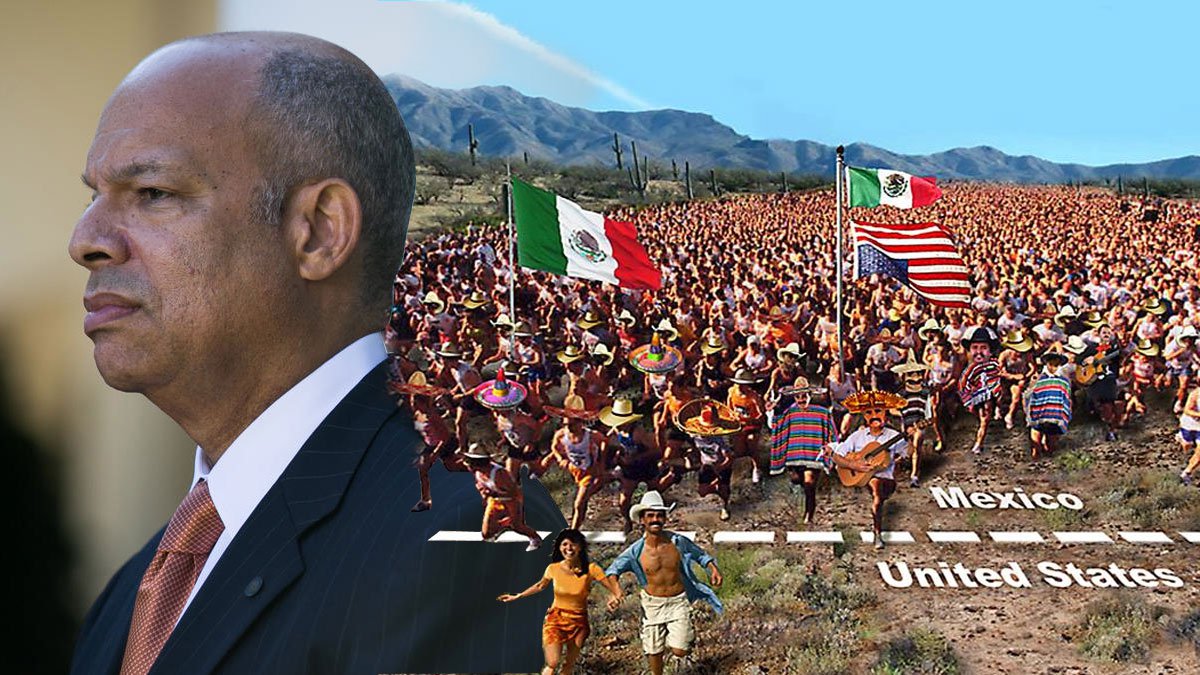 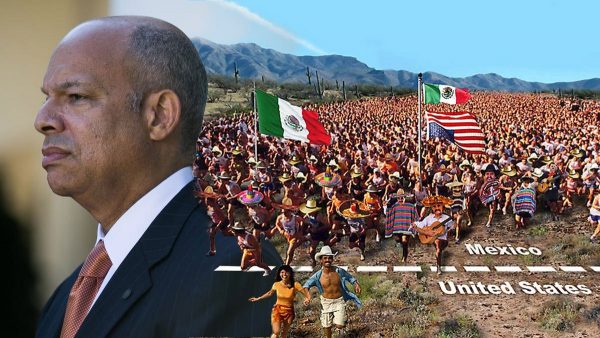 With the issue of immigration still hot on the political landscape following a federal court siding with Texas against Barack Obama’s illegal amnesty, Ann Coulter appeared on Fusion TV to speak with Jorge Ramos in an “honest debate” over immigration. Coulter then claimed that the US has taken in one-fourth of the population of Mexico via illegal and legal immigrants.

Coulter was obviously there to push her new book Adios, America! The Left’s Plan to Turn Our Country into a Third World Hellhole

In doing so, as Coulter always does, she speaks her mind.

Though Ramos believes that the US should take in more illegals, it was Coulter’s claim that we had already taken in ¼ of the population of Mexico into our borders. This made Ramos just a bit nervous and squirming in his seat. However, the question is, is Coulter right?

In 2013, The Washington Times reported that former Border Patrol Agents said there were at least 20 million illegal immigrants in the US. That number was thrown out by Zack Taylor, chairman of the National Association of Former Border Patrol Officers, Inc. Taylor was against amnesty for illegal aliens back then stating, “To even contemplate another amnesty without verification of this basic information is malfeasance in governance and fraud on its face.”

Also in 2013, a report from the Migration Policy Institute was issued that claimed that there were 41.2 million immigrants (13% of the population at the time) in the US. The report claimed there were only 11 million immigrants in the US from Mexico, but doesn’t include those who were here illegally, so in theory, it seems that the Border Patrol agents were probably guessing correctly at the time.

According to the most recent estimates provided by the CIA, the population of Mexico is roughly 120 million people. So how do we get ¼ of the population from that?

Well, Coulter claims that there are 30 million illegals in the country currently. During her debate with Ramos she said pointed out that we have been hearing the 11 million number for years.

“As I explain in the book, they’re all using the Census figures,” Coulter said. “If the Census figures are wrong, then everybody’s numbers are wrong. I’m sorry, but it defies common sense that in the past decade that not one more illegal alien has come.”

“In fact, I cite the work, first of all, of two people advising people about their money, Bear Stearns analysts, and they looked at something other than the Census reports, which relies on people who have broken the law to be here telling the truth in government surveys,” she continued. “They said, no, instead we’re going to look at remissions of money back to Mexico, for example. That is money people send here. School enrollments in illegal alien hot spots. Housing permits in illegal alien hot spots.”

“Back in 2006, they said it was 20 million—two Pulitzer Prize winning investigative journalists who spent a year investigating for Time Magazine, which you are one of the most influential people of—” she said as she was interrupted.

“That’s what they say,” Ramos interjected.

“So you better believe investigative reporters for Time Magazine and Vanity Fair,” Coulter continued. “In 2006, they said there have been another 3 million a year. That adds up to a minimum of 30 million.”

“It says 11.3 (million) according to Pew Research Center,” Ramos responded.

Consider the mass invasion of illegals across the border which was orchestrated by the Obama administration and the fact that he has unilaterally ignored the current immigration laws. That was just in one year and we know that the eye of the media has not been on that issue until the alternative media forced them to report on it.

Coulter does point out something that no one in the media wants to deal with and that is the criminal nature of illegal immigration. Since it is illegal, one would not expect those who are here illegally to just start telling the government they are… at least not until the Obama presidency.

So, if there are roughly 30 million illegals here from Mexico and the estimates last year are that Mexico’s population is 120 million, that would be understand that Coulter’s claim is correct.

She also provided a few more claims in a post following her debate with Ramos.

But for Ramos, he just doesn’t want to see people “die in the desert” while “crossing the border.” Those are risks and they are risks taken by the people doing it. However, one thing Ramos could not answer was just how many Mexicans is the US to accept into its borders? Half the population? Three-fourths? One hundred percent?

Coulter is correct in pointing out that it is an economic issue, but it’s also a culture issue and a moral issue. The question is, when are the people going to enforce the law against those elected to make sure the laws are enforced?