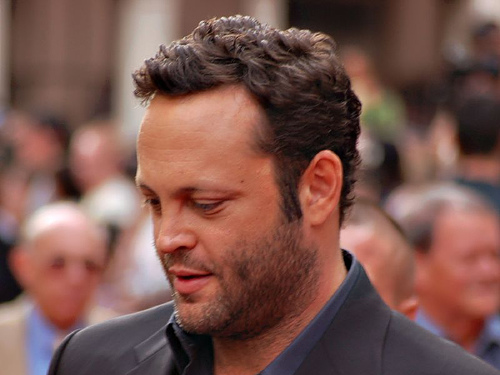 It goes without saying that most members of the Hollywood elite are by and large, completely out of their minds. Even if an actor starts out as humble, down to earth individual, their lifestyle is practically guaranteed to push them away from reality. When you’re paid millions of dollars for pretending to be other people, getting swarmed by crazed fans, having your life turned upside down by a vapid press, and you’re surrounded by yes men who’ll never tell you when you’re wrong, it’s nearly impossible to stay in touch with reality.

But not all actors are empty-headed morons. Vince Vaughn proved as much when he was interviewed by GQ magazine this month. In it, he had some pretty interesting things to say about gun rights and freedom of speech.

“Edward Snowden is a hero. I like what he did. My idea of treason is that you sell secrets to the enemy. He gave information to the American people. Snowden didn’t take information for money or dogmas. Governments claim to write endless laws to protect us, a law for this, a law for that, but are they working? I don’t think so. The consequences are that there is a staggering loss of freedom for the individual.”

And his opinions on gun control and school shootings are sure to turn a few heads in Hollywood.

…It’s well known that the greatest defence against an intruder is the sound of a gun hammer being pulled back. All these gun shootings that have gone down in America since 1950, only one or maybe two have happened in non-gun-free zones. Take mass shootings. They’ve only happened in places that don’t allow guns…

…You think the politicians that run my country and your country don’t have guns in the schools their kids go to? They do. And we should be allowed the same rights. Banning guns is like banning forks in an attempt to stop making people fat. Taking away guns, taking away drugs, the booze, it won’t rid the world of criminality.

Of course, Vince Vaughn may have bitten off more than he can chew. Given Hollywood’s history of treating conservatives and libertarians like pariahs, this interview may have some serious consequences for his career. In Hollywood, if you’re not a progressive liberal, you’d best keep your opinions to yourself if you want a steady paycheck. Don’t expect him to appear in any major motion pictures after this interview.