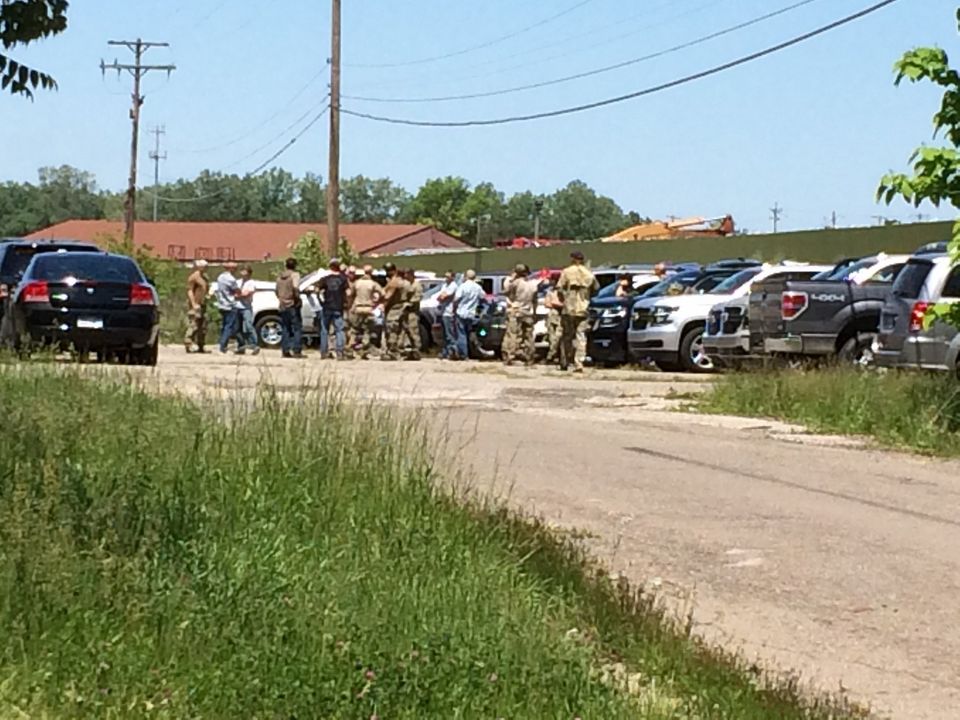 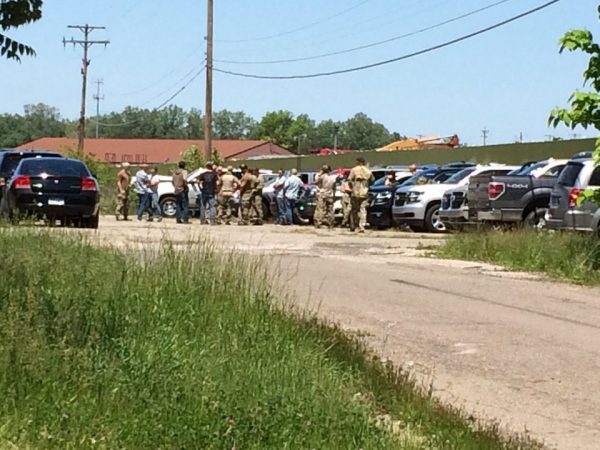 (INTELLIHUB) — A ten-day US Army urban military training exercise has begun in Flint, Michigan with explosions rocking neighborhoods and scaring residents who had no idea what was actually happening.

With less than three hours between a city press release and the beginning of the exercise, residents were left in the dark about the urban military training until the last possible moment. Most had no idea what was happening as their homes shook from the force of the simulated explosions.

“It was like a big huge explosion, it shook my whole house, it shook the ground.”

“I mean it was loud, it blew up the whole sky or whatever, it was like four or five big bangs,” local resident Annette Humphrey told WNEM News.

According to mlive.com, a city press release on the training said, “Elements of the U.S. Army are conducting training June 1-12 in designated parts of southeast Michigan, including the Flint area.”

The urban training, conducted at a closed junior high school and complete with sounds you would normally only hear in a warzone, will include the use of helicopters and simulated ammunition on top of detonations like the ones already felt by residents.

A statement from the military confirmed, without a doubt, that the training is to prepare soldiers for deployment in an urban setting which in military PR doublespeak means to prepare them for use in an American city near you.

The training, “will give personal the upper hand when they go into urban combat.”

Why all the urban military training?

The training in Michigan is merely the latest example in a long line of urban military training that has either been conducted or announced within the last 3 months.

From military training with local police for domestic house to house raids to Marines openly practicing for the internment of American citizens, training to take on the American people has hit previously unseen levels.

With so much news being released by the alternative media in regards to the plans for martial law one has to wonder why are we all of a sudden seeing this publicly happen now?

While there has absolutely been plans for martial law after some sort of massive civil disturbance dating back at least 60 years, in the past the military would either train away from the public or put huge effort into insuring that any training the public did see was clearly training for overseas deployment.

Now, day after day, month after month, we see dozens and dozens of reports from mainly local mainstream news outlets that detail some sort of urban training going on in their area without ever mentioning that similar training is happening throughout the country.

Simply put, if there wasnt something big planned for the near future why would all this training be clustered in a few month period rather than spread out as they have done over the years? (every summer there is an increase in domestic military training but nothing in the recent past like what we are seeing now)

Millions of people read the independent (some say conspiracy theory orientated) alternative media and while not all of those readers believe everything they read, the sheer amount of evidence brought forth so far indicates that there are tens of thousands of people who are, in varying degrees, worried about the military being used against the civilian population.

If this is true, then one would imagine that there are at least a small minority of people who work within different government agencies that are also worried about this now public plan.

There have been various whistleblowers throughout the years who have shared their worry and now, after a stunning report by a mainstream news outlet, we have confirmation that at least some of the people who work in the Pentagon are worried about what they see as Obama’s plan to use the military against the people.

In the viral Washington Times report, an anonymous Department of Defense official revealed their belief that a DoD Directive outlining military support to civilian authorities was literally the latest step towards the President using military force against the American people.

“This appears to be the latest step in the administration’s decision to use force within the United States against its citizens,” said the defense official.

According to the report, another anonymous US Official also claimed that President Obama considered using the military during the Bundy Ranch standoff but eventually decided against it.

This revelation destroyed the outright lies put out in over 200 mainstream news articles in the last 2 months that have claimed that only far right “conspiracy theorists” are worried about things like Jade Helm and martial law when in reality officials within the Pentagon (and most likely every single government agency) are themselves stressed over what they see as an undeniable buildup to using military force on America streets.

The major questions that remain include what will cause the initial call for troops on the streets and when/if this will actually happen. Unless we have a major whistleblower those questions will likely remain unanswered until it is too late.

To end on a more optimistic note, it is a good sign to see a defense official risk it all and give the above quote to a mainstream news outlet.

Hopefully, there are many more like he or she and they will come together and stop this from happening before it gets so out of control that there is no turning back.

Residents expressing their frustration over urban training is also noteworthy as it shows that when these plans for martial law start to directly affect the people, the people will respond.