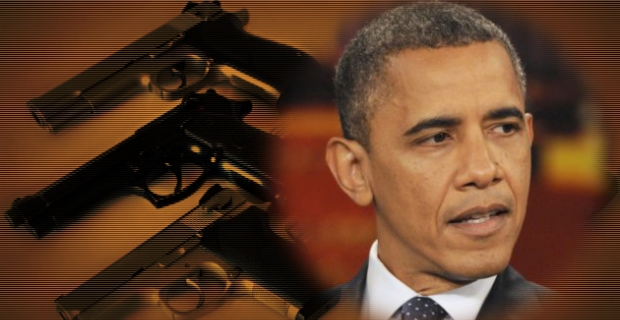 In the May “Unified Agenda,” the Obama Administration has buried several gun control gems within the some 2,300 new rules that are proposed for “final action.”

One of the rules–RIN: 1140 AA04–will expand persons barred from gun ownership and possession by including “misdemeanor crime of domestic violence” as grounds for forfeiting the right to “ship, transport, possess, or receive in or affecting commerce firearms or ammunition.” It would also make it “unlawful for any person to sell or otherwise dispose of a firearm or ammunition to any person knowing or having reasonable cause to believe that the recipient has been convicted of such a misdemeanor.”

Yell at your wife? Spank your kid? You could easily fall under that one.

Another rule–RIN: 1140 AA47–broadens the number of people barred from gun possession by expanding the ATF’s mental health provisions on background checks. The NRA pointed out that because most mentally ill persons pose no threat to society, the new regulations will actually become “snares [for] masses of mostly harmless individuals.”

Lastly, rule–RIN: 1140-AA43–impacts trusts that hold firearms regulated under the National Firearms Act. The rule requires trusts, corporations or legal entities possessing the guns to produce a “responsible person” who can undergo a background for guns in probate, before they are passed to a descendant. This person would “complete a specified form” and “submit photographs and fingerprints” simply to hold the guns while the estate is settled.

And there are more, but that gives you an idea how this works…

Apparently, the Administration is currently working on “more than a dozen” new gun control rules that will circumvent Congress completely, including new rules for people who do not “qualify” to own a gun anymore.

Considering Obama and more recently Eric Holder have repeatedly publicly lamented the fact that harsher gun control laws have not been passed, this is probably not the last of it we will see before the end of Obama’s term.