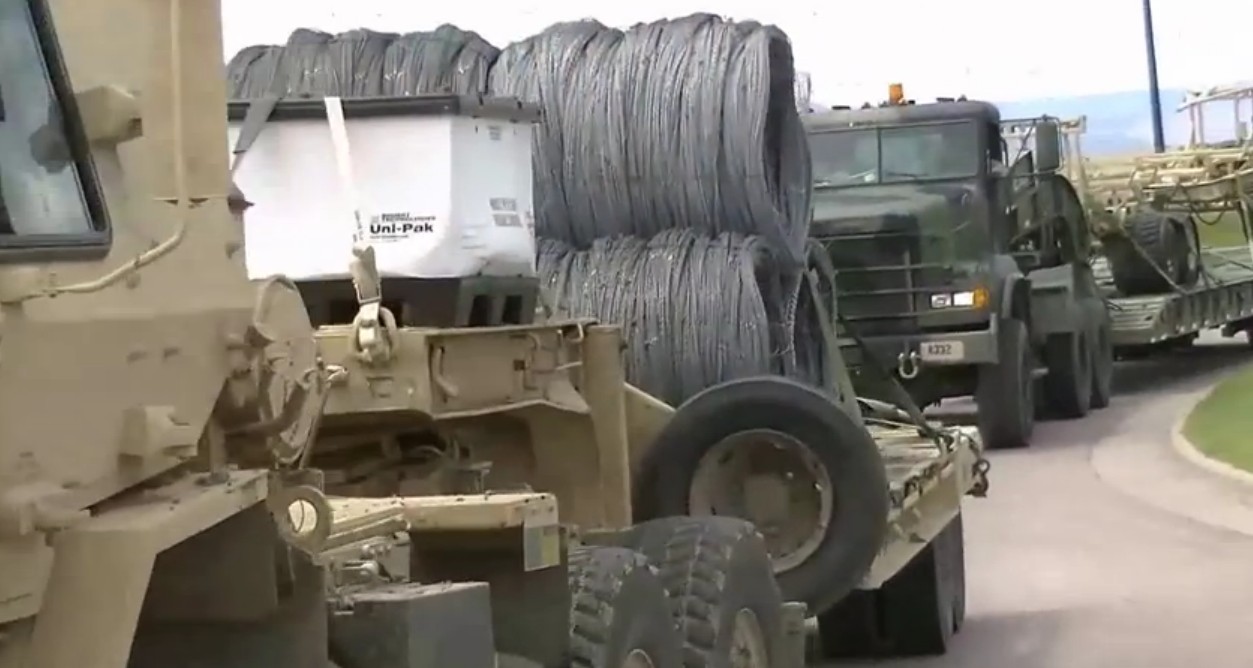 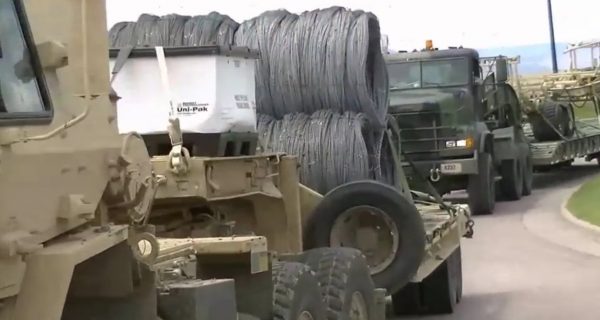 SOMETHING VERY UNUSUAL IS NOW HAPPENING

(INTELLIHUB) — Photos and video footage have started to pour in out of Colorado with the kick off of the massive 4,000 troop war game known as Raider Focus.

The war games include the largest military convoy seen in the state since World War II and, indeed, the footage released so far does show a series of massive military convoys traveling through a rest stop near Trinidad, Colorado.

Interestingly, the photos show that the military is moving razor wire within the convoy and although what has been photographed so far isn’t that much, when you consider the fact that convoys are leaving every thirty minutes you can imagine how much razor wire could be moved.

Some have speculated that the razor wire could be connected to possible military camps within Colorado or could be used for internment of American citizens.

As Intellihub News has documented multiple times, plans and training for internment camps in America are a documented fact.

“Here is the official U.S. federal government and military documentation confirming that they are erecting an extensive framework and infrastructure of internment camps in the United States, in preparation for economic collapse and mass civil unrest,” wrote Timothy A. Pope.

The fact that we are seeing razor wire being moved in the convoys to Pinon Canyon doesn’t on its own mean much but when you consider it in the context of the information above, a startling picture emerges.

As Raider Focus continues more footage will surely be released now that a massive number of Americans are seemingly aware of the push towards martial law and are on the look out for anything suspicious.

Note: Radio host and independent journalist Alex Ansary also posted a video at the Colorado rest stop that shows a better overall picture of what is going on than any close up photo.