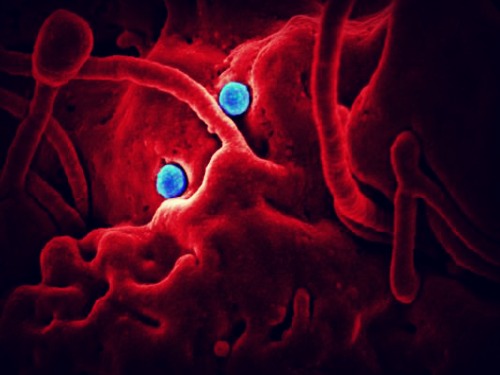 It has now been confirmed that 30 people in South Korea have contracted MERS, a deadly virus from the same family as SARS, and officials believe that number is going to grow. Two people have died, and another 1,364 people are currently being quarantined. The Korean government has closed down over 230 schools to prevent the infection from spreading.

MERS, which stands for Middle East respiratory syndrome coronavirus, is a relatively new virus discovered in Saudi Arabia in 2012. According to the CDC, people who contract MERS wind up with a severe and often deadly acute respiratory illness.

CNN reported, “The extent of the outbreak in South Korea has taken many by surprise — mainly because the virus has not been shown to spread easily between humans and the health care system in the country is considered to be sophisticated and modern.”

Articles on this growing epidemic continue to stress that it isn’t usually spread easily between humans, but that information seems contradictory to what is actually happening in reality on the ground in South Korea right now.

Officials are noting that these cases have stemmed from hospitals, once again proving they aren’t exactly the best place to go for mass viral outbreaks. One hospital in South Korea has been temporarily shut down in an attempt to stop the virus from spreading.

Only two cases have ever shown up in the U.S., both in May 2014. Some 500 individuals have tested negative here since then. Of course, if Ebola is any clue, the U.S. may start shipping MERS patients here… you know, just because the CDC and State Department can.