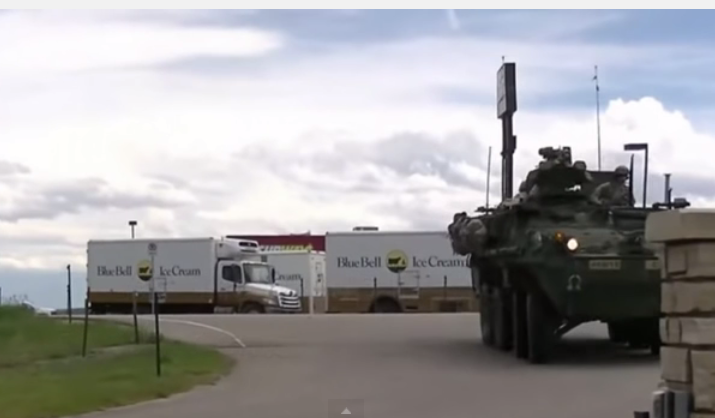 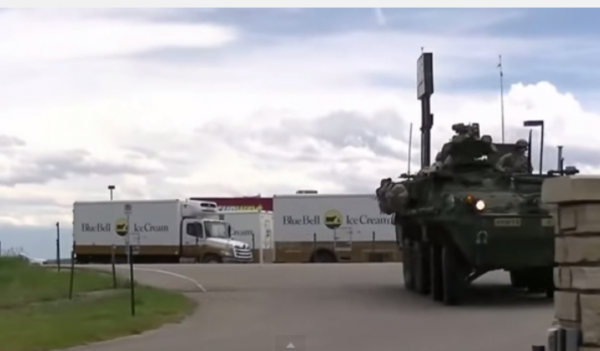 (INTELLIHUB) — In yet another unexplained revelation concerning continued military movements throughout the country leading up to Jade Helm 2015, a YouTuber has documented yet another series of photos that seem to show Blue Bell ice cream trucks in the middle of Operation Raider Focus.

What makes the above video and photo so interesting is that this is the second time something like this has been spotted. After the first story went viral, company representatives claimed it was simply a coincidence (which seemed possible) but now one has to wonder what is actually going on.

When the first video came out, Shepard Ambellas detailed the fact that disaster plans uncovered by Intellihub call for the use of refrigerated trucks.

Page 18 of the Arizona State Pandemic Influenza and Mass fatality Response Plan details how bodies, human remains, should be disposed of in case a pandemic or major disaster were to take place; occur.

Shockingly the plan basically describes how authorities would commandeer “refrigerated trucks”, like the ones spotted in the midst of a recent military convoy, as “air conditioning” alone “will not suffice” when it comes to transporting bodies in the heat.

The State’s plan also details how all commercial “markings” on such vehicles should be “removed” to thwart the general public once the vehicles have been put to use.

Moreover the document describes how such refrigerated vehicles shall transport bodies “discreetly” in a time of crisis, even under the cover of “night”, proving that such plans are indeed in effect and have been since as early as 2007.

“The discovery and video footage of at least 10 Blue Bell ice cream trucks traveling south in Colorado, along side a military convoy, likely concludes that the trucks may be being readied for use in an upcoming militarized operation, whether being training or otherwise. Keep in mid that JADE HELM 15 is just around the corner.”

On first read it seems ludicrous that ice cream trucks would be involved with the military but when you put together both documented sightings and the pandemic disaster plans it begs the question.

What is actually going on?