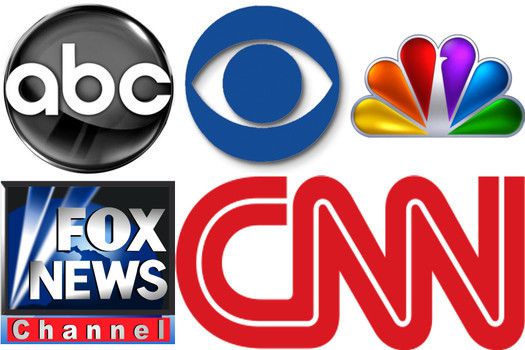 “We’ll know our disinformation program is complete when everything the American people believe is false.” William Casey, CIA Director, 1981

Over and over again at each event that I speak at across the country, I always highlight how this administration is using the Saul Alinsky tactics against the American people.

“Power is not only what you have but what the enemy thinks you have.” – Saul Alinsky, “Rules for Radicals: A Practical Primer for Realistic Radicals,” p. 126

This past week, we saw Hillary Clinton had only 50 women show up at one of her presidential fundraising campaigns. Ultimately, she allowed men in due to the pitiful turnout. Yet, Americans are told that she is leading the presidential candidate polls. America, who told you that?

This, of course, comes to you directly from America’s tolerated “useful idiots” that work for the lying, state-controlled media. If you think, I’m joking about the media, just take a look at the following quotes.

“Our job is to give people not what they want, but what we decide they ought to have.” -Richard Salant, Former President of CBS News

“The New York Times is deliberately pitched to the liberal point of view.” -Herman Dismore, Foreign Editor of the NY Times

“We are going to impose our agenda on the coverage by dealing with issues and subjects that we choose to deal with.” -Richard M. Cohen, Senior Producer of CBS Political News

So, here we go with a bit of kickback so you can understand how things work concerning those who mean to rule over you with the use of the state-controlled media.

If you remember, CNN’s president resigned 2 years ago due to the low viewership it received. Maybe this will shed some light as to why he resigned. Amber Lyon, former news anchor for CNN, said she was ordered to report fake stories, delete unfriendly stories adverse to the Obama administration and construct stories in specific manners while working for the left-wing network. Lyon said CNN was paid by U.S. and foreign governments for reporting on some events and not reporting on others. She also stated that the Obama Administration pays for CNN content. The New York Times actually blurted out the truth in their confusion (to their credit, I might add) that all information coming out of the Obama administration is first vetted.

Or what about MSNBC? I’m sorry I even have to bring them into the equation, but their slogan during the election campaign happened to be “Lean Forward,” which is directly derived from the communist playbook. MSNBC parades people like radical lesbian Rachel Maddow, the shameful uncivil rights want-to-be leader Al Sharpton and Chris “it’s a terrible place to be when you’re brains are in someone else’s head” Matthews.

MSNBC’s ratings can’t get any lower than a snake’s belly, and that is just where they happen to be right now. These outlets are the ones that are attempting to remind those who do not have enough common sense to know right from wrong that Barack Hussein Obama has the support of the majority of Americans.

Nothing could be further from the truth!

Don’t you remember that in the 2010 elections, 63 Democratic representatives were unseated?

Do you remember that Barack Hussein Obama had to move the 2012 Democratic Convention from a 74,000-seat arena to a 20,000-seat arena, and he still couldn’t fill the seats by giving away free tickets?

Do you remember when it was reported in Milwaukee that people filled up an 18,000-seat arena to see Barack Hussein Obama when, in fact, there were only 5,000 seats available?

Do you remember that 70 percent of Obama’s Twitter followers were found to be fake accounts, created out of thin air?

Do you remember when Stevie Wonder couldn’t get 200 people to show up for a fundraiser for Barack Hussein Obama?

Did you forget that during the 2013 inauguration there weren’t even enough people in Washington, D.C. to fill up the hotel rooms?

And, of course, you surely haven’t forgotten the massive voter fraud that took place in the United States in the last election.

But America you already knew this, unless, of course, you are watching MSNBC, CNN, ABC, CBS or FOX News.

To show that there is nothing new under the sun (Ecclesiastes 1:9) and that what happened under Adolph Hitler’s rise to power is in stride with what is happening in America today, read this quote, which is often attributed to Hitler’s Propaganda Minister, Joseph Goebbels.

“If you tell a lie big enough and keep repeating it, people will eventually come to believe it. The lie can be maintained only for such time as the State can shield the people from the political, economic and/or military consequences of the lie. It thus becomes vitally important for the State to use all of its powers to repress dissent, for the truth is the mortal enemy of the lie, and thus by extension, the truth is the greatest enemy of the State.”

Fredrick Douglas summed this column up perfectly when he stated, “Find out what people will submit to, and you have found out the exact amount of injustice and wrong which will be imposed on them.”