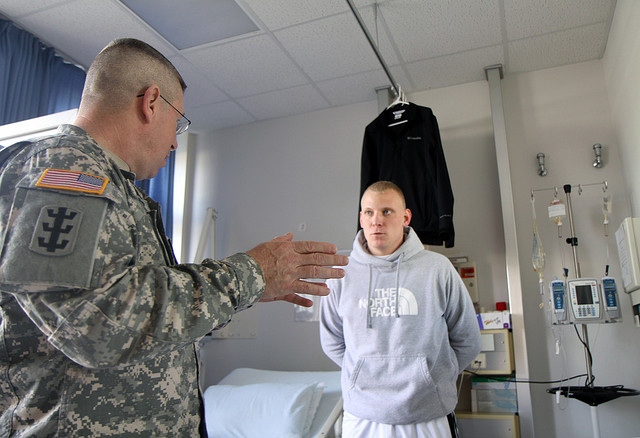 KENNEWICK, Wash. (INTELLIHUB) — A tip was sent to me by a reader via email Saturday documenting how the U.S. Army Corps of Engineers is now soliciting civilian workers for “maintenance” positions ahead of what appears to be an upcoming and potentially ‘imminent event’ of some type.

Shockingly as listed in the solicitation numbered “NCFL156545791382984S” which is posted at USAJobs.gov the Army Corps of Engineers is literally calling upon skilled individuals amongst the civilian population in search of potential prospects rather than using already active Army personnel.

The “job summary” section of the solicitation strokes the prospect’s ego, reading:

“Civilian employees serve a vital role in supporting the Army’s mission. They provide the skills that are not readily available in the military, but crucial to support military operations. The Army integrates the talents and skills of its military and civilian members to form a Total Army.”

It’s also important to note that the position may extend up to “four years” and that “employees” will be required to respond to “disaster stricken areas of the US”.

Did I miss something?

Disaster stricken areas of the U.S., WTF does that mean?

Does the U.S. Government know something that they have not yet told the general public?

Is there an impending disaster looming such as the eruption of the Yellowstone supervolcano or possibly a predestined asteroid impact which rumor has may be coming in September? After reading a potion of the solicitation’s “about” section  you may be asking these very questions too. It reads:

“Employees occupying these positions will provide emergency support to disaster stricken areas throughout the US. Employees must pass a stringent medical screening and be prepared to live and work in extremely austere conditions. Work schedule will initially be arduous, with much overtime. Sleeping arrangements may be limited to using a sleeping bag or in the vehicle used to move from location to location. The duty station for pay purposes for these positions is Kennewick, WA with possible 75% or Greater Business Travel in various locations throughout the US.”

Additionally it’s important to point out that “Kenniwick, WA” is only the “duty station for pay purposes”, signifying that employees who have accepted the position can end up anywhere throughout the U.S. as “75%” of the job is listed as “travel”.

Interestingly duties of the job include: