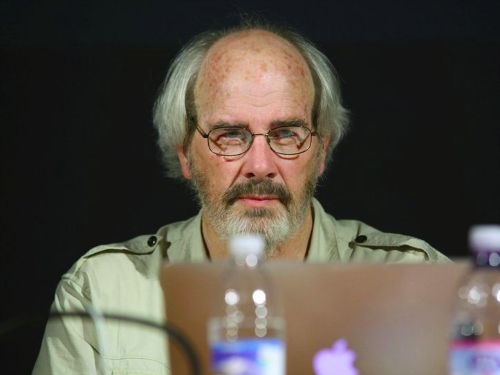 Jack Horner is a Paleontologist who has served as a technical adviser for every Jurassic Park movie in the franchise, and was actually Michael Chrichton’s main inspiration for his character, Dr. Alan Grant. But apparently, working with fictional dinosaurs all these years has gone to his head, because he believes he can use genetic engineering to create a real live dinosaur.

Ever since working on the first film, he’s been trying to find a way to attain prehistoric DNA, but with no success. But after 20 years of failed attempts, he thinks he may have a way, and it doesn’t involve mosquitoes trapped in amber. Horner plans to work with animals that already exist, like the chicken. Avian species are the closest living relatives to many of the dinosaurs, and he wants to turn the clock back on their DNA. Those ancient dinosaur genes are apparently still there, and scientists may be able to displace the modern genes with their predecessors.

Like the researchers who recently engineered chickens to have dinosaur snouts instead of beaks, Horner wants to do this for research purposes, rather than entertainment. But he also added that “if we can make a dino-chicken, it’s pretty cool.” He expects to pull this off within the next 5-10 years, though one must wonder if Horner learned anything from the films he worked on.