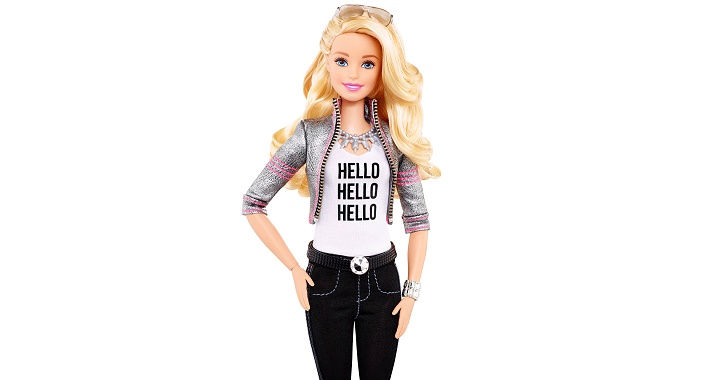 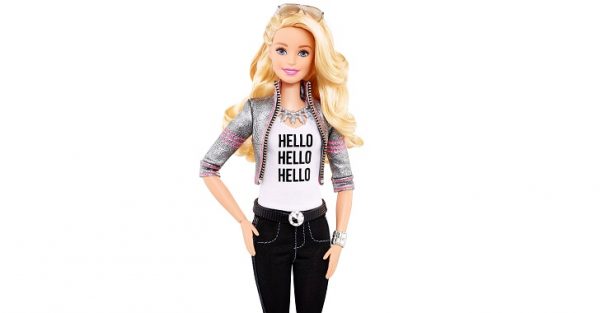 In what has got to be one of the creepier consumer moves of recent years, Mattell has launched a new Barbie doll that can record childrens’ voices and upload them to the internet. Come Autumn of 2015, the ‘Hello Barbie’ doll will facilitate two-way conversations between children and their dolls. While the ostensible purpose of this technology is to create a doll that has seemingly organic conversations with kids, it’s difficult to not see this as yet another strange Orwellian surveillance tool.

As of yet, there is no direct evidence that the dolls will actually be spying on the kids in real time, but we do know they will be archiving everything the children say in a database, likely to be sold to data mining companies.

Originally used at charities, a few parents made the unnerving discovery that in order for the doll to work, their children’s voices had to be uploaded to the internet via WiFi. The doll ‘listens’ to the kids, transmits their words to the cloud and then uses Siri-like algorithmic artificial intelligence to issue a response.

In the above video, notice how Barbie’s questions seek to garner personal information about the child, her interests and her family. For example, Barbie remarks: ‘I love New York, don’t you?’ Then she asks: ‘Tell me, what’s your favourite part about the city?’ When the saleswoman responds by saying she likes Italian restaurants, Barbie says: ‘You have to take me to try it!’

So imagine this same scenario with children involved: their likes and dislikes, interpersonal information about their families, etc.

According to the Washington Post, “Hello Barbie works by recording a child’s voice with an embedded microphone that is triggered by pressing a button on the doll. As the doll “listens,” audio recordings travel over the Web to a server where the snippets of speech are recognized and processed. That information is used to help form Hello Barbie’s responses.”

However, executive director of the nonprofit Campaign for a Commercial-Free Childhood, Susan Linn, said: “Kids using ‘Hello Barbie’ aren’t only talking to a doll, they are talking directly to a toy conglomerate whose only interest in them is financial.”

The privacy policy of ToyTalk (the subdivision which manages Hello Barbie) makes it clear that the information could be used in a variety of ways:

The issue of data gathering is particularly relevant in light of the recent passage of the USA FREEDOM Act, the successor to the PATRIOT Act, that essentially transfers certain powers of surveillance and data collection from the NSA to private contractors. The government has certainly not relinquished all or even much of its surveillance abilities, but it seems they are outsourcing and privatizing certain aspects of it.

With the new ‘Hello Barbie’ doll, we see yet another example of ubiquitous surveillance and corporate data gathering. Once again, they’ve ingeniously integrated the technology into our homes and, this time, they’ve enlisted our children as the unwitting messengers.